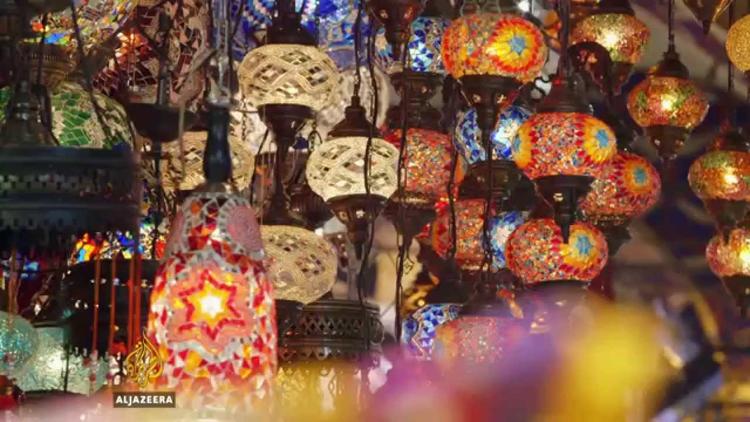 SHARJAH – The Muslim world’s past contributions to science and education were extraordinary. The Islamic “golden age” – during which scholarship and learning flourished across the Muslim world – lasted many centuries, and included the establishment of the world’s first universities. Today, however, Muslim-majority countries lag well behind the rest of the world in terms of education and research. This must change if the region is to provide modern jobs and better lives to its booming population and keep up with global development.

As it stands, only one university from the Muslim world – Turkey’s Middle East Technical University – makes the top 100 in an international ranking, and only a dozen or so can be found in the top 400 in various other lists. While there are no international standardized tests in science and math at the university level, fourth-, eighth-, and tenth-grade students in the Muslim world test below the global average in these subjects, according to the Trends in International Mathematics and Science Study and the Program for International Student Assessment. And the gap with students elsewhere is widening.

Project Syndicate needs your help to provide readers everywhere equal access to the ideas and debates shaping their lives.

Moreover, research output – as measured by publications and citations in international journals, as well as patents – is disproportionately low relative to population and financial capabilities. Muslim countries spend, on average, only about 0.5% of their GDP on research and development, compared to the global average of 1.78% of GDP and the OECD average of above 2%. The number of people working in science fields in the Muslim world is also well below the global average.

Eighteen months ago, a nongovernmental, nonpartisan task force of international experts – convened by the Muslim World Science Initiative and the Malaysian Industry-Government Group for High Technology, and coordinated by me – set out to explore the sorry state of science in the Muslim world and determine how universities could help to improve the situation. A better understanding of the various issues and possible remedies could enable science to flourish again in the Muslim world, with far-reaching benefits for its economies and societies.

Our review of the state of science at universities in the Muslim world took into account not just budgets and research, but also issues like the status of women in science studies and careers. Moreover, we conducted a thorough review – the first of its kind – of how science is taught at universities in the Muslim world, including pedagogical methods, textbooks, language of instruction, censorship of “controversial” topics (such as the theory of evolution), and the role of religion in science classes.

In a just-released report, the task force concludes that, though the overall state of science in the Muslim world remains poor, much can be done to improve it effectively and efficiently. The task force offers specific recommendations for academic institutions, national policymaking bodies, and other stakeholders, such as science academies, industry associations, and civil-society organizations.

For academic institutions, one major goal should be to build students’ capacity for creative thinking and critical inquiry. To this end, the task force recommends broadening the education of science-focused students to include humanities, social sciences, languages, and communication. At the same time, it calls for the adoption of internationally tried and true teaching methods, particularly “inquiry-based” and “active-learning” approaches. Of course, such a shift would require professors to receive training in these methods.

Professors should also be encouraged to dedicate themselves to writing textbooks and conducting science outreach, not just publishing more papers. This recommendation may be surprising, given the Muslim world’s low research productivity. But the reality is that such efforts will produce more real-world benefits than a single-minded focus on publication, which can inadvertently encourage plagiarism and junk science.

The task force has recommended that national policymaking bodies grant universities more space to innovate (especially in curricula) and evolve (in research programs and collaborations), each in its own way, according to its strengths and weaknesses. And it has called on all institutions to embrace meritocracy and shun gimmicks likes paying for “collaborations” to boost publications. A quick rankings boost is never worth the risk of reputational damage in the longer term.

These steps require a bottom-up program of change. That is why the task force has now put out an open call for universities across the Muslim world to join a voluntary Network of Excellence of Universities for Science (NEXUS). Overseen by the task force, this self-selected peer group – comprising university administrators and faculty who recognize that change must start from within – will implement the steps that the task force has devised.

The hope is that once the first group of universities’ efforts begin to bear fruit, more institutions will join. The resulting momentum will create pressure for ministries, regulators, and other policymaking bodies – which may be the most resistant to change – to take complementary steps.

Universities are hubs of research, critical thinking, and lively debate, where the next generation is not only exposed to established facts and theories, but also learns to dissect ideas, pinpoint flaws, and help enrich and expand our knowledge base. At a time when the Muslim world is facing unprecedented challenges, the importance of creating a healthy academic environment cannot be overstated.

Nidhal Guessoum is Professor of Physics and Astronomy at the American University of Sharjah, United Arab Emirates.

Aljazeera English: “Science in a Golden Age – Chemistry: The Search for the Philosopher’s Stone”