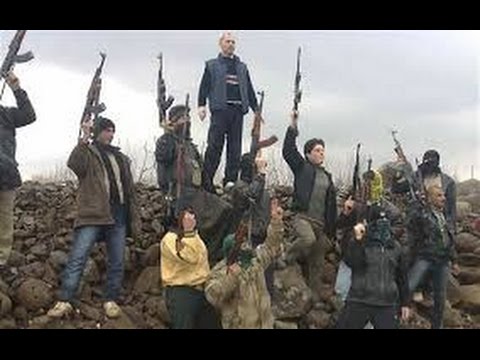 Russian air strikes in Syria are coming closer and closer to the Turkish border in Latakia in the northwest, and there are rumors that Russia is looking at establishing an airbase at Qamishli in the largely Kurdish northeast of Syria. Turkey risks having Russia as a neighbor all along the Syrian border to Turkey’s south, as well as beyond the Black Sea to its north.

Turkish President Tayyip Erdogan said at a news conference, “We have said this from the beginning: we won’t tolerate such formations (in northern Syria) along the area stretching from the Iraqi border up to the Mediterranean. . .”

Over on the Mediterranean side, Russian air strikes have enabled the Syrian Arab Army of the Bashar al-Assad regime to move back into northern Latakia Province, taking a large number of villages in the far northern areas of Turkmen Mountain and Kurd Mountain.

The strategic city of Rabia was surrounded on three sides by government troops.

Syrian government sources maintained that 150 rebels had been killed in the fighting, including guerrillas of the Nusra Front, while others had fled across the border into Turkey.

It was to protect the anti-regime Turkmen fighters of Turkmen mountain that last fall the Turkish air force shot a Russian fighter jet out of the air.

The SAA has also retaken Salma in the east of Latakia Province. Salma had been in rebel hands for 3 years and is in higher land and so was a useful way for the rebels to dominate the surrounding area.

Russian strategy since last October has been to intervene from the air to give courage to the Syrian troops and allow them to push back the rebels from the key port city of Latakia in the province of the same name. The al-Qaeda-allied Army of Conquest (Jaysh al-Fateh) has the neighboring province of Idlib to the east and has a key position in Jisr al-Shughour, a town in the highlands overlooking Latakia from which an assault could easily be launched. One of the Army of Conquest coalition partners is the Nusra Front or the Support Front, the chief al-Qaeda franchise in Syria, which reports to Ayman al-Zawahiri (one of the masterminds of the 9/11 attacks on the US).

The Nusra Front has been flooding fighters also into northern, mountainous Latakia, where Turkmen villages are split, with about half in the ranks of the anti-regime rebels. Turkmen speak a language close to Turkish and came into the Arab world as nomads from the 8th century forward, originating in Inner Asia.

The Syrian Arab Army on Friday made substantial advances in Turkmen Mountain in the far north of Latakia Province near the Turkish border, taking numerous villages and expelling al-Qaeda and allied fighters. This drive to reestablish regime control so close to the Turkish border has alarmed the Turkish government, which had been arming and supporting the rebellious Turkmen.

As of Friday, Turkey’s proxies seemed to be losing very badly, and it is unclear what options Ankara now has except Erdogan’s bluster.