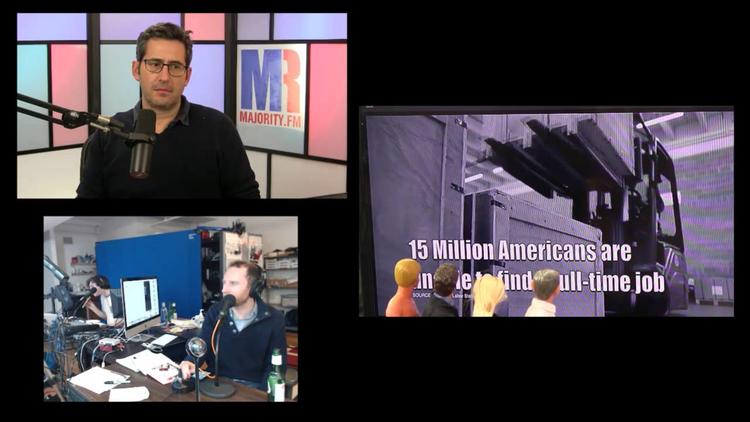 The GOP presidential debate last night veered even further right on international issues, given the absence of Ron Paul, who represents the Libertarian wing of the party that is less interested in foreign wars.

Ted Cruz started off with a promise of war on Iran over the brief detention of 10 US sailors who drifted into Iranian waters:

“And I give you my word, if I am elected president, no service man or service woman will be forced to be on their knees, and any nation that captures our fighting men will feel the full force and fury of the United States of America.”

As Glenn Greenwald pointed out, the more Neoconservative US media were hoping to use the Iran incident to cast a pall on the nuclear deal and the end of sanctions, and gin up war fever in the US. Why an incursion of the US Navy into Iranian territorial waters and a brief detention after which the sailors and their ship were released should be an affront to the US as opposed to Iran is not clear. It is also not clear what the US Navy was actually doing in Iran. Cruz attacked Obama for not bringing the incident up in his State of the Union address, but that was because Obama and John Kerry had assurances from Iranian Foreign Minister Javad Zarif that the sailors would be released shortly. They could get that assurance because Kerry and Zarif have a good working relationship coming off two and a half years of intensive diplomacy. That, Mr. Cruz, is how you resolve minor conflicts. Not with the “full force and fury” of your country, especially when it is in the wrong in international law. And what the full force and fury really means is that you intend to get US soldiers, sailors and Marines killed for no good reason.

Then Maria Bartiromo threw this set of soft balls to Chris Christie:

“BARTIROMO: We know that recent global events have many people worried — Iran detaining American sailors, forcing them to apologize; North Korea and its nuclear ambitions; an aggressive China; and a Middle East that continues to deteriorate, not to mention ISIS is getting stronger.”

As noted, the detention of American sailors was their own fault and they did commit a wrong so if they apologized that was only right (what do you think would happen if 10 Iranian sailors came up near the New York shore?). China’s “aggression” seems mainly to be doing landfill in their territorial waters. China hasn’t invaded anybody recently, whereas the US has thrashed about invading numerous countries, and droning the ones it didn’t invade. Rather than strengthening, Daesh (ISIS, ISIL) has lost 40% of its territory; and it isn’t clear what she means that the Middle East is ‘deteriorating’ except that Israel is stealing a lot of Palestinian land in the Occupied West Bank and killing Palestinians when they resist.

Christie responded that he would work with US allies. As far as I can tell, Sec. Kerry has done that very intensively. What alliances would Christie strengthen, exactly? Then Christie said, “It’s a — it’s absolutely disgraceful that Secretary Kerry and others said in their response to what’s going on in Iran that this was a good thing; it showed how the relationship was getting better.” He associated himself with Cruz’s saber-rattling and underscored that the GOP candidates saw the diplomatic resolution of the 16-hour detention of US sailors who came into Iranian territory to be a terrible waste of an opportunity for a war.

JEB! took on President Obama’s attempt to calm the public the eff down about Daesh:

“Think about it. With grandiose language, the president talks about red lines and nothing to follow it up; talks about ISIS being the JV team, they form a caliphate the size of Indiana with 35 (thousand) to 40,000 battle-tested terrorists. He’s missing the whole point, that America’s leadership in the world is required for peace and stability. ”

Yes but actually Daesh doesn’t have territory the size of Indiana. It is more like Oklahoma. And they’ve lost a lot of it in the past year. And 35,000 fighters isn’t very many. Iraq under Saddam Hussein had a million-man army, which the US handily defeated. We should have our hair on fire because of 35,000 juvenile delinquents in some dusty desert towns in countries where the government collapsed (JEB!’s brother made one of those governments collapse, by the way).

Then Donald Trump linked the Paris and Jakarta bombings to immigration. But those were done by locals. Trump used the San Bernardino shootings as a reason to stop immigration. But he didn’t refer to the Planned Parenthood shooting from around the same time, done by a white guy whose family had been here for a bit.

John Kasich then broke from the consensus that the US has to strengthen its alliances in the Middle East, by attacking Saudi Arabia.

“In terms of Saudi Arabia, look, my biggest problem with them is they’re funding radical clerics through their madrasses. That is a bad deal and an evil situation, and presidents have looked the other way. And I was going to tell you, whether I’m president or not, we better make it clear to the Saudis that we’re going to support you, we’re in relation with you just like we were in the first Gulf War, but you’ve got to knock off the funding and teaching of radical clerics who are the very people who try to destroy us and will turn around and destroy them.”

Then Kasich quickly lost the Millennials by remembering that he used to be worried about the spread of something called communism in Central America back in the 1970s.

Then Kasich quickly backed off everything he said about Saudi Arabia:

“You see what the Saudi’s — deliver them a strong message but at the end of the day we have to keep our cool because most of the time they’re going right with us. And they must be part of our coalition to destroy ISIS and I believe we can get that done.”

So I guess the Saudis are our essential allies and generally good guys but just have this one bad habit about which we have to stage an intervention.

Chris Christie said he wanted to overthrow Bashar al-Assad in Syria but also to ‘rebuild’ the coalition against Daesh/ ISIS.

JEB! pointed out to Donald Trump that the US has Muslim Gurkhas fighting for our empire against Daesh and we would lose them if we were mean to all Muslims.

Kasich took the same line, recalling the Gulf War (Millennials scratching heads): “It was a coalition made up of Arabs and Americans and westerners and we’re going to need it again. And if we try to put everybody in the same — call everybody the same thing, we can’t do it. And that’s just not acceptable.”

Isn’t it disturbing that the argument is so nakedly instrumental, and nothing to do with the Constitution or American values?

Even Kasich was against letting in Syrian refugees. But the US has given T.O.W. anti-tank munitions to Salafi Syrian rebels through Saudi Arabia, prolonging and intensifying the war. Some of those weapons have gone to Daesh and al-Qaeda. So we should displace people through our covert intervention but then not help out the displaced?

Then Trump argued for a trade war with China.

Marco Rubio disagreed with him.

Cruz wants to abolish the IRS but will balance the budget and expand the Pentagon.

My eyes glazed over.

Message seemed to be, white rich billionaires being unfairly taxed, regulated and facing competition from Asian businesses, which also isn’t fair, and we’re not being allowed to sail into other people’s waters with impunity, and our Middle East and Asian allies are secretly screwing us over, and there are 35,000 armed fanatics in the desert, and nobody has sent in the US Army, and there are all these non-white people around here and while most violence may be done by white people but it just won’t be allowed in the case of recent immigrants, and that has to be paused even though several of the candidates had an immigrant parent or grandparent.