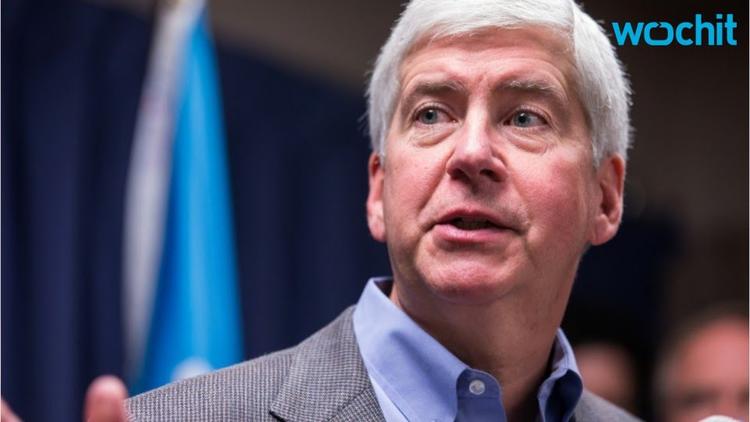 Following release of new document and emails, Gov. Snyder told he must ‘explain to the people of Flint why his administration trucked water into a state building while allowing residents to drink unsafe water’

A newly obtained document and related emails released on Thursday show that while the residents of Flint, Michigan were slowly being poisoned by lead-contaminated water last year, the offices of state officials in the city were “quietly” outfitted with water coolers by Gov. Rick Snyder’s administration.

“While residents were being told to relax and not worry about the water, the Snyder administration was taking steps to limit exposure in its own building.” —Lonnie Scott, Progress MichiganThe emails—obtained by Progress Michigan and posted online here (pdf)—reveal an exchange between employees of the Michigan Department of Technology, Management and Budget (DTMB) and other state officials regarding in-house “concern about Flint’s WQ [water quality]” that occurred at a time in 2015 when many residents still had no idea there was a problem with the city’s public water and more than ten months before Gov. Rick Snyder ultimately declared a state of emergency over the crisis. The document at issue—dated January 7, 2015—- is an administrative order showing the state had decided to provide bottled-water coolers “positioned near water fountains” in state offices so that workers could “choose which water to drink.”

Lonnie Scott, executive director of Progress Michigan, said the emails and document offer new evidence of the Snyder administration’s indifference towards the people of Flint.

“It appears the state wasn’t as slow as we first thought in responding the Flint Water Crisis,” said Scott in a statement. “Sadly, the only response was to protect the Snyder administration from future liability and not to protect the children of Flint from lead poisoning. While residents were being told to relax and not worry about the water, the Snyder administration was taking steps to limit exposure in its own building.”

The governor, continued Scott, should immediately “explain to the people of Flint why his administration trucked water into a state building while allowing residents to drink unsafe water.”

In addition to adding to the enormous available evidence revealing the Snyder’s administration lackluster (if not criminal) response to the water crisis in Flint, Scott said the documents also make it plain just “ineffective” and “unequal” the state’s handling of the situation has been.

Wochit News: “Flint Crisis Had To Do Poverty, Race According To Officials”