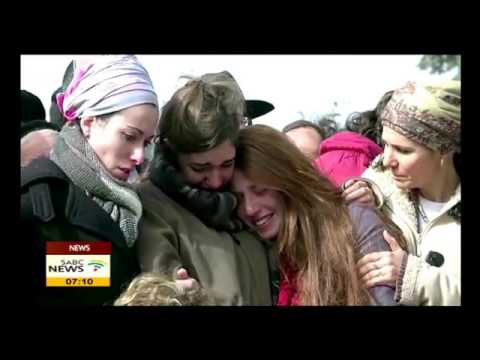 UN Secretary-General Ban Ki-moon spoke out this week in an address to the UN Security Council against Israel’s policy of stealing Palestinian land in the West Bank (allotted to Palestinians in the 1947 UN General Assembly partition plan that Israelis celebrate so fiercely), and of building ever more squatter homes in occupied Palestine. Ban went on to say that it is natural for Palestinians to resist this assault on their basic human rights. That is, Ban described the Palestinians as wronged and as rational actors:

“Palestinian frustration is growing under the weight of a half century of occupation and the paralysis of the peace process.

Some have taken me to task for pointing out this indisputable truth.

Yet, as oppressed peoples have demonstrated throughout the ages, it is human nature to react to occupation, which often serves as a potent incubator of hate and extremism.

So-called facts on the ground in the occupied West Bank are steadily chipping away the viability of a Palestinian state and the ability of Palestinian people to live in dignity.”

Ban is right. Civil resistance to foreign military occupation is not viewed as illegal in international law.

Killing random civilians, on the other hand, is always condemnable.

The reaction of Israeli Prime Minister Binyamin Netanyahu was swift and vicious. He accused Sec.-Gen. Ban of incitement and of supporting terrorism:

““The secretary general’s remarks provide a tailwind for terror. There is no justification for terror. Those Palestinians who murder do not want to build a state, they want to destroy a state, and they say this openly.”

Netanyahu’s racism toward the Palestinians requires that their violence either be without a motive, springing from an internal character flaw, or that it be driven only by hatred of Jews (the Likudniks typically nazify the Palestinians, as though Jews were the aggrieved party here).

In reality, of course, Palestinians have been remarkably patient given what the Zionists (Jewish nationalists) did to them. In the 1930s, Palestine had a vast Palestinian majority and was scheduled to be an independent state by British officials by the late 1940s, just as Mandate Syria under the French and Mandate Iraq under the British became independent countries.

Instead, in 1947-48 Jews let into Palestine by British colonial authorities over the objection of native Palestinians took up arms and ethnically cleansed 720,000 of the 1.2 million Palestinians from their homes. The Zionists, now become Israelis, stole the houses and farms of the people they had deliberately driven out, leaving much of that people homeless and scattered in refugee camps (many Palestinian families driven from what is now Israel to Gaza, the West Bank, Lebanon or Jordan still live in those refugee camps). Jews, including Israelis, have received massive reparations from Germany for the harm that country did to them. Palestinians not only received not a dime from the Israelis who stole their nationhood, but they continue to be robbed of further property and dignity every day.

Worse of all, most Palestinians were left without citizenship in a state. They are the largest group of stateless people in the world. In Supreme Court chief justice Warren Burger’s phrase, citizenship is the “right to have rights.” Palestinians have no such right. They are without basic human rights, at the mercy of the Israeli jackboot.

Yet most Palestinians have not reacted with violence to this horrible injustice with which they continue to live.

That some do is not, as Ban said, at all surprising.

So when the Zionists were living under British rule in Mandate Palestine, they were unhappy with British policy. Large numbers of them joined terrorist groups. They blew up the King David Hotel in Jerusalem, killing innocent civilians and British officers along with their intended target, British intelligence officers.

This is not to mention the state terror Netanyahu imposes on the people of the Gaza Strip, whom he has attempted to keep on the edge of survival, and whom he intensively bombed in summer of 2014, killing hundreds of innocent civilians with a reckless disregard for non-combatant life.

So Netanyahu, one of the great inciters of terrorism in the contemporary world, doesn’t have the standing to criticize Ban Ki-moon.

But Ban didn’t even say what Netanyahu accused him of (no surprise since Netanyahu is one of the world’s most practiced liars). Here is what Ban actually said in condemnation of violence:

” Sadly, 2016 has begun much like 2015 ended – with unacceptable levels of violence and a polarized public discourse across the spectrum in Israel and the occupied Palestinian territory.

Stabbings, vehicle attacks, and shootings by Palestinians targeting Israeli civilians – all of which I condemn — and clashes between Palestinians and Israeli security forces, have continued to claim lives.

But security measures alone will not stop the violence. They cannot address the profound sense of alienation and despair driving some Palestinians – especially young people.

The full force of the law must be brought to bear on all those committing crimes – with a system of justice applied equally for Israelis and Palestinians alike.”

So Ban condemned Palestinian attacks on Israelis but this is incitement? Surely what Netanyahu is complaining about is that Ban was even-handed, considering the Israeli actions that drives such conflict, and demanding that Israeli terrorist who burn Palestinian children to death also be punished.

Ban was not speaking in generalities. He was addressing specific Israeli actions and policies:

” Progress towards peace requires a freeze of Israel’s settlement enterprise.

Continued settlement activities are an affront to the Palestinian people and to the international community. They rightly raise fundamental questions about Israel’s commitment to a two-state solution.

I am deeply troubled by reports today that the Israeli Government has approved plans for over 150 new homes in illegal settlements in the occupied West Bank.

This is combined with its announcement last week declaring 370 acres in the West Bank, south of Jericho, as so-called “state land”. These provocative acts are bound to increase the growth of settler populations, further heighten tensions and undermine any prospects for a political road ahead.

I urge the Israeli Government not to use a recent decision by the Israeli High Court affirming a large tract of land south of Bethlehem as state land to advance settlement activities.

The demolitions of Palestinian homes in Area C of the occupied West Bank continue. So do the decades-long difficulties of Palestinians to obtain building permits.

The Bedouin community, in particular, is paying a heavy price. I reiterate the UN’s call for an immediate end to Israeli plans to forcibly transfer Bedouin communities currently living within the occupied Palestinian territory in the Jerusalem area.”

Most of these actions of Netanyahu are war crimes. He is the inciter to terrorism. Big time.