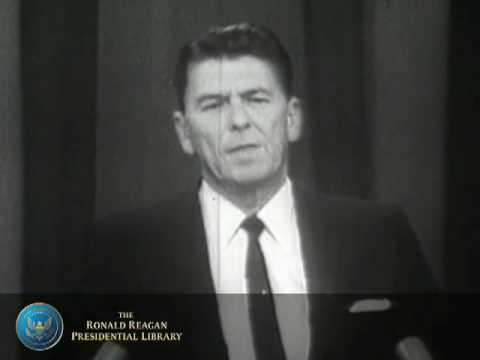 When Richard Hofstadter described “a paranoid style in American politics” in 1964, he was referring to “the sense of heated exaggeration, suspiciousness, and conspiratorial fantasy” that was roiling the Republican Party. Sound familiar?

Throughout the 2016 Republican primary campaign, the electorate’s fears and resentments have been whipped into a frenzy. Jobs are insecure and living standards stagnant or falling; immigration is destroying the fabric of the nation; national security is imperilled by imminent terrorist attacks; the government is scheming to take away Americans’ guns.

Trump has proven a master of this genre, and is taking it to a new rhetorical pitch. At a recent gathering he warned against political correctness because “you’re gonna have more World Trade Centres. It’s gonna get worse and worse.“ His stock-in-trade is the flat, sweeping declaration, his doom-laden pronouncements feeding hungrily off a broad sense of malaise in the US. “Our country is in serious trouble. We don’t win anymore,” is the message. “The American dream is dead.”

Observing the paranoid style in the early 1960s, Hostadter noted that it had a particularly strong appeal for those who see themselves as dispossessed and feel that “America has largely been taken away from them and their kind.” This holds true today, a sense of dispossession is felt particularly keenly by the white working class, among whom there is a deep distrust of government and a real anger that their cultural and religious identity is under siege. And they are tired of being taken for granted by the Republican leadership.

It is a constituency to which the absolutism of Trump’s rhetorical style plays well – and in appealing to it he has revealed the chasm that has opened between the Republican establishment and its base.

The mainstream American right and its media allies have long exploited fears about social issues to build support among white working class conservatives, but they have simply lost control of this process. Enter Trump – a Frankenstein of the Republican Party’s making.

Trump has used the rhetoric of fear against the interests of the Republican establishment, and has done so by transgressing the remaining red lines of taste or tact that have just about held the right-wing mainstream media in check. He has trashed liberal shibboleths of public discourse, saying explicitly what is otherwise only said in code or in dog whistles. He validates racist opinions and stretches the discourse of political culture to xenophobic extremes.

The efforts to lampoon and dismiss Trump’s campaign have stalled in recent weeks with the growing concern that it represents a potentially seismic shift in American political culture. For several months there was a broad expectation that his insurgency would eventually flame out, and that something like normal political relations would be restored.

Now, there is an abiding sense this may never happen – that his campaign has unleashed a genie of repressed grievances and public distemper that can never be put back in the bottle.

David Frum, a former speechwriter for George W. Bush, questioned whether the Republican Party will in fact survive the 2016 election. Veteran conservative pundit George F. Will preached doom in the Washington Post: “If Trump wins the nomination, prepare for the end of the conservative party.” And most remarkably of all, the National Review, tribune of the conservative establishment, rounded up a symposium of right-wing icons and thinkers to present a united front to “Stop Trump”.

It’s surprising it has taken so long for these laments to fully emerge. Trump’s campaign, while enigmatic in certain respects, is clearly symptomatic of a deeper transformation of America’s conservative political culture.

From the longstanding nativist refusals to accept Obama as a “real American” to extravagant Republican obstructionism in Congress and ugly battles over debt ceilings, and the refusal of Congress members to help constituents with problems involving the Affordable Care Act, the tone of political discourse has been progressively poisoned and the ideological spectrum polarised.

The long-cherished establishment assumption that American politics inevitably re-centres itself through the electoral process is now being sorely tested. There is growing evidence that “negative partisanship” is taking over American politics and the electorate has become more ideological and tribal.

This will be a challenge for the Democrats too – but right now, the Republicans are being consumed by a storm of animosities and passions which they simply cannot control. Whether or not Trump wins the nomination, the fallout could shatter the party for years to come.

The GOP has been here before. In 1964, the conservative insurgent Barry Goldwater eventually lost heavily to the incumbent Lyndon Johnson, but his campaign kicked off a conservative revolution that radically transformed the Republican Party. It was, after all, at the 1964 Republican National Convention that nominated Goldwater in which Ronald Reagan made his debut as a true political star, heralding a radical shift to the right that the Republicans of the early 1960s would scarcely recognise.

So like Goldwater, Trump’s candidacy could both utterly fail and still turn the party in a new and frightening direction. Maybe today’s Republican Party really has something to be paranoid about.