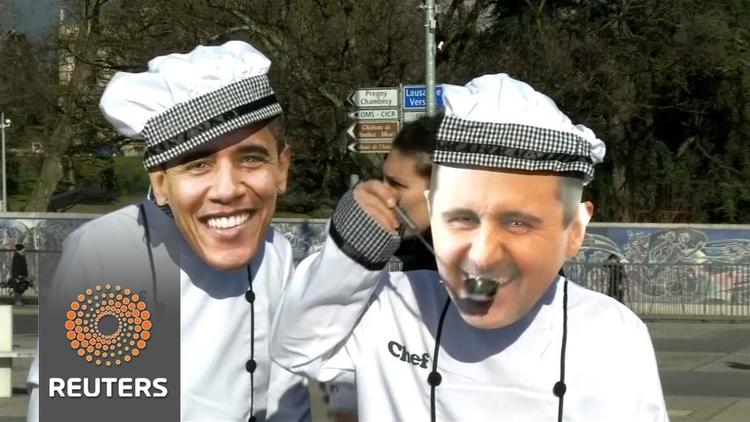 International talks meant to help resolve the Syrian Crisis are due to commence in Geneva, but a range of impossible problems still stand in the way. Now nearly five years old, the conflict has claimed hundreds of thousands of lives and displaced around 11m people. Other diplomatic efforts – Geneva I and Geneva II – have failed make much impact, and the array of countries who’ve stepped up their military involvement have little to show for it.

The main goal of these latest talks is to facilitate a quick end to the conflict and to allow for safe passage of aid into areas hardest hit. The biggest stumbling block they face is over the role of president Assad; Iran and Russia support his regime, while Saudi Arabia and the US (along with other Western states) view his removal as an essential prerequisite for any resolution.

But that’s just an issue with the subject of the talks, which have been nearly derailed before they’ve begun by arguments over which opposition groups to invite. Such concerns were amplified by the US secretary of state, John Kerry, who was dismissive of the opposition’s chances of providing a viable alternative to Assad.

But the divisions among the groups on the ground are only part of the problem. The Syrian war has already been shaped and reshaped by proxy conflicts at two levels, as competition between Saudi Arabia and Iran on the one hand and the US and Russia on the other makes a diplomatic resolution increasingly tricky.

All the while, states across the region are facing increasingly desperate resource shortages – this as the arrival of Syrian refugees swells their populations by hundreds of thousands, or even millions.

If Islamic State is to be defeated, Syria’s warring factions need to be reconciled and some semblance of order re-established, and the actors on the ground in Syria and elsewhere need to be somehow properly organised and appropriately empowered – but even leaving aside the long odds of that happening, it would hardly solve all of Syria’s problems.

As long as Assad remains in power, he will provoke violent rebellion. Opposition groups have refused to participate in talks with his regime while it continues to bomb them. There can be no diplomacy without trust, and Damascus’s continued campaign makes building it all but impossible.

Let’s not forget that despite the staggering brutality of IS, Assad’s forces are responsible for by far the largest number of deaths in the conflict so far. And many of the “foreign fighters” who’ve travelled to join IS have cited the brutality of the Assad regime and its treatment of their sectarian kin as a motive.

In addition, European states in particular are under increasing pressure from the conflict’s knock-on effects. Their failure to properly integrate and accommodate large numbers of refugees adds to economic pressures on states while also revealing cleavages at the very heart of Western societies.

Crises across Europe have also resulted in growing concerns about the assimilation of refugees into societies, turning up the heat on long-running political and ideological disputes. Security officials are increasingly concerned that refugee flows will be penetrated by Islamic State recruits, provoking calls to regulate the people coming across Europe’s borders.

There are also ominous rumblings about the future of the Schengen agreement that allows for the free movement of people across Europe, an arrangement at the very heart of the European ideal. The French prime minister, Manuel Valls, spoke for many of the continent’s leaders when he said the crisis has put the future of the European project in peril.

With alarming measures already being taken against refugees arriving in central and eastern Europe, the Syrian conflict’s corrosive effects are spreading faster and deeper than anyone expected. As Frederick Nietzsche once wrote, if you stare into the abyss long enough, the abyss stares into you.