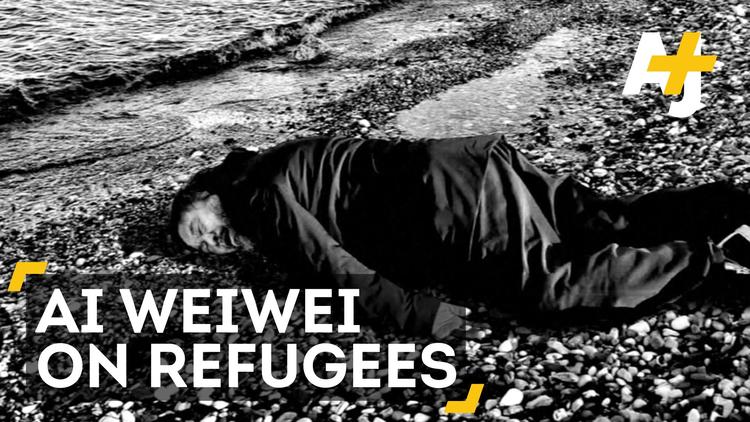 Ai Weiwei reminds the world about the ongoing refugee crisis sparked by a mass exodus of peoples from Syria, who are fleeing a land mired in conflict.