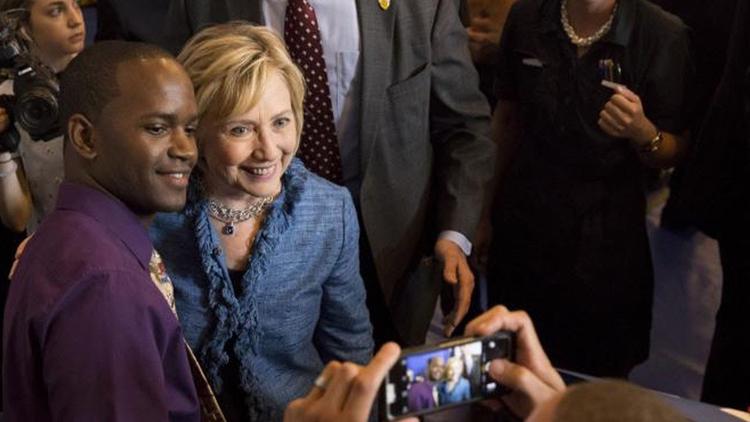 With the US becoming more racially diverse, left-leaning people of color in alliance with their white counterparts means that there is a progressive voting majority right now.

Electoral politics often grab far too much attention for far too little reward. Every four years progressives rally around who might be the least evil alternative to Republicans, only to end up with a Republican-like Democrat or a simply, a Republican. We have given up on the idea that we can actually influence a candidate, unless we happen to fall into that singular demographic category that generations of presidential hopefuls have wooed, canvassed, and polled: white swing voters.

Now, according to a new book by Steve Phillips, co-founder of PowerPAC.org, it is simply not true anymore that politicians need to court white swing voters in order to win elections. In “Brown Is the New White: How the Demographic Revolution Has Created a New American Majority,” Phillips makes a powerful and persuasive case that progressives are a large enough group to pull politicians forward.

Phillips’ thesis rests on the dramatic racial transformation of the U.S. People of color are amassing voters both proportionally and in absolute numbers so much so that the U.S. is well on its way to becoming a "majority minority" nation by 2044. But, writes Phillips, if you combine the current political clout of people of color with that of white progressives, there exists what he calls "a New American Majority," today.

The numbers are impressive: 23 percent of eligible voters are progressive people of color, and 28 percent are progressive whites, according to Phillips. That means 51 percent of the electorate have the power to demand progressive change through electoral politics now. Not in 30 years, but now.

The two elections of Barack Obama have already brought this influence to the forefront. But the more liberal of the two major parties does not appear to understand this new dynamic. "The election of Obama," said Phillips in an interview, "I think has lulled the Democratic Party leadership into a sense of complacency that is going to be dangerous when you’re going to need a large and enthusiastic turnout in 2016."

Why are, "hundreds of millions of dollars … being wasted in the futile pursuit of winning back white swing voters when a permanent progressive governing coalition could be established by investing those same millions in organizing the diverse communities that make up the New American Majority?" asks Phillips in his book.

The Democratic Party has taken for granted that it can garner the votes, particularly of people of color, simply by standing for election. That is particularly true for black voters who generally vote Democratic at levels of 80 percent or higher. Phillips confessed that that dynamic was a big reason why he wrote his book, "because historically [the Democratic Party has] been afraid that too close an alignment with black voters will alienate white swing voters." But now, says Phillips, "they’re actually at risk if they don’t embrace this population, and that they need to run toward people of color instead of running away from them."

Progressive whites are a big part of the equation too, but not much is known about white voters as a whole. According to Phillips’ research, what we do know is that "an average of 40 percent of whites always vote Democratic." This does not mean that white Americans who have liberal values necessarily embrace racial justice. In fact, tensions within U.S.-based social movements have revealed time and again just how much work still needs to be done among liberal white activists to address and counter their own racial privilege. For the purposes of an election however, an alliance of progressive voters across racial lines would be a political force to be reckoned with.

Brown is the New White: Organizing, Elections, and the New American Majority: https://t.co/wwbpd0HJzJ via @YouTube

Of course simply voting in national elections once every four years is exactly the wrong takeaway from the optimistic statistics on voters. Phillips suggests that the fight for LGBT rights offers progressives some lessons on how to take power and foment change fairly rapidly, and that is to start at the local and state level. "What the marriage equality movement did," said Phillips, "is that they focused in on trying to make wins in the states rather than just trying to move an agenda through a hostile federal government." In doing so, "they generated momentum, which then became national momentum that then shaped the context in which the Supreme Court ruled."

In the meantime, progressives have two strong choices in this year’s Democratic primary and it seems to have divided them into roughly three camps: First are those who back Hillary Clinton even though they often align with Bernie Sanders’s policies.  Second are those who reject Clinton as an "establishment candidate," and proudly declare that they "Feel the Bern." And third are those who see the election itself as a distraction from the long-term work of movement building. This last group also tends to dismiss Sanders for running as a Democrat simply because in doing so they (rightly) feel that he is legitimizing a party they see as far too much like the GOP.

Where progressives fall within these three groups depends partially on their demographics: their age, race, gender, immigration status, etc. But what most have not acknowledged is that the ball is in their court and that together they already have formidable electoral clout.

The question is, will they exercise it at the ballot box?

Sonali Kolhatkar is the host and executive producer of Uprising, a daily radio program at KPFK Pacifica Radio. She is also the Director of the Afghan Women’s Mission, a U.S.-based nonprofit that supports women’s rights activists in Afghanistan and co-author of "Bleeding Afghanistan: Washington, Warlords, and the Propaganda of Silence."