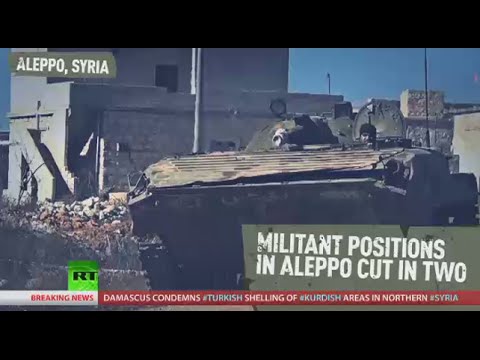 The French president said Russia and Turkey could engage in war over Turkish involvement in Syria as Russia called for an urgent U.N. Security Council.

There is risk of a Turkish-Russian war as a result of Ankara’s involvement in Syria, French President Francois Hollande warned Friday, as Russia called for a United Nations Security Council meeting over Turkey’s actions in the war-torn country.

“Turkey is involved in Syria … There, there is a risk of war … That is why the (U.N.) Security Council is meeting,” Hollande told France Inter radio.

“I do not want to exclude Russia from the solution. I went myself to Moscow to tell Vladimir Putin, ‘All of us have to work together to make this political transition’ … but I cannot accept that at the same time that people are negotiating, they are bombing civilian populations.”

His comments came a few hours after the Russian Foreign Ministry called for an urgent U.N. Security Council meeting in order to submit a draft council resolution calling on Turkey to “cease any actions that undermine Syria’s sovereignty and territorial integrity.”

Russian Foreign Ministry spokesperson Maria Zakharova said Moscow is concerned about the escalation of tensions on the Syria-Turkey border and Turkey’s plans to put boots on the ground in northern Syria. “It undercuts efforts to launch a political settlement in the Syrian Arab Republic,” Zakharova said.

The news comes as the Turkish military has recently conducted almost daily airstrikes in northern Syria against the Kurdish Democratic Union Party (PYD) and their military wing in order to stop them from securing more areas in the Kurdish Rojava region and advancing against the Islamic State group.

Last week, Turkey and Saudi Arabia said they were ready to deploy ground troops in Syria as part of an international operation against the Islamic State group in Syria. Saudi jets have also been deployed in the southern Turkish Incirlik air base.