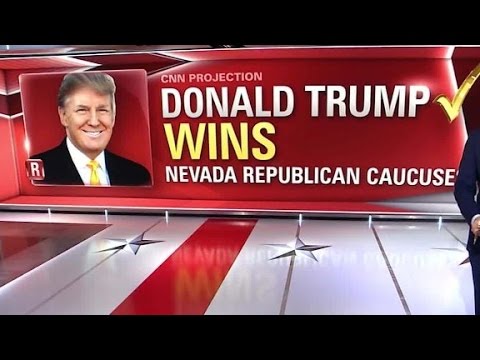 The rise of Donald Trump to the presumptive Republican standard bearer for president in 2016 is an indictment of, and a profound danger to the American republic.

The Founding Fathers were afraid of the excitability of the voters and their vulnerability to the appeal of demagogues. That is the reason for a senate (which was originally appointed), intended to check those notorious hotheads in the House of Representatives, who are elected from districts every two years.

But it isn’t only the checks and balances in government that are necessary to keep the republic. It is the Fourth Estate, i.e. the press, it is the country’s leaders, and the general public who stand between the republic and the rise of a Mussolini.

The notables have been shown to be useless. Donald Trump should have been kicked out of the Republican Party the moment he began talking about violating the Constitution. The first time he hinted about assaulting the journalists covering his rallies, he should have been shown the door. When he openly advocated torture (‘worse than waterboarding’), he should have been ushered away. When he began speaking of closing houses of worship, he should have been expelled. He has solemnly pledged to violate the 1st, 4th and 8th Amendments of the Constitution, at the least. If someone’s platform is unconstitutional, it boggles the mind that a major American party would put him or her up for president. How can he take the oath of office with a straight face? The party leaders were afraid he’d mount a third-party campaign. But who knows how that would have turned out? Someone with power needs to say that Trump is unacceptable and to define him out of respectable politics, the same way David Duke is treated (Trump routinely retweets Duke fellow-travellers).

Then there is the mass media. As Amy Goodman has pointed out, corporate television has routinely pumped Trump into our living rooms. They have virtually blacked out Bernie Sanders. Trump seems to have connived to have 10 or 15 minutes at 7:20 every evening on the magazine shows, such as Chris Matthews’ Hardball, who obligingly cut away to Il Duce II’s rants and gave away his show to him on a nightly basis.

Not long ago, extremely powerful television personalities and sportscasters were abruptly fired for saying things less offensive than Trump’s bromides. Don Imus was history for abusive language toward women basketball players. But Trump’s strident attack on Megyn Kelly as a menstruating harridan was just allowed to pass. Jimmy ‘the Greek’ Snyder was fired by CBS for saying African-Americans were ‘bred’ to be better athletes. But Trump issued a blanket characterization of undocumented Mexican labor migrants as rapists, thieves and drug dealers. Of course this allegation is untrue.

I watched the Nevada caucus coverage on MSNBC and was appalled at the discourse. One reporter tried to assure us that Trump voters were not actually voting for racism and bullying politics, they were just upset. But polling in South Carolina demonstrated that Trump voters were significantly to the right of most Republicans on some issues. In SC, 38% of Trump voters wished the South had won the Civil War, presumably suggesting that they regretted the end of slavery.

Yet another asserted that ‘some of’ Trump’s positions ‘are not that extreme.’ Exhibit A was his praise for Planned Parenthood. But he wants to outlaw abortion, i.e. overturn the current law of the land, which is extreme. (A majority of Americans support the right to choose, so he is in a minority).

Chris Matthews explained to us that people hoped he would do something for the country rather than for the government.

But Trump has made it very clear that he is not interested in a significant proportion of the people in the country. He is a white nationalist, and his message is that he will stand up for white Christian people against the Chinese, the Mexicans, and the Muslims. Just as Adolph Hitler hoped for an alliance with Anglo-Saxon Britain on racial grounds (much preferring it to the less white Italy), the only foreign leader Trump likes is the ‘white’ Vladimir Putin. That he won the evangelical vote again in Nevada is helpful for us in seeing that American evangelicalism itself is in some part a form of white male chauvinist nationalism and only secondarily about religion.

By the way, the idea that Trump won the Latino vote in Nevada is nonsense. In one of a number of fine interventions at MSNBC, Lawrence O’Donnell pointed out that something on the order of 1800 Latinos voted in the Nevada GOP caucuses, of whom perhaps 800 voted for Trump, i.e. 44% of this tiny group. Trump lost the vote of even this small group of hard right Latinos, since 56% of them voted for someone else.

It has been a dreadful performance by the press and by party leaders. They are speaking in such a way as to naturalize the creepy, weird and completely un-American positions Trump has taken.

This is how the dictators came to power in the 1920s and 1930s. Good people remained silent or acquiesced. People expressed hope that something good would come of it. Mussolini would wring the laziness out of Italy and make the trains run on time.

When Benjamin Franklin was asked by a lady after the Constitutional Convention what sort of government the US had, he said, “A Republic, Madame, if you can keep it.”

You have to wonder if we can keep it.