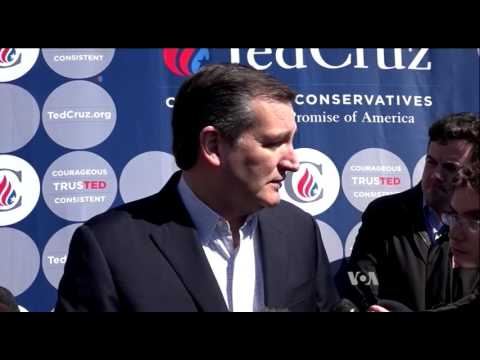 As the Democratic nominating contest speeds up, African-American voters – especially women – have some tough, and influential, choices to make . . .

As someone who has been researching this topic for the last 15 years, I believe both candidates are attractive to African-American voters.

These voters could perceive Sanders as better equipped to handle issues related to social welfare, unemployment and poverty, as well as affirmative action.

What might solidify black support for Clinton is a series of symbolic gestures. Perhaps the most influential is the latest campaign ad targeting black mothers who lost their children to violence. These symbolic appeals convey a knowledge of growing discontent in the African-American community, while also expressing concern for racial justice, which could be sufficient to capture the black vote.

African-American voters are the most loyal supporters of the Democratic Party. Their support for Democratic presidential candidate Al Gore was 90 percent in 2000. In 2004, they voted for John Kerry by 88 percent. Barack Obama won an all-time high of 95 percent in 2008.

According to exit polls, black voters were 13 percent of the national electorate in 2008. They represented approximately one in every 4.25 Obama voters that same year.

Sixty-five percent, or 15.9 million, of voting-age African Americans cast a ballot in the general election, compared to 66.1 percent of white citizens. But, the voter turnout rate among eligible black female voters was 68.8 percent – the highest of all racial, ethnic and gender groups in the 2008 American presidential election. Especially in southern states with large black voting-eligible populations – including South Carolina, Mississippi, Georgia, North Carolina and Louisiana – the black female voter outperformed in terms of registration and turnout.

But during the primary, when two choices are available, will African-American women vote for Sanders or Clinton?

To answer that, it helps to look at past presidential primaries. Historically, African-American women have supported the candidate perceived as best representing their interests – whether or not that candidate has a chance to win the nomination.

The election of Barack Obama in 2008 made American history, but prior campaigns paved the way, starting with Shirley Chisholm in 1972 and Jesse Jackson in the 1980s.

Some have forgotten, or are unaware, that Jesse Jackson won the South Carolina primary twice – in 1984 and 1988. In 2008, then-Senator Obama’s win in South Carolina brought Jackson’s run 20 years before back into the spotlight.

Rich with symbolic meaning and electoral consequence for future presidential hopefuls, Chisholm and Jackson demonstrated the progress African Americans made in the aftermath of the “protest phase” of the civil rights movement.

Understanding that black votes could mean the margin of victory for the eventual Democratic nominee, Chisholm and Jackson pursued “brokerage politics.” They turned this into the leverage needed to participate in behind-the-scenes bargaining for leadership roles at national party conventions, proposed changes to delegate selection procedures and eliminating the runoff primary in southern states.

As I argue in my book, Historic Firsts: How Symbolic Empowerment Changes U.S. Politics, Hillary Clinton and Barack Obama are indebted to this pioneer cohort. By being less system-challenging and more ideologically moderate than their predecessors, Clinton and Obama achieved viable electoral success in 2008. They adapted to the changing political landscape, but not without recognizing the importance of key voting constituencies.

Chisholm and Jackson brought formerly inactive people into the presidential selection process and got them involved in ways beyond voting. They sought to build coalitions comprising diverse groups – from women and racial minorities to the poor – while appealing directly to African-American voters.

Neither Chisholm nor Jackson really expected to win the Democratic nomination. Rather, they wanted to act as “brokers” who established the need for the eventual Democratic nominee to move left of center. Observers have since failed to consider the prophetic nature of this intervention.

Without Chisholm and Jackson, Obama could never have had his victory in 2008.

So what path then will African-American voters take when it comes to selecting the next leader of the Democratic Party?

If they believe Sanders holds views closer to their own and would be more likely to champion their class interests, African-American women are faced with a dilemma. They are expected to show support for the women’s movement by voting for Clinton despite the movement’s history of blindness to issues of class. History shows that successes of the movement generally benefited privileged white women who profited from the economic exploitation of black women’s domestic labor.

Race and class identities help shape how one experiences being a woman. African-American women may be more likely to consider themselves part of a movement to combat economic inequalities. Clinton’s candidacy opposite Sanders’ draws attention to the way their intersectional identities can play a role in determining election outcomes.

African-American women, who grapple with a tension between the women’s liberation movement and black freedom struggle, hold the balance of power in several southern states.

Consider the controversial remarks made by Rep. John Lewis of Georgia, feminist Gloria Steinem, and former Secretary of State Madeleine Albright over the two front-runners.

The call to support Clinton’s candidacy reflects an assumption that women and African-American voters would and should have a special affinity for the first viable female candidate for the U.S. presidency. Yet the reality of such an affinity, whether it be based on race or gender, is unproven.

That older women have made Clinton their preferred choice in 2016 is significant. What remains unclear is whether that choice is rooted in their shared gender identity or ideological distancing from Sanders.

It is reasonable to assume that the electoral prospects for Clinton have improved since Obama’s victory, which established a precedent for historic firsts. Rather than act as a broker, as did Chisholm and Jackson, Clinton has emerged once again as a viable candidate. Contrary to the conclusion one might draw from the Clinton campaign – that is, women rather than men would be more likely to support her candidacy – the real question is: which women?