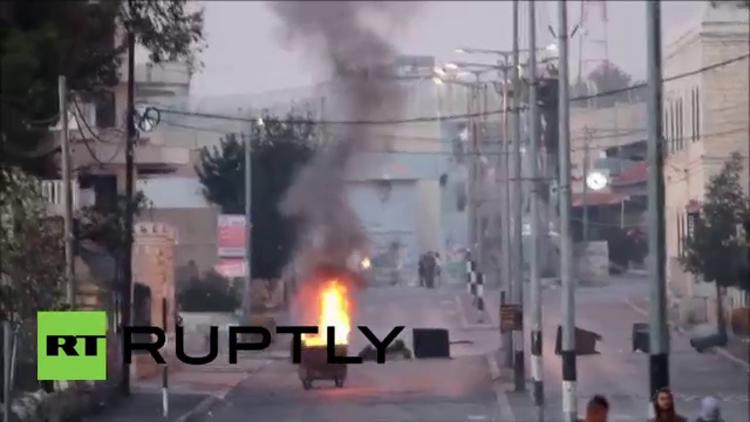 BETHLEHEM (Ma’an) — Israeli forces on Wednesday began construction work on top of a historical site in the occupied West Bank town of Beit Jala, the Palestinian Authority Ministry of Tourism and Antiquities said.

The PA ministry condemned the Israeli authorities for allowing work to begin on a road that will be built on top of Khirbet al-Najjar, a site that reportedly dates back to the Roman and Byzantine periods.

The ministry said that Israeli bulldozers began excavations in the area — the site of historical walls, water wells, presses and a cluster of graves — in what it said were the beginning stages of construction on a road to a nearby settlement.

A group sent by the ministry to document activity carried out by Israeli forces on the historical site was prevented from accessing the area, the ministry said, slamming Israel for its “obvious violation of international law” regarding Palestinian rights to heritage and culture.

Palestinian residents of Beit Jala and other villages in the Bethlehem area have long faced Israeli construction on their land, much of which has been cut off from them by Israel’s separation wall.

Bethlehem Mayor Vera Baboun said last month that the Israeli authorities have informed Bethlehem-district cities of their intention to confiscate land for 10 years in order to construct the separation wall.

Bethlehem district has fought the confiscation orders in the past, but Israeli courts have often upheld them, pointing to alleged security threats.

Nearly 60 kilometers of the wall already cuts through Bethlehem district and is built on Palestinian land, enabling the expansion of illegal Israeli settlements in the area, the UN Office for the Coordination for Humanitarian Affairs reports.

Ruptly TV from 3 weeks ago: “State of Palestine: Clashes erupt in Bethlehem, 21 injured”