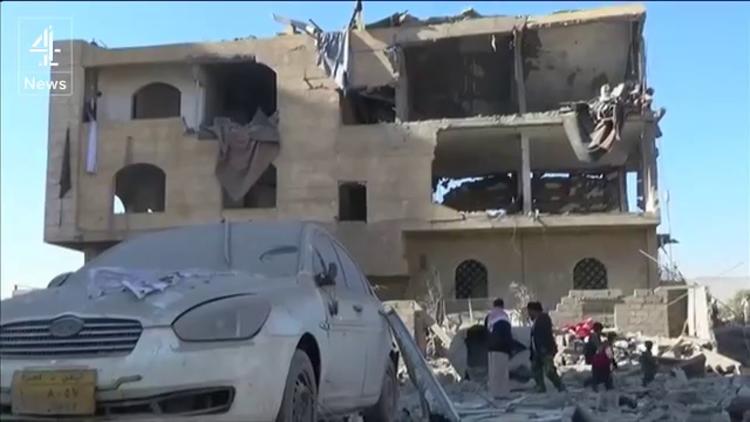 UNITED NATIONS, Feb 22 2016 (IPS) – The continued decline in oil prices is threatening to have a direct and indirect impact on several fronts, including development aid, migrant workers and remittances, voluntary contributions to UN agencies, humanitarian assistance to refugees and infrastructure-building in the Gulf countries.

Still, the drop in oil revenues is unlikely to have any immediate impact on uninterrupted arms supplies to the Middle East – even as military conflicts and insurgencies in Syria, Yemen, Iraq and Libya show no signs of de-escalation.

“The military intervention in Yemen by a coalition of Arab states, which began in 2015, was facilitated by high levels of arms imports” by several countries in the coalition, says a new report released Monday by the Stockholm International Peace Research Institute (SIPRI).

Although concerns have been raised in arms-supplying states over Saudi air attacks in Yemen, Saudi Arabia is expected to continue to receive large numbers of major arms from those states—specifically from the US, UK and France — in the next five years, says SIPRI.

The report said arms on order include 150 combat aircraft and thousands of air-to-surface missiles and anti-tank missiles from the US, 14 combat aircraft from the UK and an undisclosed but large number of armoured vehicles from Canada with turrets from Belgium.

The US, which also provides military intelligence to the Saudis on the situation on the ground in Yemen, has complained about the increasing number of civilian casualties attributed both to Saudi and rebel forces.

Asked if arms purchases will decline if oil prices keep falling, Pieter Wezeman, Senior Researcher with the Arms and Military Expenditure Programme at SIPRI told IPS: “It’s hard to see how Saudi Arabia can keep up the pace, even though it will depend on how much long-term benefits it may gain from low oil prices, which push other oil suppliers with much higher production costs out of the market.”

However, in terms of deliveries right now, several major contracts for arms supplies to Saudi Arabia, Qatar, Kuwait and the UAE are being implemented, with deliveries on-going or starting soon, he added.

“That means, in terms of deliveries, the volumes of arms imports by these countries are scheduled to remain high for the coming five years or so”, Wezeman pointed out.

The decline in oil prices in the world market has been described as the lowest in nearly 13 years, with the price of a barrel falling to less than $30 last week compared with a high of $110 in 2014.

The recession in the oil market has also resulted in mass staff lay-offs in US alternate energy companies, including shale producers, which have either declared bankruptcies or struggling to survive.

On average, oil producing countries in the Middle East depend on oil revenues for anything between 25 to 75 percent of their budgetary incomes.

The SIPRI report says that with a 33 per cent share of total arms exports, the US was the top arms exporter in 2011–2015.

Its exports of major weapons increased by 27 per cent compared with 2006–2010, and the US delivered major weapons to at least 96 states in 2011–2015, a significantly higher number of export destinations than any other supplier.

The largest recipients were Saudi Arabia, accounting for 9.7 per cent of US arms exports, and the UAE with 9.1 per cent.

At the regional level, the Middle East was the largest recipient of US weapons, accounting for 41 per cent of arms exports.

Asia and Oceania received 40 per cent and Europe 9.9 per cent. Supplies of aircraft accounted for 59 per cent of the volume of US arms exports.

As of the end of 2015, the US had numerous outstanding large arms export contracts, including contracts to supply a total of 611 of its new generation F-35 combat aircraft to nine states.

Wezeman told IPS most countries in the Saudi-led coalition use mainly US or European arms.

Russia and China have not succeeded yet in getting many major contracts in Saudi Arabia, UAE, Qatar or Morocco– despite their attempts at seeking markets.

“From what I can see, it has been predominantly US supplied equipment that has been used by the collation leaders, followed by UK and French equipment. But as detailed information is limited, a more accurate assessment is difficult to make,” he said.

In particular, Russia and somewhat less China, he said, have been more successful in Egypt, which has long sought for diversification of its arms suppliers in the knowledge that the US has a tendency to impose restrictions or temporary embargoes in reaction to internal political developments.

In addition, he pointed out, price is an important factor too, Wezeman said.

Qatari arms imports rose by 279 per cent between 2006–2010 and 2011–2015. These imports included the first deliveries of a number of large arms contracts that will substantially increase the size of Qatar’s military arsenal.

Some of the outstanding deliveries include 24 combat helicopters, nine air defence systems and three airborne early warning aircraft from the US, 24 combat aircraft from France and 52 tanks from Germany.

Egyptian arms imports rose steeply in 2015. The US lifted a partial suspension of arms supplies to Egypt and delivered 12 combat aircraft, and France delivered a frigate within months of a deal being signed.

In 2014 and 2015 Egypt signed a number of large deals for weapons from France, Germany and Russia.