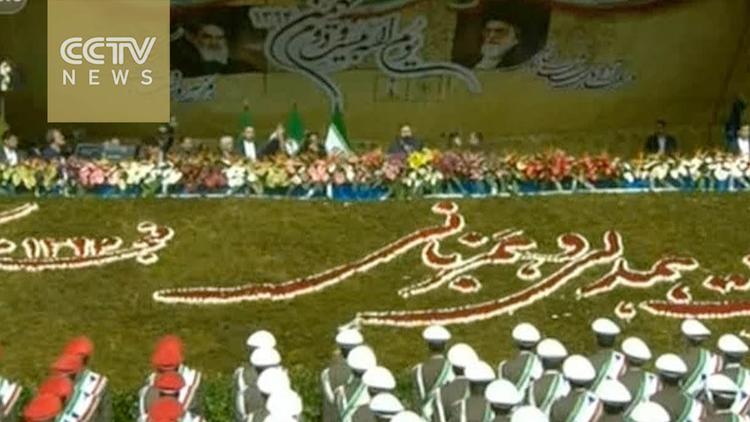 After Khomeini’s return, Bakhtiar’s government did not last long and he fled to Paris. In the course of armed clashes on 10-11 February between Khomeini’s foot-soldiers, including the leftist paramilitary groups such as the Mojahedin-e Khalq and the Feda’iyan Khalq, and the remnants of the Shah’s army that were guarding the barracks and the Shah’s palaces, the battle was over and Khomeini’s radical supporters had won. This event not only ended 57 years of rule by the two Pahlavi monarchs, but also put an end to more than 2500 years of the Iranian monarchy.

At first, most domestic and foreign observers believed that the revolution would be short lived, and there would either be a military coup that would restore the former regime to power or a new strongman would seize power and repeat what Reza Shah had done 57 years earlier.

The reason why the Iranian people rose up against the Shah’s regime was that they wanted to have greater freedoms, an end to dictatorship, a more equitable distribution of wealth and a more open and democratic society. Sadly, none of these demands have been realized. On the contrary, even some social freedoms that people enjoyed under the Shah’s rule have been curtailed. Iran ranks as one of the top countries in the world in the number of executions, suppression of press freedom, unequal treatment of women, and it has one of the largest numbers of political prisoners in the world.

However, 37 years after the revolution, despite all those failed promises, the Islamic Republic is still in place and it could be argued that seemingly it is perhaps the most stable regime in the Middle East, especially after the successful nuclear deal with the West. There have been a number of reasons for the staying power of the clerical regime.

The first reason is of course the use of violence and force that was intense at the beginning of the revolution and that has continued ever since, as could be seen in the brutal suppression of demonstrations following the controversial 2009 election in which Mahmud Ahmadinejad was declared the winner. A number of people were killed and many demonstrators, including the leaders of the Green Movement and the reformist candidates, are still in jail or under house arrest.

The second reason is that the revolutionary dynamism that resulted in toppling one of the most powerful despots in the Middle East and brought the clerics to power had the necessary impetus to keep the regime going. Although the initial zeal has cooled to a great extent, it still possesses a certain amount of mystique that gives the regime some aura of legitimacy.

The third factor that strengthened the regime and gave it public support were the attacks from outside to topple it. Even before the revolution had succeeded, many Western governments were trying to nip it in the bud. Shortly prior to the Shah’s departure, the Pentagon sent Lieutenant General Robert E. Huyser, Deputy Commander in Chief of the United States European Command, to Tehran with the aim of propping up the military against Khomeini’s revolution. According to Charles Kurzman, Huyser’s mission was “to rally Iranian military commanders and help them prepare for a last resort coup d’etat.”[1]

In his Memoirs, the Shah has written that the first time that Huyser went to see him, his only question was: “When are you going to leave the country?” Lt. General Abbas Qarabaghi, the last chairman of the Joint Chiefs of Staff under the Shah, in a revealing book has described what really happened. General Huyser who had close relations with most Iranian top generals summoned them to a meeting in Qarabaghi’s office. Qarabaghi writes that in that meeting Huyser told the assembled generals that the Shah’s time was up and that they had to stop supporting him. However, he urged them to keep the army intact so that they could organize a coup against the revolutionary regime at an appropriate time.

As it happened, nearly all the leading generals were rounded up shortly after the revolution, and many of them were summarily executed on the roof of the school that Khomeini had chosen as his temporary residence. There were a number of coup attempts by younger officers during the following months, the most significant being the attempt by the Air Force personnel stationed at Nowzheh Air Base outside Tehran to bomb Khomeini’s residence and topple his government. Shapur Bakhtiar had supported that coup from his exile in Paris, but it failed because a member of the Tudeh Party (Iran’s oldest communist party that initially supported the revolution before it too was destroyed by Khomeini) learned about it and informed the authorities, and the plotters were arrested and many of them were executed.

The eight-year long Iran-Iraq war that killed and wounded perhaps as many as a million Iranians consolidated the regime further, as people had no choice but to support their government in the face of a clear aggression, supported by the West. More than anything else, that long and brutal war linked the fate of the regime and the people together as all of them were engaged in a heroic national struggle. The world should have learned that attacking a revolution only strengthens it.

The fourth reason for the endurance of the Islamic Republic has been a degree of populism that has characterised it from the start. Before coming to power, Khomeini promised to stop all taxes on the poor, and he even promised free electricity and water for all. The mullahs, with their long experience of interaction with the masses, have been very skilful at mobilizing the crowds on various religious occasions in support of the regime.

Government-sponsored populism reached its peak under President Mahmoud Ahmadinejad who squandered over 800 billion dollars of oil revenue during his eight years in power on housing and food subsidies and cheap loans to the poor. Although it alleviated the short-term economic problems faced by the poor, it destroyed the economy and led to high inflation and unemployment, compounded by the sanctions imposed by the West on Iran.

However, perhaps the most important factor that has enabled the clerical regime to survive has been a limited degree of democracy, allowing the public to participate in flawed but relatively fair and free elections and having a say in how the country is run. The political structure in Iran is very complex and convoluted, and it certainly cannot be called either a democracy or a totalitarian regime. The fact is that the regime has failed to stop all opposition, and there is still intense factionalism and political activity by both the supporters and the opponents of the regime, which provides some room for dissent and for checks and balances.

The Islamic Republic is run on the basis of the concept of Velayat-e Faqih, which was a novel idea in the whole history of Islam introduced by Ayatollah Khomeini, which empowers a senior cleric to be at the head of all major institutions and allegedly to rule on behalf of the Hidden Imam. Therefore, the system can best be described as a theocracy within a democratic facade.

The Supreme Leader is the highest authority in the land. He appoints the head of the judiciary who is in charge of appointing all the judges. He appoints the Friday Imams of the main cities who act as a link between him and the people and who set the agenda of public debates in their sermons, as dictated by a central office that decides the issues that should be addressed each week during Friday prayers.

The Supreme Leader appoints the commanders of the military forces, including the Islamic Revolution Guards that acts as the guardians of the revolution. He appoints the head of the national broadcasting organization that is in charge of nationwide propaganda. He also appoints six clerical members of the Guardian Council and the head of the judiciary (who is himself appointed by Khamenei) selects six jurists to the council, which is in charge of approving the credentials of all those who run for high office.

The Assembly of Experts is theoretically in charge of supervising the activities of the leader and appointing his successor when he dies or is incapacitated, but this assembly is made up of 88 top clerics who are allegedly experts in Islamic jurisprudence. Again, the members of this assembly too have to be vetted by the Guardian Council, ensuring that they follow the wishes of the Supreme Leader.

However, despite all these undemocratic principles, the system has managed to maintain a line of communication with the public and to provide a safety valve for the expression of public dissatisfaction. Practically, in all the elections that have been held in Iran during the past three decades, Iranians have shown that they are in favour of change and reform and have voted for reformist candidates. The 2013 presidential election that resulted in the victory of a centrist candidate, Hassan Rouhani, had encouraged many people to believe that the regime had moved beyond the era of Ahmadinejad and was going to allow the people greater freedom in their choices.

The massive disqualifications of reformist candidates for the forthcoming Majles and the Assembly of Experts election on February 26 show that the leopard has not changed its spots. This ominous development may bring about a repetition of former protests against the regime, which will gradually erode its standing among the people.

At this election, there are around 53 million voters, 30% of whom are under the age of 30, and 70% under the age of 50. The balance of power in Iran has shifted to a younger, more cosmopolitan and more reform minded generation. Either the regime will come to terms with this reality and will introduce a much greater degree of democracy, freedom and human rights, or it will face the opposition of larger and larger number of people who have moved on from the empty religious slogans of the early days of the revolution.

Farhang Jahanpour is a former professor and dean of the Faculty of Foreign Languages at the University of Isfahan and a former Senior Research Fellow at Harvard University. He is a tutor in the Department of Continuing Education and a member of Kellogg College, University of Oxford.This is the fourth of a series of 10 articles in which Jahanpour looks at various aspects and implications of the framework agreement on Iran’s nuclear programme reached in July 2015 between Iran and the United States, United Kingdom, Russia, France, China and Germany, plus the European Union.