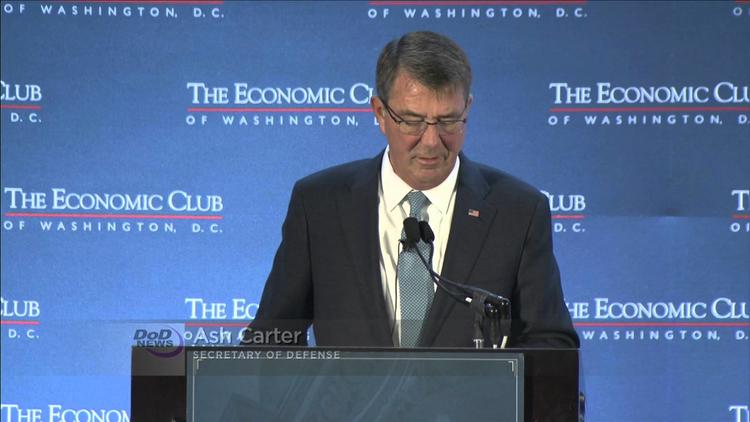 Despite the deep social and economic issues President Barack Obama is confronted with, military expenditure was conceived as a priority.

The Pentagon plans to spend four more times in [Europe] defense in 2017 than in 2016 in order to have sufficient military capability to support to its European NATO allies, the U.S. government revealed Tuesday.

U.S. Defense Secretary Ash Carter said his department would seek a US$582.7 billion budget for the next fiscal year, which starts on Oct. 1, arguing the country had entered a new strategic era.

“Today’s security environment is dramatically different than the one we’ve been engaged with for the last 25 years and it requires new ways of thinking and new ways of acting,” he said to an audience at the Economic Club of Washington.

Since Crimeans voted to reunify with Russia in 2014, the Pentagon has considered Moscow a growing security challenge.

“We should make clear that America will stand firm with its allies in defending not just NATO territory but also shared principles of international law and order,” said Carter.

The Pentagon will use the massive extra cash to quadruple military spending in the Baltic region, where they will channel US$3.4 billion. This fiscal year, the Pentagon has set aside US$789 million for that area. The sum will mainly be used to boost military training.

As well as Russia, China has also been included in what Washington calls growing security challenges, which, in Carter’s opinion, legitimizes the Pentagon’s significant investment of US$71.4 billion in research and development against alleged threats.

“Key to our approach is being able to deter our most advanced competitors,” Carter said. “We must have—and be seen to have—the ability to impose unacceptable costs on an advanced aggressor.”

Last but not least, the U.S. military budget allocated to fight the Islamic State group will double next year, reaching US$7.5 billion.

Carter explained that the U.S. was running out of smart bombs and laser-guided rockets, which have been used abundantly against the Islamic State group in Iraq and Syria, adding they will allocate US$1.8 billion to 45,000 more.

However, the total increase in next year’s budget is considered insufficient by Republican lawmakers, who said President Barack Obama had failed to use the authority he has to further boost war funding this year, as he only asked for US$60 billion.

“The president’s response to a security environment that is quickly degrading is to further cannibalize (meaning reducing to minimum) our military capability,” Representative Mac Thornberry, the chairman of the House of Representatives Armed Services Committee, said in a statement.

The final 2017 budget will be formally announced next week.