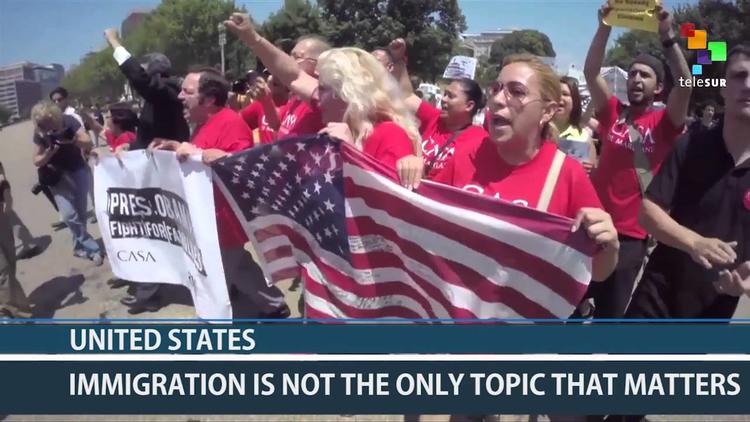 According to a new poll, more than 80 percent of all Latinos in the U.S. view Republican presidential frontrunner Donald Trump unfavorably.

The popularity of United States Republican presidential Donald Trump, who is leading in the race to the nomination, has been tanking in recent months within the Latino community across the country as eight in 10 Hispanics view the billionaire unfavorably, according to a Washington Post-Univision News poll released Thursday.

The poll also finds that seven out of 10 had a “very unfavorable” impression of the billionaire businessman.

The poll shows that Trump’s comments on immigration and the Mexico wall he vows to build if elected president have increasingly been hurting his chances within the Latino community.

Thursday’s poll is more damaging than an earlier poll on the same group. In June, a Univision survey showed that seven in 10 Hispanic voters viewed Trump unfavorably, including six in 10 very unfavorably.

Furthermore, Thursday’s poll also shows Trump has the worst views from Latinos in the U.S. compared to other leading Republican candidates, Marco Rubio and Ted Cruz, who are both of Cuban descent.

Rubio is seen favorably among the surveyed group with 45 percent in favor and 37 percent with an unfavorable impression. However, Ted Cruz is viewed slightly less negatively at 44 percent while 39 percent have a positive impression of him.

Also, Trump would not stand a chance among Latinos in a hypothetical presidential race between him and Democratic presidential Candidate Hillary Clinton.

According to the poll, Clinton beats Trump among Hispanics by a 57-point margin. Meanwhile, she leads John Kasich by 43 points, Cruz by 38 points and Rubio by 30 points.

TeleSur from last week: “Latinos in the U.S. Speak Out”