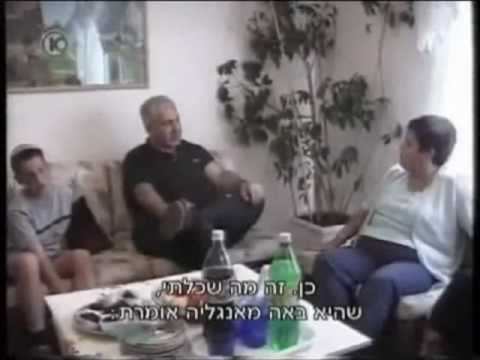 In last night’s Republican debate co-sponsored by Telemundo, billionaire bigot Donald Trump, usually a resident of Mars, briefly came back to earth long enough to suggest he could broker a deal between the Israelis and the Palestinians by being even-handed. It is not a matter, he said, of good guys and bad guys.

Trump appears momentarily to have forgotten that he thinks there is something very wrong with Muslims in general such that they should all be barred from the United States and their places of worship should be closed down until Trump can figure out what it is. Or perhaps he forgot that the majority of Palestinians is Muslims (worldwide, Christian Palestinians are probably 20% of those with this heritage, but the Christians have been absorbed by Lebanon and the West in a way that Muslim Palestinians have not). I’m not sure how he thinks he can do a deal with the president of Palestine, Mahmoud Abbas, if he won’t let him so much as come to Camp David because he thinks all Muslims are racially suspect.

Marco Rubio is known to be the favorite of corrupt casino mogul Sheldon Adelson, who allegedly made his money bribing the Chinese communist party to let him take advantage of people with a casino in Macau. Adelson is a far-right Jewish exceptionalist and the chief backer of far-right Israeli Prime Minister Binyamin Netanyahu. (Adelson illicitly dumps a free pro-Netanyahu newspaper on the poor Israelis, surely a violation of the WTO, in hopes of driving more even-handed newspapers out of business).

New Jersey governor Chris Christie, unlike repeated also-ran Rubio, had to drop out of the GOP race for lack of deep enough donor pockets. One of the reasons Christie is no longer in the race is because he inadvertently offended Adelson by referring to the Occupied West Bank and Gaza as Occupied by the Israelis, which they have been since 1967. Those territories have 4.5 million stateless Palestinians whose air, water and land is controlled by the Israeli army. But one of the propaganda ploys of the Zionist right wing is to go into high dudgeon if someone so much as speaks this simple truth publicly. The Israeli bully-boys of the Right have gone after everyone from the secretary-general of the United Nations to the US ambassador to Israel, and from President Obama to the foreign minister of Sweden, for daring to say the word Occupation out loud. (In the US, professors have been spied on, smeared as terrorists, blackballed, fired, bullied and even sent death threats by Likudniks for not toeing the imposed party line). It is as though they think they can sweep an epic set of war crimes under the rug by multiple and loud tantrums of passive aggression.

So, to please Adelson and other donors of his ilk, Rubio immediately jumped in to make a series of completely false and self-contradictory pronouncements on the Palestinians, about whom he knows nothing at all.

1. RUBIO: “Because — and I don’t know if Donald realizes this. I’m sure it’s not his intent perhaps. But the position you’ve taken is an anti-Israel position. And here’s why. Because you cannot be an honest broker in a dispute between two sides in which one of the sides is constantly acting in bad faith.”

That Adelson would tell Rubio to say that being even-handed on the Israeli-Palestinian issue is anti-Israeli is no surprise. And I guess that Robo Rubio would read his lines the way they were written by lobbyists is also no surprise.

It is, of course, the Israelis who have consistently acted in bad faith. Netanyahu even proudly boasted about this bad faith when he thought he wasn’t on camera:

“Netanyahu: I Deceived the US to Destroy Oslo Accords. English Subtitles”

Rubio 2. “The Palestinian Authority has walked away from multiple efforts to make peace, very generous offers from the Israels.”

Rubio should look at Jeffrey Rudolph’s “The Hamas Quiz” :

“Who stated the following on February 14, 2006? ‘Camp David was not the missed opportunity for the Palestinians, and if I were a Palestinian I would have rejected Camp David, as well.’”

– “Shlomo Ben-Ami: Israel’s Minister of Public Security in 1999, Minister of Foreign Affairs from 2000-2001, and Israel’s top negotiator at Camp David and Taba negotiations. (What Ben-Ami recognized was that Israel in fact offered the Palestinians an unviable Middle East Bantustan — several blocks of West Bank land with huge Jewish settlements in between.)

“Mainstream commentators continue to reproduce the baseless Israeli claim that former Prime Minister Ehud Barak was very generous in the offer he made to the Palestinians at Camp David in 2000. The quote by Ben-Ami should be sufficient to end this harmful myth.”

Rubio: 3. “Instead, here’s what the Palestinians do. They teach their four- year-old children that killing Jews is a glorious thing.”

-False. Nathan Brown, Professor of Political Science and International Affairs at George Washington University, after a detailed study on The Palestinian Curriculum, writes: “[T]he Palestinian curriculum is not a war curriculum; while highly nationalistic, it does not incite hatred, violence, and anti-Semitism.”

Right-wing supporters of Israel, seeking reasons why Palestinians harbor resentment against Israel and Jews, often point to Palestinian textbooks that purportedly instill such hatred. Prof. Brown demonstrates that a better explanation is to be found in the harsh occupation administered by Israel. As Prof. Brown writes in his conclusion, “With the effects of conflict felt on a daily basis, what textbooks and teachers say is probably irrelevant in any case.”

Rubio: 4. “Here’s what Hamas does. They launch rockets and terrorist attacks again Israel on an ongoing basis.”

First of all, Israeli intelligence built Hamas up as a rival to the secular Palestinian Liberation Organization, and Israel agreed to let it run in the 2006 elections, which it won.

Second, here is what an Israeli newspaper wrote:

“Hamas maintains varying degrees of popularity due to Israel. Israel’s actions have shown “Palestinians that nonviolence and mutual recognition are futile….[H]amas’ greatest asset…is not rockets and tunnels. Hamas’ greatest asset is the Palestinian belief that Israel only understands the language of force….The people of Gaza will win [some] relief [after the 2014 ‘war’] not because Salam Fayyad painstakingly built up Palestinian institutions, not because Mahmoud Abbas repeatedly recognized Israel’s right to exist and not because Bassem Tamimi protested nonviolently in partnership with Israelis. Tragically, under this Israeli government, those efforts have brought Palestinians virtually no concessions at all. The people of Gaza will win some relief from the blockade – as they did when the last Gaza war ended [in 2012] – because Hamas launched rockets designed to kill.”

Further, of course, the little home-made rockets, more or less high school science projects, that Hamas shoots out into the Israeli desert very seldom do any significant damage, though there has been some, and some lives lost. That there have been thousands is no more pertinent to military history than that thousands of rockets are set off on Fourth of July in the US (most of them more powerful than anything Hamas has). The Palestinians shooting the rockets belong to families expelled from what is now Israel in 1948, many of them crowded into refugee camps, who lost their land, their homes, all their money, and were then locked out of their former homeland in the world’s largest open-air prison. Many could walk home in a couple of hours if allowed to. Some are from Sderot, now populated by Ethiopians and Moroccans from abroad who are living in Palestinians’ former homes.

In contrast, Israeli F-16s have murdered thousands of Palestinians from the sky in the past decade, including thousands of innocent women and children and elders.

That is because Israel has flooded hundreds of thousands of Israelis onto Palestinian land in the Palestinian West Bank, and, indeed, keeps announcing more such outright theft on a colonial scale.

In my piece, “Palestine overwhelmed by illegal American immigrants,” I wrote:

“It is strictly illegal for the occupying power to attempt to annex occupied territory or to transfer its citizens into militarily occupied territory. Mussolini’s Italy pulled that stunt with the parts of France he occupied during WW II. When you hear that someone has violated the Geneva Convention, that isn’t just an abstract matter. It means that someone is acting the way the dictators acted during the war, because it is that kind of lawless behavior the conventions were attempting to forestall from happening again.”

Rubio: 6. And so the next president of the United States needs to be someone like me who will stand firmly on the side of Israel. I’m not — I’m not going to sit here and say, “Oh, I’m not on either side.” I will be on a side.

Rubio is just admitting that he is not and cannot be an honest broker in any such negotiations. In this, he is saying openly what the actual policy of the United States has been since 1948.

Let’s quote his own words against him since he is admitting his bad faith: You can’t be an honest broker where one of the sides is acting in bad faith. In this case, both Washington and the Likud government are.

Rubio: 7. I will be on Israel’s side every single day because they are the only pro-American, free enterprise democracy in the entire Middle East.

You can’t be a democracy if you deny 4.5 million people the rights of citizenship or any significant say in how they are governed. The West Bank is ruled by the Israeli military on any issue that matters. Arbitrary imprisonment is routine. Torture has been credibly alleged. Live ammunition is deployed against protesters. Property is confiscated with no shred of legality. Neither the rule of law nor anything that could remotely be termed democracy exists under Israeli Occupation.

Since Rubio is so hot on free enterprise and on small government, maybe he would like to stop allowing Americans to take their donations to illegal Israeli squatting off their American taxes?