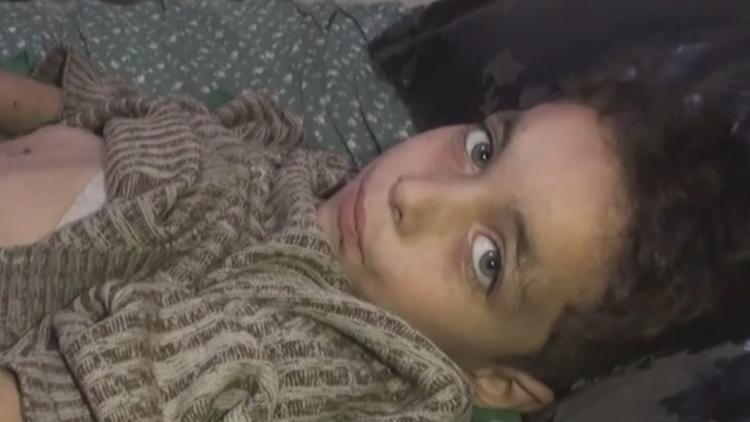 (Beirut) – The Syrian-Russian joint military operation in Syria has included the use of internationally banned cluster munitions in at least 14 attacks across five governorates since January 26, 2016. The attacks killed at least 37 civilians, including six women and nine children, and wounded dozens.

The International Syria Support Group, a group of 17 countries and three organizations that is scheduled to meet on February 11, should make protecting civilians and ending indiscriminate attacks, including with cluster munitions, a key priority, Human Rights Watch said.

“Any solution of the Syrian crisis needs to address ongoing indiscriminate attacks,” said Nadim Houry, deputy Middle East director. “A good place to start would be a commitment by Russia and Syria to stop using cluster munitions.”

The surge in cluster munition use has taken place in the context of intensified Russian and Syrian military action to establish control over key strategic territory in the governorates of Aleppo, Damascus, Idlib, Homs, and Hama. The recent offensive around Aleppo has caused at least 20,000 people to flee towards the Turkish border. At least seven attacks also took place as government and anti-government forces met for peace talks in Geneva, which were suspended on February 3.

Any solution of the Syrian crisis needs to address ongoing indiscriminate attacks. A good place to start would be a commitment by Russia and Syria to stop using cluster munitions.

In the 14 documented cases, Human Rights Watch both interviewed at least one local source who was a witness to the attack or its immediate aftermath, and identified the type of cluster munition used by reviewing photographs or videos. Casualty numbers are based on name lists provided by medical personnel, local responders, and journalists.

The real number of cluster munition attacks is most likely higher, Human Rights Watch said. Local activists have reported at least eight additional attacks since January 26, including providing photographs and videos of remnants, but Human Rights Watch was not able to reach witnesses to those attacks.

Some of the cluster munition attacks in recent weeks occurred in the northern governorate of Aleppo, near Nubbul and Zahraa, where government and pro-government forces attempted to break the siege imposed by armed opposition groups, including the Nusra front, on the two majority-Shiite towns.

In Anadan, seven kilometers from Zahraa, cluster munitions and other weapons were used in an air attack that also struck a field hospital on January 27, killing a nurse; two first responders and a local media activist said. A local television report shows fragmentation damage and flat tires on an ambulance and minivan – indicating cluster munition use – as well as the clearance of AO-2.5 RT/RTM submunitions.

Warning: Viewers may find this disturbing