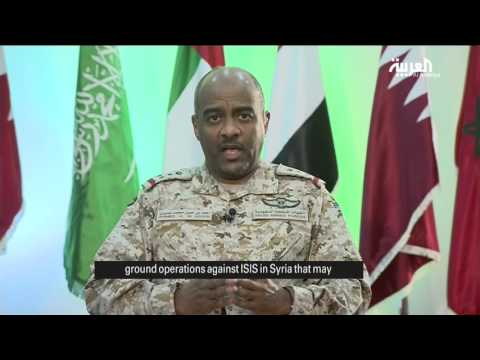 The Saudi military said it is ready to contribute thousands of troops to Syria as part of the U.S.-led anti-Islamic State group coalition.

Saudi Arabia, already involved in a large aerial and ground operation in Yemen, said it would be willing to send more ground troops to Syria to fight the Islamic State group Thursday.

“The kingdom is ready to participate in any ground operations that the coalition (against the Islamic State group) may agree to carry out in Syria,” military spokesman Brigadier General Ahmed al-Asiri said during an interview with al-Arabiya TV news.

Meanwhile, Saudi sources told The Guardian Thursday that “thousands of special forces could be deployed, probably in coordination with Turkey.”

Saudi Arabia is already part of the United States-led coalition against the Islamic State group in Syria, yet Aisiri said his government believes “that aerial operations are not the ideal solution and there must be a twin mix of aerial and ground operations.”

Both countries are committed to the removal of Syrian President Bashar al-Assad and have grave doubts about the prospects for a political settlement of the crisis without further military pressure on Damascus. Saudi Arabia and Turkey set up a military coordination body a few weeks ago.

Despite an increasingly strained relationship with the U.S.—especially over the nuclear deal with Iran, the Saudis’ strategic rival—the Kingdom is keen to do more to demonstrate its readiness to fight terrorism. Saudi Arabia has been repeatedly targeted by Isis in recent months and is often accused of being an incubator for violent extremism.

Asiri said the “progress” his military made in Yemen would free up troops for deployment in Syria.

The Saudi-led coalition in Yemen kicked off in March last year against the Yemeni Ansarullah rebels, also called Houthis, who took over the country and ousted the U.S. and Saudi ally President Abd Rabbuh Mansur Hadi.

According to the United Nations, more than 3,500 civilians have been killed as a result of the Saudi-led war to oust the Ansarullah rebels, who took over the country and ousted U.S. and Saudi ally President Hadi back in January 2015.

The Saudi comments come a day after the U.N. suspended a third attempt at Syrian peace talks between the warring sides amid the opposition’s refusal to participate without a pre-talks cease-fire by Syrian and Russian forces.