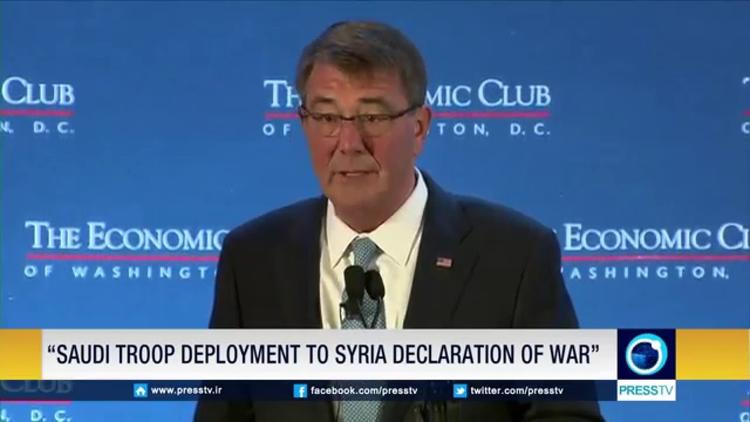 Any ground troops who would “attack or violate” Syria’s sovereignty would return to their countries in a “wooden coffin,” the Syrian Foreign Minister Walid al-Moualem told reporters Saturday, a few days after Saudi Arabia said it was ready to send thousands of troops to Syria.

“Let no one think they can attack Syria or violate its sovereignty because I assure you any aggressor will return to their country in a wooden coffin, whether they be Saudis or Turks,” the top Syrian diplomat warned during a news conference in Syria’s capital Damascus. .

“Any ground intervention on Syrian territory without government authorization would amount to an aggression that must be resisted.”

His comments came a few days after the Saudi military announced Thursday it was “ready to participate in any ground operations that the coalition may agree to carry out in Syria.”

Also, Russia’s Defense Ministry spokesman Igor Konashenkov claimed on the same day that Turkey was making “preparations for an armed invasion” of the country, an allegation Ankara rejected by dismissing any plan for staging a military incursion in its southern neighbor.

While saying it would be a longshot for the Turks or the Saudis to send troops to Syria, Muallem argued that due to the “crazy” Saudi decisions in Yemen and other places “nothing can be ruled out,” referring to the almost one year-long Saudi military campaign in Yemen.

Furthermore, the foreign minister accused Turkey, Saudi Arabia and Qatar of sabotaging the United Nations Syria talks, which have now been suspended.

“Everyone should realize, on top of all [the UN Special Envoy for Syria Staffan] de Mistura, that Syria is going for a… dialog without any preconditions and will not comply with any precondition set by any party whatsoever,” he said.

The U.N. talks, which kicked off late January, were suspended Wednesday after the Saudi-backed opposition group High Negotiations Committee (HNC) refused to join the talks before a halt to all military operations by the Syrian and Russian militaries.