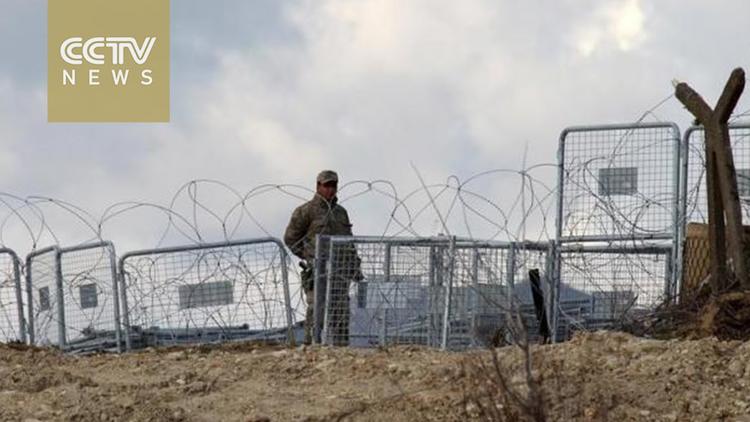 This morning, according to the Syria Observatory and the Arabic press some 500 Sunni Arab rebels based in Turkey crossed back into Syria to help defend the town of Azaz from the YPG miitia of Syrian Kurds, which is advancing on the city. They were allowed to bring their light and heavy weapons through the official Turkish checkpoint, pointing to Turkish collusion with their covert mission.

Kurds comprise about 10 percent of Syria’s population, mainly in the northeast of the country. Most Syrians speak Arabic, but Kurds speak an Indo-European language related to English. For the most part they have not taken on the regime (though there is an anti-Assad Kurdish militia in the Aleppo region), targeting al-Qaeda, the Salafi jihadis and ISIL instead.

Kurds used to live in three unconnected cantons in the north of Syria along the Turkish border. They dream of uniting them into a contiguous Kurdish territory that they call Rojava. Although they are also mostly Sunni Muslims, the Syrian Kurds are relatively secular-minded and their main militia, the YPG or People’s Defense Units, is on the far left, urging women’s equality and a socialist economy. The Syrian Kurds have united the eastern canton of Jazeera with Kobane to its west. Now only Afrin in the far west is cut off from the other Kurdish regions.

In recent weeks, Russian airstrikes gave support to the Syrian Arab Army, Hezbollah and other pro-regime forces to break the siege on East Aleppo by al-Qaeda (the Nusra Front) and other rebel groups and to begin taking territory just north of Aleppo.

Kurdish fighters in the northwestern canton of Afrin took advantage of this weakening of the rebel forces to move east and take several villages. They now seek control over Azaz itself, and then hope to move east so as to hook up with the other two Kurdish cantons, forming a contiguous Kurdish state along the border with Turkey, which they call Rojava. This plan infuriates Ankara, which fears separatism among its own Kurds (some 20% of the Turkish population). Just on Wednesday, a car bomb killed at least 28 in the Turkish capital, likely the work of the radical Kurdistan Workers Party, with which the Syrian YPG is vaguely affiliated. But Russia and even possibly the US do not have any problems with it, since a Rojava Kurdistan would be in a position to stop the flow of arms, ammunition and money from Turkey into Syria.

Turkey has been shelling Syrian Kurdish positions from the Turkish side of the border for the past few days, despite pressure from the Obama administration and from France to cease and desist. that shelling has proved ineffectual, failing to halt Kurdish advances against the Sunni Arab rebels (including al-Qaeda but also Muslim Brotherhood groups).

The Syrian Observatory alleged that the Sunni Arab fighters who crossed at Bab al-Salama are backed by Turkey. This allegation is at least plausible, since Turkey controls the checkpoint and it let them through.

The Observatory says the fighters are a mix of Muslim fundamentalists and secularists.