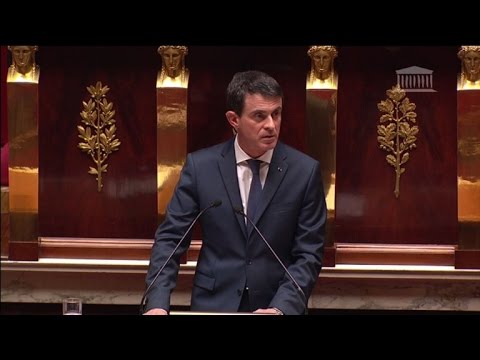 BELFAST (IPS) – The World Health Organization has said that ‘Violence is a preventable disease’ and people are not born violent, rather we all live in cultures of violence. This can be changed through nonviolent peacemaking and the persuit of ‘just peace’ and nurturing of cultures of peace. . .

The consequences of NATO/US policies of invasions and occupation is the destruction of Iraq, Libya, Afghanistan, Syria, and Yemen, to name but a few. A real question now to be asked by Europeans is: Do you want to continue being part of the perpetual wars of US and its most belligerent states of UK and Israel, and the militarization and nuclearization of Europe to continue? . . .

Many governments in Europe are in denial that they are in a crisis but unless courageous policy reversals are implemented and more funding put into human security by dealing with unemployment and poverty, things will not change for the better for our societies in the forseeable futre. But we do not need austerity cuts, we live in a very rich world it’s just that we have got our priorities wrong!

Billions of Euros spent by NATO and Europe hosting war exercises, increases fearology, prepares people mentally for enmity and war, and lines the pockets of the rich, of arms manufacturers and war profiteers. In November 2015, while the worlds political leaders, and media, focused on the refugee crisis and the violence of illegal groups of Daesh (Islamic state) and other fundamental Islamic extremists, almost unknown to the civil community, as it was little reported, one of the great threats to the survival of humanity was taking place in Northern Europe, across three European states. Some 36,000 military troops, 200 fighter aircrafts and more than 60 warships carried out NATO’s biggest war games in 13 years.The military troops were from over 30 states.

They were carrying out war exercises preparing to fight together in battle groups if necessary in a war, which should it come to pass, would be a horror of horrors and one of the greatest crimes against humanity, a nuclear/conventional war on European soil, and spreading quickly across the world. The NATO (led by the US) has fought many illegal wars. They argue that it is necessary to fight terrorism and that it must defend its members from threats from the Middle East and North Africa.

The cold war propaganda against Russia continues and NATO by its expansionist and aggressive strategy has brought Europe to a situation similar to that of the Cold War causing a new dangerous confrontation with Russia.

I believe Europe (and indeed the world) must now ask the tough questions and make hard, brave and courageous choices: ‘Do we continue down the road of re-arming Europe and the World, and building a culture of militarism and war, creating enemy images and demonizing other countries and their leaders, implementing ‘regime change’ through bogus ‘right to protect’ military intervention, or do we choose to start disarming our conscience, hearts and minds, dismantling our weapons, ending militarism and war and implementing International law?’

Europe and the world needs a New Vision of Unity and Demilitarization of Regions, with power devolved to communities where people feel empowered and true democracy can be established. A demilitarized world is something we can all work together to build.

It is not an impossible dream, but begins with each one of us, choosing to live lives of nonkilling and nonviolence and building friendships between peoples and regions in order to cooperate as the human family on the problems we all need to deal with such as environment and poverty. We have imagination and genius and with confidence and trust in ourselves and each other, we can move away from nationalism and war, towards regional solutions built on demilitarized societies of peaceful co-existence ¬ we can and we must learn to live together in all our diversity. Peace Demilitarized and Devolved Democracy is possible and is a human right for all.

Mairead Maguire, a peace activist from Northern Ireland is a 1976 Nobel Peace Laureate