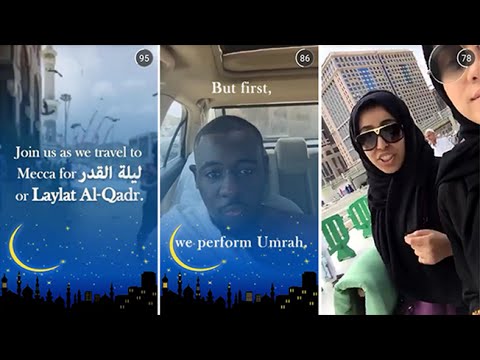 In 2011, the Arab Spring rocked many parts of the Middle East.

Regime change in Tunisia, Egypt and Libya saw the departure of long-established – seemingly untouchable – political leaders and inspired ripples of protest and disquiet in many neighboring Arab nations. The tumultuous ramifications are still playing out in many countries across the region.

During the the immediate aftermath of these events the role played by social media in facilitating change was hotly debated. Perspectives ranged from Malcolm Gladwell’s “Small change – why the revolution will not be tweeted,” through to John Pollock’s “Streetbook – how Egyptian and Tunisian youth hacked the Arab Spring” and Clay Shirky’s essay on “Technology, the public sphere, and political change.”

Although social media’s contribution to sociopolitical change in the region may have been overstated, it did help amplify discontent and provided global media outlets with valuable on-the-ground insights. At a time of information scarcity, social media offered perspectives that might otherwise have been hard to come by.

Perhaps the most high-profile proponent of this new way of working was NPR’s Andy Carvin, who successfully used Twitter to identify, share and verify stories. The impact of his work led the Columbia Journalism Review to ask: “Is this the world’s best Twitter account?”

Carvin’s approach, like many others reporting on this chaotic period, was not without its faults, but this collaborative model pioneered new ways of using social media in a breaking news environment.

Five years on, there remains considerable interest in how social media and mobile technology is shaping attitudes and behaviors in the Middle East and North Africa (MENA), particularly among the region’s substantial youth population.

It’s against this backdrop that I produce an annual round-up of developments from across the region, analyzing research findings and industry announcements to identify the key trends from the past 12 months.

What it all means

Post-Arab Spring, the Middle East continues to be active on social media. All of the major networks are seeing growth in user numbers, and usage trends often mirror those found in other regions. This includes the often overlooked strength of Facebook, the rapid rise of visually orientated networks and the smaller than might be expected (given the volume of media coverage it gets) number of Twitter users.

Understanding what social networks the region uses is important for brands, news organizations, NGOs and others wishing to tap into this growing regional market, and who want to know where best to direct their efforts.

Meanwhile, the continued growth of social media usage, smartphone take-up, and the rise of visual and video-focused networks means that if the events of 2011 were to be repeated today, we could expect to see even more material originating from social platforms.

For many of the political regimes in the region, this creates a level of nervousness. Turkey, for instance, has repeatedly shut down social networks at various points; and we’ve seen several recent cases in the Gulf region of social media users landing in jail as a result of posts on social networks and messaging apps.

If a Facebook relationship status could describe the ongoing dynamic between the Middle East and social media, it would simply be: it’s complicated.