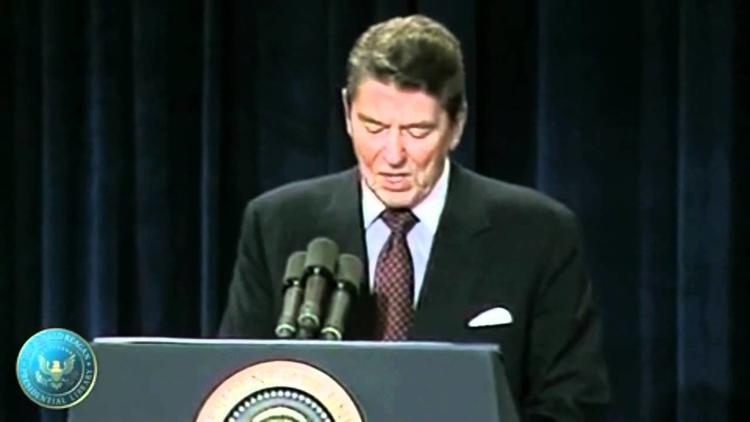 Donald Trump has now won a primary, and looks positioned to win many more. The GOP establishment nightmare looks more plausible by the day – have you seen a poll anywhere in any state where Trump or Ted Cruz doesn’t lead? In so many ways, Trump’s ascent in the Republican primary is an umami-spiked burger of unrivaled deliciousness. For those on the left who have long regarded the GOP primary electorate as an out-of-control anti-system party, Trump is the embodiment of uninformed, aimless rage. This badly dressed billionaire with narcissistic personality disorder and a Herodotus-length history of marital and business wreckage is the savior of the values-voting white working class? How could a man who represents everything that is wrong with American casino capitalism – who is literally a casino magnate – become the vehicle for the aspirations and recriminations of down-on-their-luck, downwardly mobile working class voters?

Most of Trump’s supporters couldn’t afford a single night in one of his ostentatious hotels. In real life, Donald Trump would face down illegal immigration by building a 2,200-mile luxury hotel along the border and staffing it with migrants. Better yet, the man is so radioactive nationally that he would likely take the entire party down with him on election night, an electoral Chernobyl that might even breach the concrete containment building of the House GOP majority. The half-life of the fallout from this subcritical meltdown could span multiple cycles. That Trump’s chief current rival for the nomination is also a universally loathed piece of electoral kryptonite just makes it sweeter. Is there a danger that one of these guys could actually win? Sure, but the opportunity of both a landslide victory and the reconquista of congress far outweighs the tiny risk.

Yet this is just the horse-race perspective. Because Trump is on the verge of making every serious observer in America look silly – including Nate Silver, the Nostradamus of political forecasting, who repeatedly and loudly declared< that Trump was an enormous longshot– it is worth getting to the bottom of exactly what is happening. For the professional agitators in the intellectual stratosphere of movement conservatism, Trump represents either a dangerous deviation from orthodoxy, or a one-time cul de sac, a creation of the moment who, even if successful in attaining the nomination, will quickly be routed around, like damage on the Internet. They are wrong. Trump is everything the right has spent 40 years working towards: the apotheosis of anti-intellectualism, the monstrous creation of money-is-speech, Citizens United politics, the standard-bearer of contempt for competent public administration, and the true face of the movement-endorsed, Wall Street-executed strip-mining of the American middle class. He may not sing along to every tune in the karaoke book, but he is, nevertheless, its inevitable endpoint.

Trump is, first, the consequence of the right’s 40-year war against government – by relentlessly demonizing it, they have convinced a considerable number of Americans that just about anyone can competently run it, or preferably destroy it. Ever since Ronald Reagan’s “I’m from the government and I’m here to help< quip, this has been the overarching theme of Republican politics. If you’ve convinced your core supporters that government is asbestos, and that it needs to be torn out of the wall of free enterprise capitalism, why would they care what kind of person is put in charge of its disposal? Who needs governing experience when all you need is an axe?

Trumpism is also the culmination of the right’s worship of blind ignorance. Some of this can be traced back to his biggest supporter, Sarah Palin. When John McCain unexpectedly chose the then-Alaska governor as his running mate in 2008, it should have set off alarm bells throughout the party hierarchy. Instead, party insiders and commentators almost without exception lined up enthusiastically behind this obviously incompetent, dimwitted opportunist who from the beginning could not speak without a script for more than 10 seconds without sounding Google-translated. A party that signs off on having Sarah Palin ascend to the second-highest office in the land just has no business wringing its hands about Donald Trump. Both in terms of speech patterns and policy acumen, Trump is Palin, just without the incomplete term governing Alaska. If anything, Trump actually seems like a worse human being – a self-important, oversensitive misogynist who internalizes every slight and then publicly humiliates anyone who crosses him.

But laying this at the feet of the tragicomic figure of Sarah Palin is reductive. Conservatives have spent 60 years constructing an entirely alternate information universe for themselves – one where global warming is a leftist hoax to gin up research dollars (never mind the little problem of entire countries being evacuated< the professorial, incrementalist family man Barack Obama is a raving Maoist running roughshod over the Constitution and the evidence-free Laffer Curve is the basis of all sound public fiscal policy. It is not a new observation to notice that the rules of discourse and evidence seem not to apply in this universe. But lost in the general condemnation from the reality-based community is the problem that these entrepreneurs of outrage and hostility have lost control over their creation by believing that the normal rules of politics in Universe Actual would still apply outside the echo chamber. The party cannot decide when the party’s own supporters have been convinced that participating in routine policymaking is a Munich-level betrayal of ideological purity. Worse, a movement that had grown smug about its level of intellectual complexity has awoken to the cold fact that its most fervent supporters could care less about The Road To Serfdom and Atlas Shrugged and the archives of the National Review. They seem a bit more concerned about the hollowing out of the middle class.

But if they are honest with themselves, the gatekeepers of noble conservatism should see that they had a hand in the rise of Trump not just by cordoning themselves off from mainstream discourse, but by aligning themselves with Trump on his biggest issues. National Review in particular has spent the Obama years trying to refashion itself in the image of the Tea Party to please readers whose core beliefs look and sound distinctly Trumpian. The pages of the magazine and its online counterpart became wildly successful precisely by fanning the flames of ignorant terror panic by giving a platform to wild-eyed Islamophobes like Andrew McCarthy and the unctuous Victor Davis Hanson, and running near-daily jeremiads against immigration. After Trump released his ban-the-Muslims “proposal,” McCarthy wrote that he “has a way of pushing us into important debates< Trump’s worldview is indiscriminate rage – against the establishment, against ‘illegals’, against China, against the media, against women, but above all against government itself. Most of Trump’s basic policy positions – if you can call them that – would not seem all that terribly out of place in any of conservatism’s popular media outlets.

And now the self-appointed guardians of movement conservatism have been usurped by upstart competitors who don’t play by the rules of stoking apoplexy and then lining up behind the nearest warm Romney at election time. National Review spawned a thousand Red States and Pajamas Medias and elevated clueless buffoons like Erick Erickson, Mark Levin and Glenn Beck to positions of discursive authority in their movement. Rather than keeping these people on the margins, they were given their own shows on Fox News and linked to prominently on RealClearPolitics and invited on TV as experts during election season. That these same demagogues have now decided to clutch their pearls and express their horror at Trump in the pages of National Review itself< should be no means absolve them of their responsibility for his existence. On the contrary, the fact that National Review, of all publications, should appeal to such people for authoritative expertise proves that they have placed the movement in their hands.

This is also how the Citizens United story ends. Conservatives may actually believe that money is speech, but they also thought Universe Actual rules would apply to the orgiastic splattering of untraceable cash on TV screens: reliable Wall Street billionaires like Sheldon Adelson and the Koch Brothers would direct their stream of wealth to the nearest empty vessel of Randian orthodoxy, elevating an army of Scott Walker clones to positions of authority across the country and then to the highest office. These hopes have been repeatedly dashed by radicalized primary voters, who have selected an endless succession of severe and unelectable ideologues to run in races across the country. The establishment interpreted the Christine O’Donnell Todd Akin revolts as a growing thirst for policymaking-by-hedgefund. Never did they dream that one of these deep-pocketed Rockefellers would blow their money on their own candidacies, harness popular frustration with supply-side dogma, and then ingeniously massage the cash-driven media ecosystem for months of free publicity.

So this is where we are. The writers and talking heads taught the GOP base to distrust scientific expertise and to loathe the political class. But 40 years of slashing taxes and removing all barriers to the accumulation of wealth has eviscerated the financial security of the lower and middle classes and made it nearly impossible for non-elites to make a decent living in this country. Today those same voters regard the Republican establishment the same way they do climate scientists: as charlatans perpetrating an elaborate hoax on them.

Now they are experiencing the same terror as the babysitter in When a Stranger Calls< the call from Donald Trump is coming from inside the movement. The moderate Republicans upstairs are dead, and there’s not much they can do now except get out of the house and run. The right has created this B-horror villain, and they are powerless to escape him. Progressives can be forgiven if they aren’t exactly rooting for the heroes in this one.

France24: “US Presidential Race: who is the real Donald Trump?”