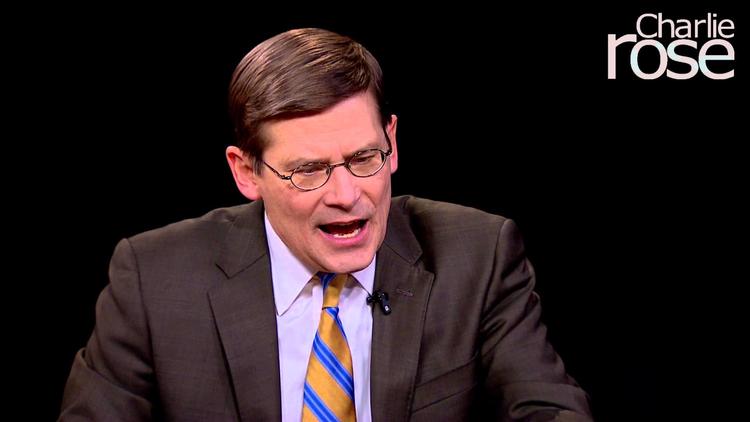 The author of this memoir, Michael Morell, spent 33 years at the CIA, ultimately rising to become it deputy director. Many of the details in his surprisingly candid (and even self critical) account of his tenure at the CIA are new and of importance to those studying the war on terror. For example, the sections dealing with the Agency’s greatest blunder, the “groupthink” mistakes on Iraq’s non-existent WMD program will be of interest to those who want to learn more about how the Agency assessed its mistakes. While President George W. Bush (whom Morell briefed on terror threats for much of his career) comes of as well meaning, Vice President Cheney and his chief of staff Scooter Libby are described in a negative light as attempting to shape CIA intelligence on WMDs to fit their political agenda. Morell describes efforts by Libby to intervene in decisions at the Agency as “the most blatant attempt to politicize intelligence that I saw in thirty three years in the business.” (page 87). Morell is particularly critical of the fact that Cheney and his aides continued to publicly discuss intelligence linking Hussein to Bin Laden that had previously been debunked by the Agency, in order to convince the American public of a need for war.

But this does not mean that the CIA was successfully goaded into producing false intel and Morell genuinely believed that Iraq had WMDs prior to the invasion. He describes the shock that he and others in the Agency felt when the weapons of mass destruction failed materialize after the invasion and they realized they had been involved in “one of the largest intelligence failures in the history of the Agency.” (page 99). In one of the most important statements in the book, Morell then goes on to directly apologize to former secretary of state, Colin Powell, for providing him with the bad intelligence on Iraqi WMDs. It was this intel that provided the basis for Powell’s powerful February 2003 presentation at the UN which convinced many doubters, including Senators Hillary Clinton and John Kerry, to support the war. (page 98).

Morell attributes much of this intelligence failure to an inability on the part of the CIA to penetrate Saddam Hussein’s inner circle. He states that, for his part, Hussein thought American intelligence agencies had in fact penetrated his government/military and understood he had no WMDs. The whole debacle was, in Morell’s words, “A perfect storm of imperfect intelligence” and Morell openly admits that the “bottom line for the intelligence community and the Agency was that we got the vast majority of the judgments on Iraq and WMD wrong.” (page 105 and 91).

There were other misunderstandings between Hussein and the US. Of Hussein’s August 1990 invasion of Kuwait, Morell has him saying to Charles Duelfer (who led the failed WMD hunt after invasion of Iraq) “why didn’t you tell me you would deploy five hundred thousand troops, six carrier battle groups, fourteen hundred combat aircraft and a coalition of thirty two countries. I’m not crazy. If you had simply told me I would not have gone to Kuwait.” (Page 106).

Morell also weighs in on more recent events, such as the Arab Spring. While many analysts initially felt that the Twitter-driven revolutions in Egypt, Libya, Bahrain, Syria and Yemen were a rejection of Al Qaedaism, in actuality the Arab Spring was a “boon to Islamic extremists across both the Middle East and North Africa.” (Page 180). The overthrow of long-ruling secular dictators in the region allowed Islamic militants access to weapons and previously inaccessible routs to power.

This was certainly the case in Libya, a country that Morell states that President Obama personally decided to commence an aerial war against at a White House meeting he attended. America’s involvement in overthrowing Gaddafi indirectly led to the subsequent killing of the US ambassador to Libya, Christopher Stevens, in Benghazi by local militants. But Morell vehemently rejected the “politicized” claims made by Republicans on the Agency’s subsequent analysis of this tragedy and describes the Benghazi controversy as “the poster child of the intrusion of politics into national security.” (page 213).

Morell also discusses future threats and it is telling that he sees AQAP (Al Qaeda in the Arabian Peninsula) as far more capable of carrying out a mass casualty terror attack on America than ISIS. He goes so far as to state “To put it bluntly, I would not be surprised if AQAP tomorrow brought down a US airliner traveling from London to New York.” (page 309). But he nonetheless worries about the demonstrative effect of ISIS’s slick media campaign which calls on home grown “lone wolf” extremists to carry out smaller terror attacks that are harder to uncover and prevent.

Morell, not surprisingly, also supports the CIA’s drone campaign in the tribal regions of Pakistan, Yemen and Somalia as a preventative, counter-terrorism tool. He boldly states of the drones’ disruptive impact on Taliban and Al Qaeda terror plots in Pakistan “There is no doubt in my mind that these strikes have prevented another attack on the scale of 9/11. They have decimated al Qa’ida’s core leadership in South Asia.” (page 137). As for those drone opponents who criticize these remotely piloted aircraft for being “impersonal killers” when compared to more traditional weapons, he defends them as being no more impersonal than a cruise missile or B-52 bomb, only far more accurate. To make this last point, he shares a surprising vignette about an incident where he met with a journalist who was writing an investigative story on the purported large numbers of collateral damage civilian deaths from drones. He tells how he systematically proved to her that her sources were wildly exaggerated (she ultimately decided to “walk away” from the story) to make his point that civilian deaths attributed to drone strikes have been inflated by their critics. (page 139).

Morell also offers up a rigorous defense of what the Agency called EITs (Enhanced Interrogation Techniques) and what critics call torture. He emphatically rejects the notion made by many who are suspicious of the CIA that the interrogation program was “some rogue CIA operation that might be depicted in a Hollywood movie.” (page 269). For starters, he explains that President Bush and members of Congress were regularly briefed on the program, which was approved by the Department of Justice and deemed not to be torture (i.e. a violation of domestic law or US treaty obligations). He even references members of Congress, such as Senator Jay Rockerfeller, who criticized the Agency for being “risk averse” when it came to interrogations. (page 269).

Second, he states emphatically that “there is no doubt in my mind that enhanced interrogation techniques were effective.” (page 271). He cites several examples, including the enhanced interrogation of 9/11 plotter Khalid Sheikh Mohammad (KSM) to prove his point. Before he was interrogated/tortured, KSM was highly uncooperative and even belligerent, but after his enhanced interrogation (waterboarding in this case), he talked freely and even helped thwart a plot he had been involved in to blow up the Brooklyn Bridge by informing on an important co-conspirator. (page 271).

While critics of the program, such as Senator John McCain who came out strongly against EITs, will be displeased by the way Morell glides over the moral implications of the Agency’s use of enhanced interrogation/torture, the author also goes on to provide the example the case of Abu Ahmed (the courier who was tracked and led the CIA to Bin Laden in Abbottabad) to demonstrate the effectiveness of the program. He states “there is no doubt in my mind that information generated by EITs led us to push Abu Ahmed to the top of the list of leads we were pursuing on Bin Ladin…To put it bluntly; without the overall detention program, we would have not caught Bin Ladin the way we did.” (page 272)

As for CIA “black sites” established in allied countries in Eastern Europe and the Middle East to allow the Agency to interrogate terrorists without having to grant them the benefits of the US judicial system (such as reading them their Miranda Rights), Morell bemoans only the fact that we betrayed and embarrassed the host countries by revealing the existence of the secret program itself. As with EITs, Morell firmly believes the black sites were essential to saving American lives. Period. There is little real reflection on the possible negative ramifications to America’s reputation abroad as a beacon of law and democracy from such practices. At the end of the day, Morell sees himself primarily as a front-line fighter in the war against against the lethal terrorist network that caught the CIA unawares on 9/11. Preventing another mass casualty catastrophe is his and the Agency’s primary mission, not winning hearts and minds or promoting America as an example of a law-abiding democracy.

There are many other important nuggets in this insightful history of the CIA as it made its transition from being an organization focused primarily on spying and counter-espionage to waging counter terrorism. Morell states of this extraordinary process “Never before had CIA refocused so abruptly and dramatically as we did after 9/11. The number of officers working on terrorism—including contractors—more than tripled, and the dollars flowing to the terrorism problem jumped even more.” (page 73). But the overall impression one gets from this memoir is that the Agency is run by professionals like Morell who, for all their mistakes on WMDs or use of what most of the world considers torture, are genuinely concerned about keeping the country safe from its enemies and trying to avoid the pitfalls of politics as they go about their jobs.

Brian Glyn Williams worked for the CIA’s Counter Terrorism Center and the US Army’s Information Operations team at ISAF HQ in Afghanistan and is Professor of Islamic History at the University of Massachusetts-Dartmouth and author of “Predators. The CIA’s Drone War on Al Qaeda”(Washington DC, Potomac 2013).