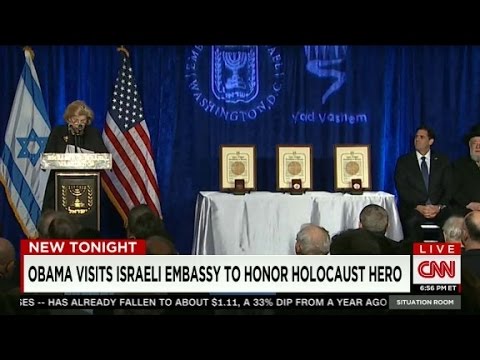 US President Barack Obama reportedly intends to sign a sweeping trade agreement which includes provisions that fail to differentiate between Israel and illegal settlements in the occupied Palestinian territories, as well as discourage the boycott of Israeli goods.

The agreement — H.R. 644: Trade Facilitation and Trade Enforcement Act of 2015 — was passed 75-20 on Thursday, and includes a provision that no US court can enforce judgement from a foreign court on a US citizen who “conducts business operations in Israel, or any territory controlled by Israel.”

The provision, in effect, allows US citizens immunity from conducting trade with illegal Israeli settlements, while its terminology fails to distinguish Israeli settlements from the state of Israel, violating the US’ official line against the construction of settlements in occupied East Jerusalem and the West Bank.

The White House, in a statement released Thursday regarding the agreement, said: “As with any bipartisan compromise legislation, there are provisions in this bill that we do not support.”

Of those provisions that the Obama administration did not support was, according to Ma’an, a provision that “contravenes longstanding US policy towards Israel and the occupied territories, including with regard to Israeli settlement activity,” the statement said.

Despite the contravention, Obama plans to sign the agreement into law “to help strengthen enforcement of the rules and level the playing field for American workers and businesses.”

The agreement also includes a provision that in creating commercial partnerships with foreign countries, the US should “discourage politically motivated boycotts of, divestment from, and sanctions against Israel.”

The US government opposes the boycott, divestment, and sanctions (BDS) movement against Israel, and while US law requires that products made in illegal Israeli settlements may not be labeled “Made in Israel,” the law is rarely enforced.

Israel has been struggling to tackle a growing Palestinian-led boycott campaign which has had a number of high-profile successes abroad.

The BDS movement aims to exert political and economic pressure over Israel’s occupation of the Palestinian territories in a bid to repeat the success of the campaign which ended apartheid in South Africa.

However, BDS initiatives have also faced pushback abroad, notably in France, where a court ruled in October that a group of activists advocating for BDS were guilty under French hate speech legislation.

CNN from two weeks ago: Obama speaks at Israeli embassy amid thaw in relations