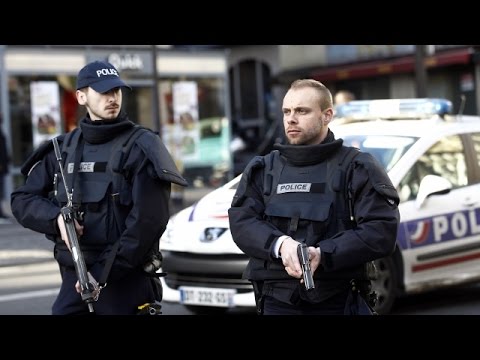 SAO PAULO – American politics has been captured by terrorists. In December 2015, polls showed that one in six Americans, some 16% of the population, now identify terrorism as the most important national problem, up from just 3% in the previous month. This is the highest percentage of Americans to mention terrorism in a decade, although it is still lower than the 46% measured after the terrorist attacks of September 11, 2001.

The effect of this change in public opinion has been particularly strong in the Republican presidential primary. It certainly boosted the candidacy of Donald Trump, whose anti-Muslim rhetoric has been particularly tough (if not incendiary). Some politicians are starting to call the battle against terrorism “World War III.”

Terrorism is a problem for the United States, as the attack in San Bernardino, California in December showed. But it has been blown out of proportion, both by the presidential candidates and by a news media that adheres to the old adage, “If it bleeds, it leads.” To put terrorism in proper perspective, Americans – and others – should bear in mind the following considerations.

Terrorism is a form of theater. Terrorists are more interested in capturing attention and putting their issue at the forefront of the agenda than in the number of deaths they cause per se. The Islamic State (ISIS) pays careful attention to stagecraft. The barbaric beheadings that are broadcast and disseminated through social media are designed to shock and outrage – and thereby capture attention. By exaggerating their effect and making every terrorist act a lead story, we play into their hands.

Terrorism is not the biggest threat facing people in advanced countries. Terrorism kills far fewer people than auto accidents or cigarettes. Indeed, terrorism is not even a big threat – or a small one, for that matter. One is likelier to be struck by lightning than to be killed by a terrorist.

Experts estimate that an American’s annual risk of being killed by a terrorist is one in 3.5 million. Americans are more likely to die in an accident involving a bathtub (one in 950,000), a home appliance (one in 1.5 million), a deer (one in two million), or on a commercial airliner (one in 2.9 million). Six thousand Americans die annually from texting or talking on the phone while driving. That is several hundred times more than die from terrorism. Radical Islamic terrorism kills fewer Americans than attacks by disgruntled workplace and school shooters. Terrorism is not World War III.

Global terrorism is not new. It often takes a generation for a wave of terrorism to burn out. At the beginning of the twentieth century, the anarchist movement killed a number of heads of state for utopian ideals. In the 1960s and 1970s, the “new left” Red Brigades and Red Army Faction hijacked planes across national borders and kidnapped and killed business and political leaders (as well as ordinary citizens).

Today’s jihadist extremists are a venerable political phenomenon wrapped in religious dress. Many of the leaders are not traditional fundamentalists, but people whose identity has been uprooted by globalization and who are searching for meaning in the imagined community of a pure Islamic caliphate. Defeating them will require time and effort, but ISIS’s parochial nature limits the range of its appeal. With its sectarian attacks, it cannot even appeal to all Muslims, much less Hindus, Christians, and others. ISIS will eventually be defeated, just as other transnational terrorists were.

Terrorism is like jiu jitsu. The smaller actor uses the larger actor’s strength to defeat it. No terrorist organization is as powerful as a state, and few terrorist movements have succeeded in overthrowing one. But if they can outrage and frustrate citizens of the state into taking self-defeating actions, they can hope to prevail. Al-Qaeda succeeded in luring the US into Afghanistan in 2001. ISIS was born in the rubble of the subsequent US-led invasion of Iraq.

That is why attention to narrative and how US actions play on social media is as important and as necessary as precision air strikes. Antagonistic rhetoric that alienates Muslims and weakens their willingness to provide crucial intelligence endangers us all. That is why the anti-Muslim posturing of some of the current presidential candidates is so counterproductive.

Terrorism is a serious issue, and it deserves to be a top priority of our intelligence, police, military, and diplomatic agencies. It is an important component of foreign policy. And it is crucial to keep weapons of mass destruction out of terrorists’ hands.

But we should not fall into the terrorists’ trap. Let the actions of thugs play out in an empty theater. If we let them take over the main stage of our public discourse, we will undermine the quality of our civic life and distort our priorities. Our strength will have been used against us.

from last month: “Thousands In France Are Protesting Against A Longer State Of Emergency – Newsy”