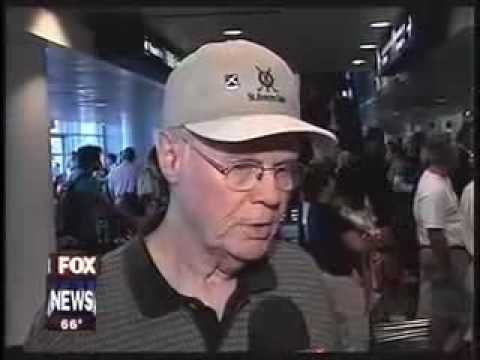 The terrible scenes in Brussels following a terrorist attack now claimed by Islamic State are a reminder of just how vulnerable airports can be.

In the years since the September 11 attacks in the US in 2001, a clear priority of western security agencies has been to protect airlines from bombings and hijackings. And, of course, this threat is real and has been persistent.

This attack in Belgium is something of a throwback to the pre-9/11 era. The fact that it occurred in the unsecured section of a major airport is significant and will raise difficult questions for the authorities.

There is a long history of unsecured parts of airports being the targets of political violence. In the 1970s and 1980s, there were numerous high-profile attacks involving guns at airports. In 1972, members of the Japanese Red Army killed 26 people at Lod Airport (now Ben Gurion Airport) in Tel Aviv. In December 1985, terrorists simultaneously attacked the Rome and Vienna airports, killing 19 people in the process and wounding more than 100 more.

And indeed, there have been such attacks more recently. There is resonance with the 2011 suicide attack at Moscow’s airport in which 37 people were killed by a bomber while waiting for those arriving on flights. And with the 2008 Glasgow Airport attack in which two men crashed a car containing a petrol bomb into an airport building – although no one other than one of the attackers died.

And in 2013, Paul Ciancia walked into Los Angeles International, one of the busiest airports in the world with a .223 calibre assault rifle. He approached the security screening section of the airport – the area designed to prevent terrorists from being able to take weapons on airplanes – and attacked the Transportation Security Administration agents working there. One agent was mortally wounded and three others, including two TSA agents, suffered wounds.

Ciancia’s attack was brought to an end when he was shot by TSA agents, but he survived and went to trial. A letter he carried with him on the day made it clear that he had intended to kill TSA agents and police in order to “instil fear in your traitorous minds.”

The horrendous damage done in Brussels Zavantem airport, and the number of people dead or injured, show just how vulnerable airports can be to terrorism. The primary focus of airport security, particularly since the attacks of 9-11, is preventing terrorists from being able to board aeroplanes. But airports, especially their unsecured areas, represent “soft targets”.

This is a clear problem from a security perspective, particularly in democratic societies, as airports along with rail systems and underground/subway networks, including of the type attacked in Brussels are premised on the rapid movement of large numbers of people, particularly during rush hours. In a single day, for instance, an estimated 4.3m people use the New York Subway system. It is simply not feasible to bring in mandatory security checks for all riders. The system would grind to a halt.

After the Glasgow Airport attack, the UK restricted access to airports to people with vehicles. Passengers now have to be dropped a safe distance from the terminals. But the attack in Brussels shows that the vulnerability remains.

Some airports, such as the one in Beirut, require security screening before passengers can even go to check-in desks. Is that a feasible solution for major airports such as Heathrow whereby passengers and others are screened before they are even allowed to enter buildings? How far will a security corridor have to be extended and what happens when the new security barrier is attacked?

A more likely and realistic response is increasing security presence around airports with a greater number of random checks. There is no foolproof solution to this security issue, though, and that’s something governments are going to have to admit. Terrorists have the ability radically disrupt transportation systems, potentially causing loss of life and economic damage in the process, and there is little that can be done to stop them.

For some time, terrorists pursued the much more difficult task of attacking aircraft while largely ignoring easier targets. The attack in Brussels shows the reality of renewed efforts against “soft targets” with the potential to bring about chaos to transportation systems.

Steve Hewitt, Senior Lecturer in the Department of History , University of Birmingham