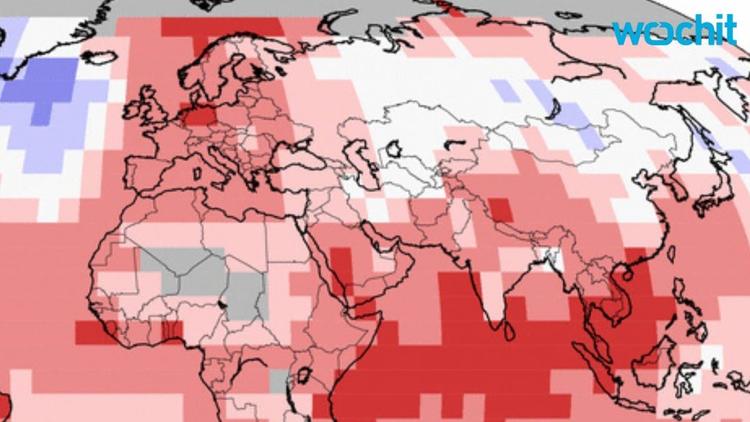 And another one bites the dust. The year 2014 was the warmest ever recorded by humans. Then 2015 was warmer still. January 2016 broke the record for the largest monthly temperature anomaly. Then came last month.

February didn’t break climate change records – it obliterated them. Regions of the Arctic were were more than 16℃ warmer than normal – whatever constitutes normal now. But what is really making people stand up and notice is that the surface of the Earth north of the equator was 2℃ warmer than pre-industrial temperatures. This was meant to be a line that must not be crossed.

Two degrees was broadly interpreted as the temperature that could produce further, potentially runaway warming. You can think of it as a speed limit on our climate impact. But it’s not a target speed. If you are driving a car carrying a heavy load down a steep hill you’re often advised to change down from top gear and keep your speed low, as if you go too fast your brakes will fail and you will be unable to stop. Less braking means more speed which means less braking – a dangerous runaway feedback loop. Hopefully the hill flattens out and you have enough straight road ahead to recover. If you don’t then you will be stopping much more abruptly.

We are currently swamping the Earth’s ability to absorb greenhouse gases. 2015 saw the largest annual increase in carbon dioxide since records began – far higher than the Earth has experienced for hundreds of thousands of years.

Unfortunately, there seem to be other, much more powerful ones lurking in the event of further warming. Tipping points such as the thaw of permafrost and release of the very powerful greenhouse gas methane in large quantities would drive world temperatures well beyond the 2℃ threshold.

Even if we came to our collective senses and rapidly reduced carbon emissions at that point, we would still have to revert to drastic geoengineering to rein in further warming. There is no guarantee that such climate brakes will work. If they fail, our civilisation would be on a collision course with a much hotter planet.

The safe–unsafe threshold of 2℃ recognises the significant amount of uncertainty there is over where dangerous warming really begins. It could be at more than 2℃. Hopefully it is. But it’s not impossible that it is less. We need to bear in mind that it was only the northern hemisphere that crossed the 2℃ line. Also, we need to factor in the monster El Niño that is having an effect on temperatures across the globe. In 2014, I predicted that 2015 would break record temperatures. This is not due to any psychic powers on my part, but the then very clear El Niño signal that was emerging.

So while temperature records may continue to be set for the rest of 2016, by the end of this year the situation should have cooled somewhat. Right? At times, it feels as if such statements are offered up as prayers in the hope that we are not in fact witnessing the beginning of abrupt and sustained climate change. But what’s even scarier is the political, economic and social reaction to these landmarks in climate change.

Have you heard any political speeches referring to these recent climate change records? Not one of the major Republican presidential candidates even “believes” in human-produced climate change, let alone that it is something to worry about.

How was the stock market this morning? It appears febrile enough to lurch from euphoric boom to catastrophic bust on the basis of bland statements from central bankers but proves remarkably deaf to evidence that the entire industrial and financial system is headed for disaster.

It would be churlish of me to deny people the pleasure of looking at pictures of a photograph of a cuddly dog adjusted in order to make it appear both cute and monstrous. But we appear disinterested, either through denial or desensitisation, to the environmental changes happening right in front of our eyes.

There are sure to be more climate records broken this year. But we treat them as we treat new fashions, phones or films. More novelty, newer features, more drama. We seem unable to understand that we are driving such changes. Record breaking changes that will ultimately break our civilisation, and so scatter all that we obsess and care about.

Wochit News: “Warmest Winter Weather Ever In The U.S?”