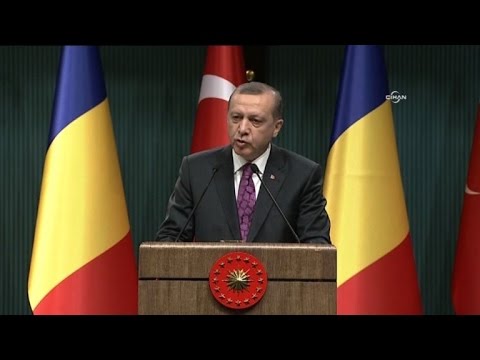 The paroxysms of hatred and bigotry spewed by the two GOP frontrunners in the 2016 presidential campaign probably do not need any pretext, since Trump and Cruz are clearly sadistic and unfair individuals. But the Brussels airport and metro attacks gave them another excuse to blame all Muslims for the actions of a tiny fringe.

Trump accused Muslims of not reporting terrorist activity to the government, and suggested that torture would be useful, and then wanted to put all mosques under surveillance, and again called for a Muslim exclusion act regarding Muslims coming to the US. Cruz appears to think that Muslim Americans live all together so that their ‘neighborhoods’ can be patrolled. But most Muslims in the US are not segregated in that way, living in amongst all other kinds of Americans. Most terrorism in the US is anyway by white nationalists and anti-abortion nuts.

Ripping up the Bill of Rights is an odd platform for “conservative” candidates. What is it that they want to conserve if not the Constitution? Arbitrary search and seizure of personal papers and effects, which is what they mean by surveillance, was the technique used by George III, against whom the American Revolution was fought to stop such abuses. Trump and Cruz want to go back to those George III techniques.

But in any case, it turns out that the central premise of this sort of hate speech toward Muslims is simply incorrect.

Turkey, a Muslim-majority state, arrested one of the Brussels attackers (Ibrahim El Bakraoui?) in summer of 2015, in Gaziantep not far from Syria. Turkey determined that the individual had links to terrorist groups and posed a danger. It then turned him back over to Europe with a warning that he was, in Ankara’s view, a very dangerous individual.

Turkey alleges that Belgium blithely declared that there was no evidence El Bakraoui was a radical and let him go. Just a guess, but if Turkey arrests you for going to Syria to fight alongside Daesh (ISIS, ISIL), I’d say that’s material support of terrorism and should put you away.

Moreover, it has come out that the brothers were a petty thiefs, burglars and carjackers, not pious men who showed up to mosque much.

So the hateful and unconstitutional methods of Trump and Cruz wouldn’t have done anything to identify the El Bakraoui brothers. And it turns our that Trump is dead wrong that Muslims did not finger the El Bakraouis. A Muslim government and Muslim police arrested one of them, sniffed out his terrorism, turned him over to European authorities, and explicitly warned them that he had been trying to join Daesh in Syria.

El Bakraoui was clearly depressed and filled with despair about his future, fearing a lifetime in jail for his Daesh associations. But if he had just been investigated, tried and incarcerated, he could not have lashed out against innocents in this way.

So we can conclude that a few Muslims are petty criminals and attracted to Daesh, and that other Muslims can sometimes recognize the syndrome quite clearly, and it is the European authorities who had difficulty acting on the intelligence coup they were handed by Muslim Turkey.

The story underlines how only better cooperation between Muslim countries and NATO can hope to defeat Daesh. Trump & Cruz are seeking worse cooperation, which will make our world more dangerous.