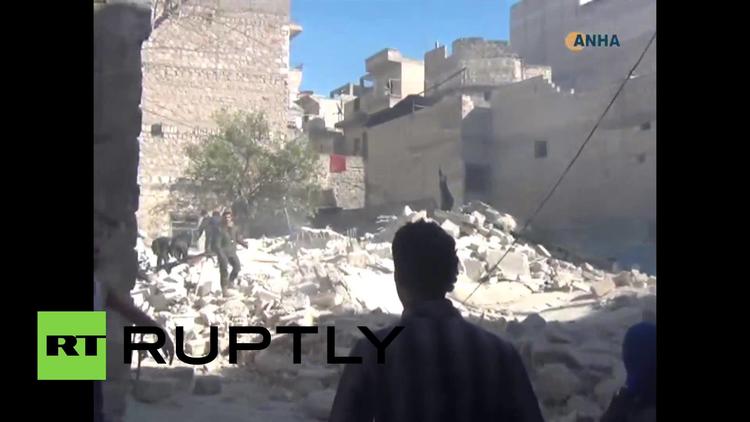 “In the beginning, when I went [to Syria], everybody was greeting us. But later, they were looking at us differently. They were scared of us,” Arben tells RFE/RL correspondent Luljeta Krasniqi Veseli.”

Ideals give way to disillusionment easily in Syria, where foreign militants who go with ideals of helping the Syrian population often find themselves embroiled in battles between rival groups for plunder and territory instead.

Arben has seen that firsthand.

The 27-year-old Kosovar Albanian, who spent 10 months in Syria before returning home, also says he saw goodwill turn to hostility among civilians caught up in the conflict zone as abuses mounted and noncombatants increasingly feared the ranks of foreign-born militants like him.

Speaking recently to RFE/RL’s Balkan Service, the grandson of a Kosovar imam says videos from the conflict persuaded him to go to Syria in May 2013.

But he says that he soon found his idealism about combating the regime of Syrian President Bashar al-Assad collapsing amid turf wars between powerful rival commanders.

“Each of them wanted to have his own territory,” he says. “Children and women were not spared. No one was safe.”

Arben, not his real name, will not divulge exactly where he was located in Syria or with which group. He says only that he was near Aleppo. The city, Syria’s second largest, has been the focus of fierce fighting between regime troops and a loose coalition of rebel groups that includes units from the secular Free Syrian Army, the Al-Qaida-affiliated Al-Nusra Front, and the fundamentalist militant group that has claimed to set up a caliphate in Syria and Iraq, Islamic State (IS).

Arben says the hard-line Islamist Al-Nusra Front and IS were among the most brutal of the groups toward civilians.

“Al-Nusra would take the wives of those they had fought against” once they seized an area, he says. “They also robbed the houses.”

He says such abuses sickened him. At the same time, he notes, they frightened civilians to the point that no one trusted any foreign volunteers, including himself.

“In the beginning, when I went [to Syria], everybody was greeting us,” he recalls. “But later, they were looking at us differently. They were scared of us.”

Back in Kosovo since the middle of 2015, Arben is one of an unknown number of his countrymen who have traveled to Syria to take part in its civil war. Newspapers in Kosovo estimate the number of those who have gone in the hundreds, with most recruits attracted to the conflict after turning to radical Islam.

INFOGRAPHIC: Foreign Fighters In Iraq & Syria — Where Do They Come From? (click to expand)

Arben’s path was different. He says he became interested in Syria due to his own experiences during the Kosovo conflict of 1998-99. During the conflict, the forces of the then-president of the Federal Republic of Yugoslavia, Slobodan Milosevic, drove hundreds of thousands of ethnic Albanians from Kosovo as Belgrade sought to quash a separatist rebellion.

“I experienced the war as a child in Kosovo and terror offensives as well, so I wanted to offer humanitarian help to the small children and families [in Syria],” he told RFE/RL’s Balkan Service.

Religion, he says, was not his foremost concern. At the time, he says, he attended his local mosque for prayers but not on a regular basis because was busy working in an Internet cafe.

When he first arrived in Syria after being smuggled across the Turkish border, he was pleased. He was initially assigned by the group he joined to activities like “fixing refugee camps, schools, and [doing] clean-up,” and felt he was helping the Syrian people.

“But after that we started to train every morning,” he says. “We were prepared to give humanitarian aid and military aid. We were trained to use AK-47s, and I attended the training but I did not participate in combat.”

He says that he was not sent to the front line because he was “still new and inexperienced.” But there was fierce fighting in the area around him, including suicide bombings in schools and mosques. He says the bombings were to terrify local populations into submission as rival warlords’ expanded their power.

Arben says he counts himself lucky to have gotten out after 10 months. But to leave, he first had to overcome the suspicions of his group that he was deserting them. He says he lied to his superiors that his parents were sick and begged to be allowed to return home to care for them.

Since returning to Kosovo, Arben says he has broken off all contact with his group in Syria.

Asked if he would go again, he shakes his head.

“Never. I regret I was there,” he says. “Since I came back, I don’t want to hear anything about Syria and I never look at those videos anymore.”

He adds, “I am surprised that there are people interested in [joining] this fight, even women. It has nothing to do with Islam.”

Written in Prague by RFE/RL correspondent Charles Recknagel based on an interview by Luljeta Krasniqi Veseli, an RFE/RL Balkan Service correspondent in Kosovo.