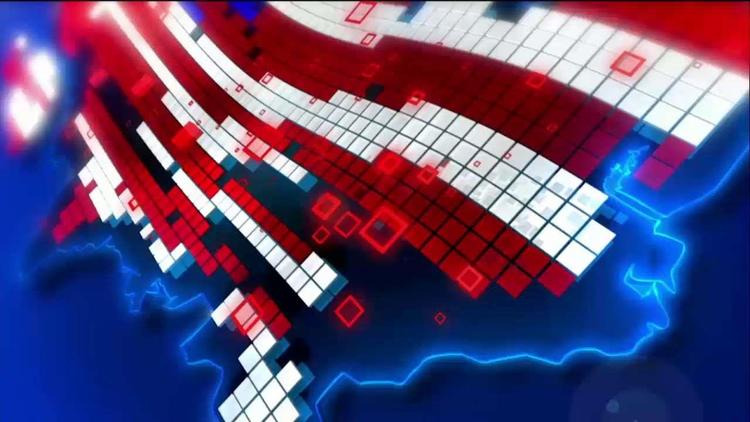 At yet another GOP debate, there was a foreign policy section, which Fox News predictably put under the heading of “terrorism.”

Rubio went on about Daesh:

“So they need to be targeted wherever they have an operating space. They do need to be defeated on the ground by a ground force made up primarily of Sunni Arabs themselves. This is a radical Sunni movement. They can only be defeated if they are driven out and the territory is held by Sunni Arabs. But it will require a specific number of American special operators, in combination with an increase in air strikes. And that will include, if necessary, operating spaces in Libya, which, in fact, they are using to project into the Sinai against Egypt and ultimately into Europe, as well.

So Rubio wants US ground troops wherever there is a Daesh cell– now he is adding Libya and Egypt’s Sinai Peninsula. That’s 4 wars he is pledging. There will be US casualties in these wars.

Rubio’s notion of a Sunni alliance against Daesh shows ignorance of the region. No Sunni state sees Daesh or ISIL as the primary threat, the way Washington does. Turkey obsesses about the Kurds. Saudi Arabia is focused on Iran and Shiites. The most effective fighters against Daesh so far have been Shiites and leftist or secular Kurds.

Rubio can’t admit he needs the Shiites, including Iran, because his backers forbid him to make nice with Iran.

Then Baier turned to Kasich:

I will say, look, let me tell you what happened with Libya. And I pointed out in the last debate — Hillary Clinton worked aggressively to depose Moammar Gadhafi. We had no business doing it. He was working with us. He was cooperating with us. He denuclearized. And now they pushed him out, and now we have a fertile ground for ISIS.

So the “moderate” GOP candidate supports a dreadful dictatorship guilty of massacring its opposition and of planning to commit genocide in Benghazi. That the Middle East was more stable under murderous dictators is also a Trump theme. If they were so stable, why did their people rise up and overthrow them? (It wasn’t NATO that fought off Gaddafi’s tanks in Misrata, it was the people of Misrata).

Then, having castigated Sec. Clinton for involving herself in Libya, Kasich urged a multinational invasion of that country in which we, the US, “have to be there on the ground in significant numbers. We do have to include our Muslim Arab friends to work with us on that. And we have to be in the air.” His model for this new ground war in North Africa is the Gulf War, when George H. W. Bush sent hundreds of thousands of US troops into Kuwait along with hundreds of thousands of allied troops. That war was a major one, in which there were larger tank battles than any time since the end WW II.

I don’t understand Kasich’s plan. If Hillary was wrong to get involved in Libya, why is Kasich right to? And, is he really proposing a war on Libya on the scale of the Gulf War? Doesn’t that lead to a quagmire?

Mr. Baier then asked Trump what would happen if the US military refused to obey his ilegal orders to murder the innocent women and children of terrorists.

“TRUMP: They won’t refuse. They’re not going to refuse me. Believe me.

TRUMP: Well, look, you know, when a family flies into the World Trade Center, a man flies into the World Trade Center, and his family gets sent back to where they were going — and I think most of you know where they went — and, by the way, it wasn’t Iraq — but they went back to a certain territory, they knew what was happening. The wife knew exactly what was happening.

TRUMP: I have no problem with it.

Trump is hinting that the families of the 9/11 hijackers were Saudi and that they had been vacationing in the country their men were about to attack, but then abruptly returned to Saudi Arabia. But none of the family members of the hijackers were in fact in the US. The Bush administration more or less evacuated prominent Saudi families for fear of popular reprisals against them. It isn’t plausible that these Saudis knew that the 9/11 attacks were coming (they could have vacationed elsewhere) or that Saudi mainstream people were involved (they have big investments in the US stock market, and took a bath after the attacks).

But to be clear, Trump appears to believe that the US should have tortured and killed those Saudi vacationers, in reprisal for Daesh, which did not exist in 2001.

CRUZ: … As president, I will do the exact same thing with radical Islamic terrorism. We will rebuild this military so that it remains the mightiest fighting force on the face of the planet. And then, when I am commander-in-chief, every militant on the face of the Earth will understand that if they go and join ISIS, if they wage jihad against the United States of America, they are signing their death warrant.

The US already has by far the best military in the world, and there are only 25,000 or so Daesh fighters. Cruz’s power fantasies can’t change the fact that conventional armies face obstacles in fighting small groups of guerrillas on unfamiliar terrain. Bankrupting us all by increasing an already bloated Pentagon budget is not going to change that.

Finally, Kasich took a swipe at Cruz saying he’d rebuild the US military the way Reagan had.

And I’ll leave it right there with what comes after that. You can figure that one out.

I don’t understand why they keep talking about the 1980s when the Soviet Union still existed. The US now has no peer conventional power. Why would you bankrupt the country with military spending when the US is the sole hyperpower? That there are small fringe terrorist threats has nothing to do with Department of Defense spending. Terrorism is a different kind of challenge, and you can’t defeat it with an F-35.

I count 4 wars they are promising us, with US troops on the ground in each. They have some imaginary Sunni military coalition in mind, which doesn’t exist and won’t. And, Trump promised more torture and murder of innocents and no one else on the stage even demurred, except for Mr. Baier (who won’t be making those decisions).

Oh, and yes. Donald Trump replied to Marco Rubio’s allegation that Trump has small hands and a small dick. Trump assures us that both are yuuuje.

That discussion took up as much time as foreign policy.