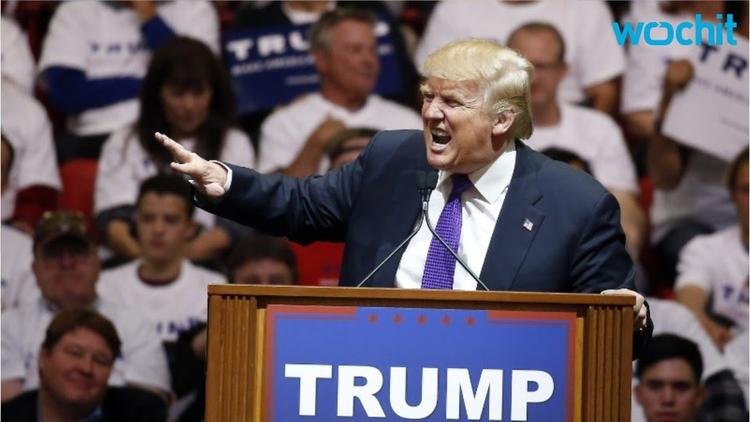 Despite Donald Trump’s big wins on Tuesday, he is still only halfway to the delegate count he needs to win the GOP presidential nomination outright, and his remaining rivals of Kasich and Cruz could siphon off enough delegates to deny him that clear victory. It seems clear that if the Republican convention goes to a second vote, the GOP establishment will attempt to dump Trump. But it is also possible that he will show up in Cleveland in mid-July with the 1237 needed to triumph.

Hillary Clinton’s victories were not as decisive as Trump’s, since the Democratic primaries were not held on a winner-take-all basis, but it has to be admitted that it was not a good night for Bernie Sanders. Still nothing can yet be ruled in or out as future contests shift to blue states where he has so far had an advantage.

But if Tuesday’s winners squared off, what would it mean for US policy toward Iran and ISIL in the Middle East?

Donald Trump denounces President Obama’s and the UNSC’s deal on Iran’s civilian nuclear enrichment program as the worst deal in American foreign policy history. Unlike his rival Ted Cruz, he doesn’t threaten to tear it up on day one of his presidency, but he does say he will insist on renegotiating it. It is not clear that Trump understands that the Joint Comprehensive Plan of Action was a global deal, involving 5 other powerful nations (the permanent UNSC members plus Germany, representing the European Union). Of if he understands that Iran was brought to the table by UN sanctions as well as US ones. A president Trump could renege on the JCPOA, but he’d never get France, China and Russia to cooperate in reimposing sanctions on Iran, where there is a lot of money to be made. All he could do is slap stringent US sanctions back on Tehran, which would have the effect of preventing US companies from joining in the Iran bonanza, putting them at a disadvantage with regard to their European and Asian competitors– which is against everything Trumpism stands for. Trump complains that the deal “gives” Iran $150 bn. Actually, it releases to Iran some of Iran’s own money, which the US sequestered as part of sanctions. The sum is probably only $50 bn., and given the fall in oil prices, Iran will need it just to run its economy.

Trump has warned about Iran dominating the whole Middle East, saying that they are going into Yemen and want Syria and have Iraq. He doesn’t say what he would do about all this Iranian domination (most of which is only imagined or is rather less impressive than he makes it out to be). At other times, he seemed to endorse the Putin plan for Syria, which involves restoring Bashar al-Assad’s regime to power. As for other Iranian allies like Hizbullah, Trump didn’t seem sure of who they were.

In a recent debate, Trump called for 30,000 US ground troops in Iraq and Syria to fight Daesh (ISIS, ISIL). He and the other GOP candidates seem to have no understanding that Iran is a key ally in defeating Daesh. In addition to sending in over a division worth of US troops against Daesh/ ISIL, Trump has also called for the US to “take their oil” (i.e. the small fields or refineries in Daesh control), and to kill their women and children, and to waterboard and otherwise torture Daesh fighters. He seeks changes in the law to legalize torture beyond waterboarding.

Hillary Clinton is a hawk against Iran and once threatened to nuke it. Although she now says she supports the Iran nuclear deal, she rejects the idea that it is a basis for a diplomatic opening with the Iranian government.

Going forward, she wants to put Iran in a corner by giving nuclear-armed Israel an even more massive arms package and using increased numbers of US troops in Iraq to cut Iranian overland supply lines to Hizbullah in Syria and Lebanon. She also wants to work hand in hand with Saudi Arabia against the Zaidis of Yemen, which she incorrectly sees as Iranian proxies. Saudi Arabia has been indiscriminately bombing Yemen and yesterday killed dozens of civilians at a market. Clinton also wants to overthrow the government of Bashar al-Assad in Syria and it is not clear if she would support the current ceasefire– she might want to start the civil war back up with backing for the hard line Salafi armed rebels, most of whom are de facto if not formally allied with al-Qaeda in Syria. She has urged a US-inforced no-fly zone in Syria, even recently, though that plan makes no military sense given that Russia’s air force and anti-aircraft batteries now dominate western Syria.

Although Clinton has ruled out sending “tens of thousands” of US troops back into Iraq, the invasion of which she supported in the first place, she does want to greatly increase the number of US war-fighting forces to defeat Daesh. She also urges targeting Daesh’s oil infrastructure and its leaders. Clinton opposes waterboarding and the use of torture and has called for stronger anti-torture legislation.

Aside from Trump’s determination to renegotiate the JCPOA on what he thinks are better terms for the US (he doesn’t say exactly how he thinks the deal disadvantages Washington), his over-all view of a danger of Iranian geopolitical dominance in the Middle East seems indistinguishable from Clinton’s.

A main difference between the two is that Trump seems sanguine about Russia’s intervention in Syria and the prospect that it might prop up the al-Assad regime. Clinton distanced herself last October from President Obama’s acquiescence in a direct Russian role in Syria and urged that Putin be confronted about it. More recently she has allowed as how Russia should have a place at the negotiating table.

With regard to fighting Daesh, both want to great increase US troop presence in Iraq, though Trump’s recently proposed numbers dwarf those of Clinton. Clinton agrees with Trump that Daesh’s oil fields and refineries should be targeted, though she doesn’t talk about the US grabbing them for itself. She also agrees with him about targeting Daesh leaders personally, though she hasn’t suggested torturing them or deliberately murdering their children and wives.

The policies of these two and their world views on these two foreign policy challenges appear to me to differ only at the margins, not as a matter of principle on most matters with the exception of torture and deliberate killing of innocents.