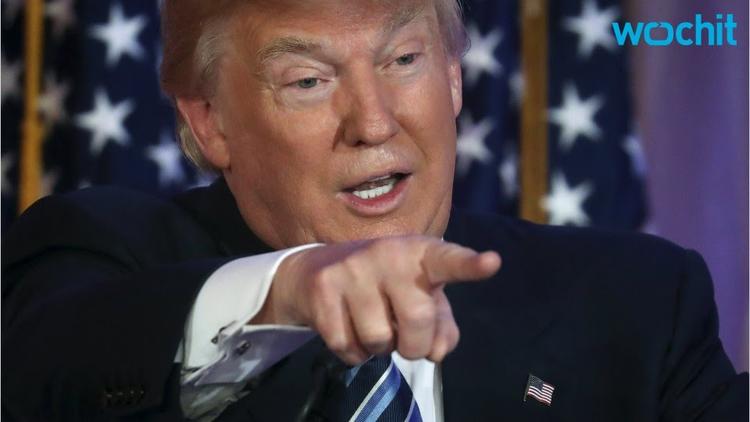 The back and forth began over the rally that gathered more than 10,000 protesters in Chicago forcing Trump to cancel his electoral event.

R&B singer John Legend, who regularly speaks out on mass incarceration and police brutality, defended the Chicago protesters that shut down Donald Trump’s rally after Donald Jr. complained about oversensitivity. He went on to call them both racists.

Ha 5 students when asked why they were protesting couldn’t even answer. The participation medal/micro aggression generation is pretty sad!

.@DonaldJTrumpJr I think they were protesting your racist father. This isn’t complicated.

Here we go again. That can’t be the answer for everything you don’t like. That’s why the country is so divided now! https://t.co/BFh3XNsl7F

On Friday, over 10,000 anti-Trump protesters successfully shut down a Trump rally in Chicago. A diverse crowd started gathering early to protest Trump’s appearance.

"Mr. Trump just arrived in Chicago and after meeting with law enforcement has determined that for the safety of all of the tens of thousands of people that have gathered in and around the arena, tonight’s rally will be postponed to another date," the Trump campaign said in a statement.

Local sources reported clashes between Trump’s supporters and opponents inside the building where the meeting was due, but also outside, when the police forced Trump supporters to exit the building.

Protests continued into the night.

Thousands protest in Chicago chant "No Trump No KKK No Fascist USA" Trump cancels rally "due to mass of protesters." pic.twitter.com/lYz72oPjLj

Earlier on Friday, the police had to escort a bloodied Black man out of a Trump rally in St. Louis, Missouri. Other violent incidents at the event were also reported on social media and local media . . .

The Republican candidate has been increasingly criticized for inciting violence among his supporters.

During the Republican debate the night before, he justified such violence, responding to CNN anchor: "I certainly do not condone that. When (rally attendees) see what’s going on in this country, they have anger … They love this country. We have some protesters who are bad dudes, they’ve done bad things."

Because of fears the rally could turn violent, over 200 university staffers launched a petition online demanding Trump rally be cancelled.

“Donald Trump is running on a platform of hate and dangerous intolerance. It has no place in Chicago but especially not at an institution of higher learning,” said the petition.

"In many instances Trump rallies have led to students, youth, and people of color being violently attacked by attendees,” the petition added.