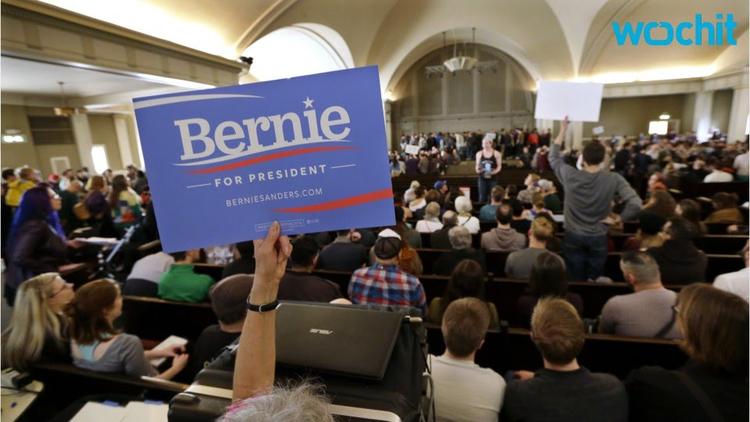 “I think it is hard for anybody to deny that our campaign has the momentum,” Sanders told supporters.

Bernie Sanders won all three caucuses held Saturday in the states of Washington, Alaska and Hawaii, beating Hillary Clinton by 40 or more points in each contest.

Sanders picked up 117 delegates from his wins in Washington and Alaska. He also picked up 17 delegates in Hawaii, where he won by his smallest margin of the night: 39.8 points.

Results were better than expected for the social democrat.

“We knew from day one that we were going to have a hard time in the conservative South, but we knew things were going to improve the more we went West,” Sanders said at a rally in Madison, Wisconsin.

“We’ve been told for a long time that young people were apathetic, well this is not what we are seeing, we are seeing that the young people want to make the U.S. a better country,” said Sanders. “They want an economy that works for all of us, not just wealthy campaign contributors.”

He went on to thank his supporters and commented, “We have over US$6 million in campaign contributions and our average contribution is US$27.”

Washington was by far the biggest win of the sweep, with 101 delegates at stake.

The victories give Sanders momentum heading into a crucial test with major primaries next month in New Jersey, Pennsylvania, and New York. Bloomberg Politics released a national poll that found Sanders is the first choice of 49 percent of those who have voted or plan to vote in this year’s Democratic contests, while Hillary Clinton is preferred by 48 percent.

A self-described socialist, Sanders has managed to amplify the voices of millions shafted by a rigged economy and lifted expectations, especially among youth.

Unlike his rival Clinton, he has shown an open opposition to neoliberal policies and has pushed the Democratic party debate to the left.