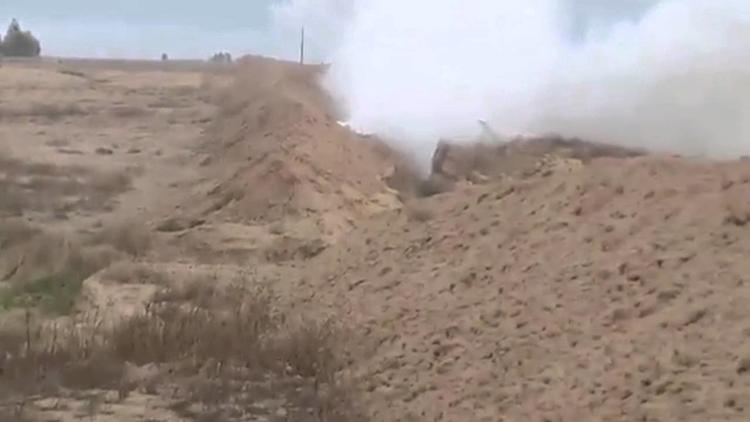 An increase in air strikes on Mosul is causing more civilian casualties. Ordinary people live in fear, the Islamic State uses deaths for propaganda and Iraqi authorities say nothing.

Since June 2014 the northern metropolis, formerly home to an estimated 2 million people, has been under the control of the extremist group known as the Islamic State. While some of the local population support the Islamic State, or IS, group, many others do not. And these people are caught in between the IS group’s draconian rules and punishments for breaking them, air bombardment by the international coalition and the possibility of fighting breaking out should the Iraqi military decide to begin their campaign to liberate the city.

That latter possibility appears to be increasingly likely as the number of air strikes on the city seem to be ramping up. Unfortunately though, because some of the airstrikes are killing civilians, that increase also seems to be benefitting the IS group’s propaganda machine.

Mosul resident: There were civilian deaths. I was personally able to identify six people among the dead and wounded.
“There are no specific times when the airstrikes start,” says Ahmad*, the eldest son of the al-Haj Sheet family, who used to live in the northern Majmouah-Thaqafiyah neighbourhood of Mosul. “It is common to see people running down the street all of a sudden, at any time of day. I saw them last week. And then I found myself in the middle of screaming mothers and children running down the street too, almost by instinct, after a rocket hit our area and several other blocks around us.”

It is well known in Mosul that the IS group locate their offices in residential areas on purpose – it serves both to hide their fighters and members and to ensure damage to civilian targets.

The airstrikes that got Ahmad running were targeting buildings that were part of Mosul University, he says. The buildings are only separated from his block by a 20 meter long street. “So there were big losses and civilian deaths,” the 34-year-old told NIQASH. “I was personally able to identify six people among the dead and wounded.”

His family has since moved away to another house in a different part of the city.

Some Iraqis have also started a Facebook campaign to draw attention to the increasing number of civilian deaths in Mosul, posting pictures of the dead and wounded. The makers of the Facebook page have blamed just about everyone for the deaths: The international coalition, the IS group and even the Iraqi government and provincial authorities, who they accuse of ignoring civilian casualties.

One of the Facebook page producers, Bilal Saad, posted a picture of a friend of his from Majmouah, who died. Saad was happy to use his real name because, as he explained, he managed to get out of Mosul six months ago with the help of people smugglers and was now in Istanbul. “If I hadn’t gone, I could have been a victim of these air strikes,” he concluded. “I used to work in the area, very close to where the bombs fell. My advice to those who are still in Mosul: Leave now, before it is too late,” Saad said.

Meanwhile the IS group has also taken advantage of these air strikes. Through its news agency, the organization published pictures and video of the bombing and then also of the dead and injured civilians. The material was re-published by Iraqi news media. What the IS group didn’t do though, was reveal how many of its own fighters had been killed in the raids.

The international coalition started bombing runs against the IS group in Iraq, in August of 2014. Since the beginning of 2016, the coalition jets have bombed an estimated 10 different locations in Mosul, including residential areas. Locals say the deadliest raid took place mid-February in Mosul’s Yabisat neighbourhood.

Local man, Saadi Manawi, says that a rocket landed on one of the large warehouses in the area that was actually being used by displaced people. The target was a factory near there that had been being used by the IS group to put explosives in vehicles. But the rocket missed the target.

“Twenty one people were killed,” Manawi told NIQASH, “including 13 children. They were all buried in one big grave. Babies were laid to rest in their mother’s arms,” says the Iraqi man, who lost relatives in the raid.

Mosul locals have criticized both federal and provincial authorities for their complicity in the air strikes; nobody seems prepared to speak out against the international coalition, they complain.

The government in Baghdad has said nothing about the civilian deaths. When contacted for a statement by NIQASH, the office of Nofal Hammadi al-Akoub, the recently appointed governor of Ninawa province, responded with this statement: “The governor has contacted the US and informed them of civilian deaths and casualties. He has asked them to be more accurate”.

So all the people of Mosul can do is wait and worry. “Even when the air strikes stop, we always hear news of operations on the ground,” says Ahmad of the al-Haj Sheet family. “There are so many questions we cannot answer. Where can we go? Will the IS fighters allow us to leave? Will the Mosul dam collapse and flood us? Will there be a blockade where we may starve? What forces will fight in Mosul? And will they treat us as enemies or friends?”

For the time being, nobody in Mosul has the answers. So the al-Haj Sheet family have made one decision, perhaps the only one they can. Although they’ve moved house to escape the air strikes near the university, they have simply decided not to unpack.