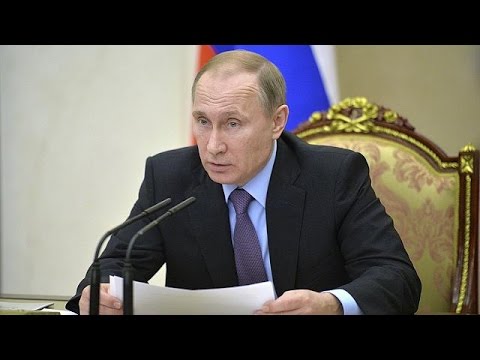 al-Hayat [Life], the London pan-Arab daily, reports on the announcement Monday by Russian President Vladimir Putin that he would begin withdrawing the greater part of Russian men and equipment from Syria.

Al-Hayat is careful to note that Putin says that the Russian naval base at Tartus and the new Russian air base nearby will continue to be in play, and that Putin did not announce a complete withdrawal. It appears to me that Russia will still be in a position to intervene strategically against any rebel group that makes sudden progress against regime forces. It will also continue to provision the Syrian Arab Army with powerful munitions.

At the same time, Reports emerged in Beirut that hundreds of Hizbullah fighters are also withdrawing from Syria, returning to the Dahiya district of east Beirut.

Apparently Putin feels that he has accomplished his main goal in Syria, which was to shore up the Syrian government and prevent it from falling to the rebels. The key Latakia province in the northwest has been cleared of al-Qaeda and other rebel groups, ensuring that the southern capital, Damascus, can be provisioned. The rebels have been pushed back from Hama and Homs.

Another of the Russian goals was to weaken al-Qaeda (the Support Front or Jabhat al-Nusra), which had attracted Russian Muslim fighters from the Caucasus.

To go further with intensive Russian air strikes would risk quagmire, since a guerrilla movement cannot be defeated from the air, even if it can be hurt.

You have to wonder, since Putin called Obama, whether he has not secured from the US a pledge to cease sending TOW anti-tank munitions and other deadly weapons to the rebels, in return for standing down.

The Syrian Arab Army of Bashar al-Assad was on the verge of taking west Aleppo when the UN cessation of hostilities was implemented. That move would have resulted in a horrible slaughter and reprisals by the regime against the people of those quarters. Likewise, before the Russian intervention the possibility of an al-Qaeda conquest and massacre of the Alawites of Latakia loomed large.

So, Putin seems to have frozen the current positions. This step may be intended to put pressure on al-Assad and on the rebels as well.

The great powers appear to think that a new, Federal Syria could emerge if provincial lines are redrawn in accordance with the current positions. Alarabiya reports there there could be a Sunni province in Deir al-Zor and al-Raqqa, a Kurdish one in the north, and a cosmopolitan Alawi/ Christian/ Druze/ secular Sunni one in the west running from Damascus up to Latakia. (Alarabiya doesn’t think there are enough Alawis to hold that one together).

Russia has all along had modest ambitions in Syria and has been seeking a way of preventing it from becoming a military quagmire for Moscow. Avoiding a quagmire has become even more urgent for Russia given the fall in the price of oil and the subsequent economic difficulties it faces.

The Russian intervention inflated the ego of Bashar al-Assad, who recently pledged to reestablish government control throughout Syria, much to Russia’s annoyance.

Yesterday’s announcement signals to al-Assad that he cannot act as a free rider on the Russian tab. Rather, the meeting of the sides in the war in Geneva on Monday would have to be taken more seriously by Damascus.

Russia wants al-Assad to begin the reconciliation process with a new constitution, while Syria had wanted to race to new elections as soon as April (an unrealistic step that would have excluded most rebels, according to the Alain Gresh piece linked above.

It remains to be seen whether the current ceasefire can hold. That eventuality would seem to be extremely important to Putin’s success. As President Obama found in Iraq, you can easily get drawn back in.