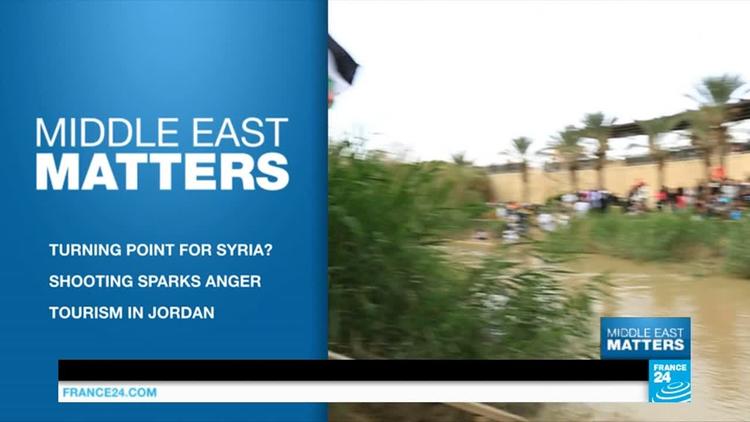 The Russian press had been complaining that the West was ignoring its defeat of terrorism in Syria.

But now the Russian press is saying that the US and the Russian Federation are jointly planning to liberate the Syrian city of al-Raqqa, the capital of the phony caliphate, from Daesh (ISIS, ISIL). BBC Monitoring translates from Interfax on March 30 the statement of Russian Deputy Foreign Minister Oleg Syromolotov,

“Washington is having an epiphany: not only should we exchange information so as not to shoot each other down, we also really have to coordinate our actions in the fight against terrorism,” he said.

“Regarding the liberation of Raqqa, I can only repeat what [Foreign Minister] Sergei Lavrov has already said on the issue – we were ready from the start to coordinate our actions in Syria with the Americans,” Syromolotov recalled. He added that Russia “is committed to constructive cooperation with its international and regional partners in resolving issues related to a settlement in Syria, both within the multipartite format of the International Syria Support Group and in bilateral contacts”. Source: Interfax news agency, Moscow, in Russian 1231 gmt 30 Mar 16

This statement suggests that Russia sees political advantages now in a campaign toward the east in which it gives close air support to the Syrian Arab Army and its militia allies like Hizbullah. Palmyra has already fallen, and al-Raqqa is only about 150 miles away, though admittedly it is a hard slog for infantry through an arid desert landscape. 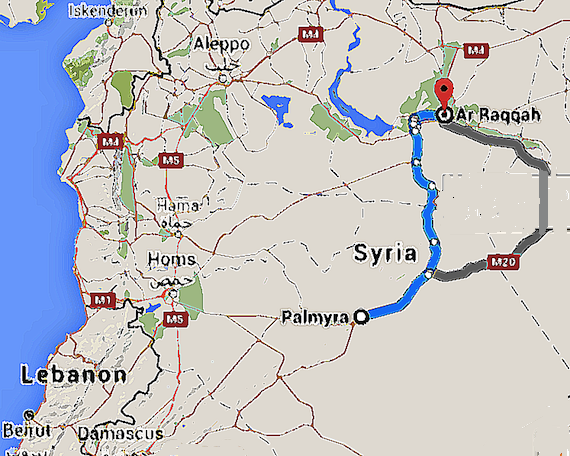 Leonid Isayev, of the Higher School of Economics Political Science Department wrote in Politcom.ru last week that Putin’s announcement of a drawdown of most Russian forces from Syria made perfect sense given Moscow’s stated desire not to get drawn completely into that country. He argues that Russia went in to Syria in large part to combat the 4,000 Chechens and other Russian citizens who had gone off to join Daesh. BBC Monitoring translates,

“It would be worth reminding you where it all began. And it all began with Russia suddenly being faced with the threat from “Islamic State,” or to be more precise from our fellow citizens and the citizens of CIS countries, numbering about 4,000, who had decided to link their lives to ISIL. And so the official aim of our operation in Syria at its initial stage was certainly not help for Al-Assad and not the desire to force the ungrateful West to take account of us, but the defence of our motherland’s southern borders – Russia promised to issue a challenge to world terrorism far from its own borders.

He points to the difficulty Russia faced if it took on al-Qaeda in Syria (the Nusra Front) directly (BBC Monitoring):

A simple example. The “Al-Nusrah Front” is an organization recognized as terrorist by Russia, an organization which according to all the logic of things should be fought right up to its complete annihilation. But in that case we must also fight its immediate “sponsor,” Saudi Arabia, which refuses to recognize its creature as terrorist.

“And so there is nothing surprising in the fact that our military campaign in Syria has ended before Al-Raqqah, the [so-called] “Islamic State” capital, has fallen. According to Vladimir Putin, the Russian Armed Forces’ actions were able to “lay the foundation to the process of a political settlement of the conflict” and so “the tasks set for them have as a whole been accomplished . . .” [Isaeyev later adds . . . “Finally, we have succeeded in setting up a channel for collaboration with the United States, which was clearly the main behind-the-scenes aim of our entire Syrian campaign.”] Source: Politcom.ru website, Moscow, in Russian 0000 gmt 21 Mar 16

One suggestion that has been made for a settlement of the war is to create federal provinces in Syria, i.e. move to more decentralization. The Syrian Kurds have already announced their federal province of Rojava. But Syrian strongman Bashar al-Assad is rejecting any move away from tight central control. BBC Monitoring translated a broadcast at RIA Novosti (MIA Rossiya Segodnya), Moscow, in Russian 1152 gmt 30 Mar 16, which quoted al-Assad as saying,

“From the point of view of geography, Syria is a very small country to have federalization. It is possibly smaller than most of Russia’s republics. From the point of view of sociology, federalization requires the presence of elements of society which, possibly, could not live with each other. This has not been the case in the history of Syria, and this is the main principle. I don’t think that Syria is ready for federalization and there are no natural factors for this to be possible,” Assad said in an interview with Russian state news agency RIA Novosti on 30 April.”

Thus, I suggested that one of the motives for the conquest of Daesh territory– Palmyra and ultimately al-Raqqa– might well be to forestall US-led moves toward a weak federal government with strong provinces, some of them dominated by right wing fundamentalist Muslim forces oriented toward Saudi Arabia and Turkey.

France 24: “Syria: What does the recapture of Palmyra mean for Assad?”