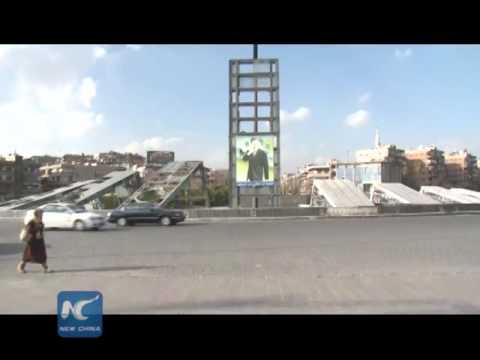 Despite the Russian announcement of a determination to withdraw the bulk of its air force from Syria, Moscow has underlined that some planes would remain and would continue to fly missions against groups the Russian Federation considers terrorists,including al-Qaeda (Jabhat al-Nusra) and Daesh (ISIL, ISIS). Thus, on Saturday the Russian air force flew 70 missions against Daesh positions in the historic city of Palmyra (called Tadmor in Arabic).

It is not clear how many deaths these air raids produced. The Syrian Arab Army and Hizbullah, the Lebanese party-militia that fights alongside the SAA, have made advances in the past two weeks into the hills above Palmyra.

When Daesh was strong in the Palmyra area (they took the city last May), they used it as a base for expeditions that attempted to cut the road between Damascus and Hama. That threat appears to have impelled the regime of Bashar al-Assad to strive to retake the ancient city. With regime troops and their allies now within striking distance of the city itself, the Russians are softening up the minions of the phony caliphate from the air.

At the same time, apparently in a bid to forestall reinforcements from being sent from al-Raqqa, the Daesh capital, either Russian or regime planes flew dozens of missions against al-Raqqa. The strikes left at least 39 dead, with some sites reporting deaths among women and children. The Iranian al-Alam news site maintained that high Daesh officials were killed in the bombings, including the chief judge of al-Raqqa and the city’s governor.

Al-Alam also maintains that dozens of Daesh fighters have abandoned Palmyra and are attempting to get to al-Raqqa.

Daesh is now caught in a powerful pincer movement. The YPD Kurds are moving on it from both the west and from the north. Now the regime is moving against it from the southwest.

The Syrian regime had for a long time declined to fight Daesh because Baath commanders were sure that they weren’t lethal to Damascus itself. Some argue that the regime wanted to defeat the Free Syria Army while allowing Daesh to grow, so as to present the West with a choice of backing al-Assad or of coddling Daesh. Given how beastly Daesh is, it was a sure bet that the US would take any side against it, including that of the regime.

If such a strategy once existed, it appears to be being abandoned, as the regime marches northeast to Daesh strongholds.

During the current ceasefire, the Russians and the al-Assad regime are not able to hit the remnants of the Free Syrian Army and anger the US They are therefore concentrating on Daesh, as well as on al-Qaeda, which regime planes bombed in the Ghouta region near Damascus on Saturday.