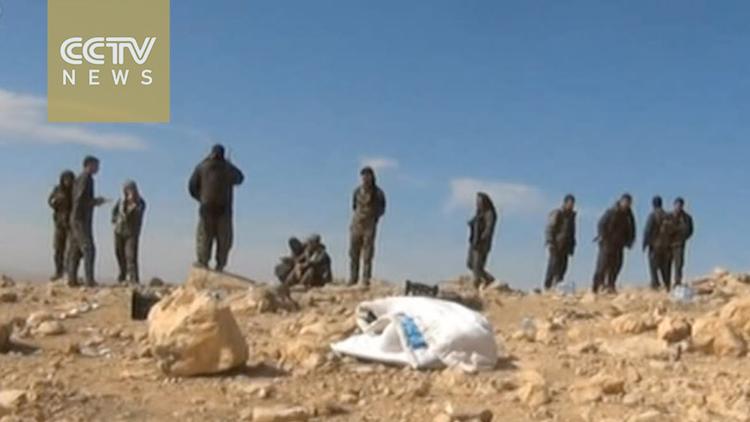 Syria’s Kurds have decided to declare a federal province in the northeast of the country and along the northern border with Turkey.

Many Arab states are unitary rather than federal and for the most part provincial governors are appointed by the central government and the central state controls local education and other policy. The Russian deputy foreign minister Sergei Ryabkov recently suggested that one resolution of the Syrian civil war might be to move the country to a US- or Canada-style federal state where the provinces retain substantial powers and prerogatives.

Some pundits are interpreting the Kurdish move as a form of separatism, but so far it seems more like a demand for states’ rights, Alabama-style. The Kurds are frustrated that they have been excluded from the Geneva peace talks, and are in part making the point that with 10% of the Syrian territory in their control, they are too important to snub.

Kurds are the major non-Arabic-speaking population in Syria, accounting for roughly 2.2 million out of 22 million, though their proportion has likely increased because over 4 million people have fled the country. Most Syrians speak Arabic, a Semitic language related to Hebrew and Amharic. Kurds speak an Indo-European language ultimately related to English. The Arab nationalist Baath party that took over Syria in the 1960s tended to racialize Arabness (it is a language, not a race), and the government withdrew citizenship from large numbers of Kurds, leaving them stateless. At the beginning of the 2011 Syrian youth revolt, dictator Bashar al-Assad went to the Kurdish regions and told them he would reinstate their Syrian citizenship, but that was rather late in the day.

In 2013, as the Syrian state was collapsing, the Kurds there, largely ruled by the leftist Kurdish Democratic Union Party, declared self-rule and established three cantons, Jazeera, Kobane and Afrin, strung out along the northeast portion of the border with Turkey. The military conquests of the KDUP’s paramilitary, the YPG or Self-Protection Units have allowed the Kurds to join Jazeera to Kobane, and recently they have made moves to hook up with Afrin. They call the whole proposed province “Rojava.” In 2014 the Kurdish project was threatened by the expansionist Daesh caliphate, which hates the leftist Kurds. But the YPG, with American aerial help and some help on the ground from Arab allies and from the Peshmerga paramilitary of Iraqi Kurdistan.

The Turkish government of Tayyip Erdogan strenuously objects to the idea of a Kurdish province in Syria. Erdogan sees that Democratic Union Party as a branch of the Kurdistan Workers Party, a terrorist organization based in eastern Turkey and in Iraq that specializes in dirty war tactics and both attacks on Turkish troops and on civilian soft targets (the latter being terrorism). The case for the Syrian Kurds engaging in terrorism, however, is weak. In any case, Russia seems to have given the Syrian Kurds a green light, and the US Pentagon is also strongly backing them, and Turkey may just be faced with a local/ Great Power fait accompli.

The idea of Syria as a Federal state has virtues, since even once Daesh (ISIL, ISIS) has been defeated in rural Sunni provinces like al-Raqqa and Deir al-Zor, the Sunni populations there are not going to want to go back under Baath rule. If provinces can have their own prerogatives and are less dictated to by Damascus, it might make it easier for Syria to come back together (it will be fragile in any case).