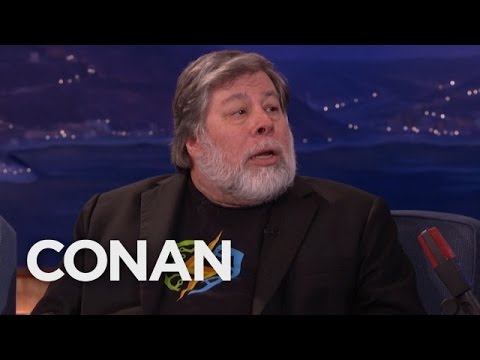 Last week, EFF filed a brief in support of Apple’s fight against the FBI, in which we argued that forcing Apple to write—and sign—a custom version of iOS would violate the First Amendment rights of Apple and its programmers. That’s because the right to free speech sharply limits the government’s ability to compel unwilling speakers to speak, and writing and signing computer code are forms of protected speech. So by forcing Apple to write and sign an update to undermine the security of iOS, the court is also compelling Apple to speak in violation of the First Amendment. Along with our brief, we published a “deep dive” into our legal arguments, which you should check out before reading further.

Our argument got some positive attention, but it’s also raised valid questions from folks who aren’t totally convinced. This (long) post attempts to clear up some of those questions.

A caveat: First Amendment doctrine has a lot of facets. Much as it would be nice to present a grand unified theory of free speech, that isn’t the function of a legal brief, or of this FAQ. We’ve made an argument that is firmly grounded in First Amendment case law and that fits the particulars of Apple’s case. Nevertheless, it’s important that our argument be consistent with well-accepted government practices. We think what the FBI wants Apple to do is unprecedented, and an Apple win here wouldn’t risk making every government regulation into a constitutional violation.

With that out of the way, here are some common questions we’ve heard:

Isn’t Apple’s signature more like an instruction to the iPhone and not speech at all?

In order for the court’s All Writs Act order to violate Apple’s First Amendment rights, it has to implicate First Amendment-protected speech. So is the code that Apple would be forced to write and sign really speech? To the extent that most users think about what applications are, they tend to think of them in functional terms: code causes the computer to do something.

But courts that have examined First Amendment protections for computer code have been clear that software has both functional and communicative elements. Just like musical scores, code communicates ideas, and it is interpretable by (some) people. To use the language of First Amendment law, code is “expressive.” And just like other forms of communication, code can be elegant or messy, terse or verbose, and so on.

Apple’s signature conveys its strong endorsement of the signed code, what the Supreme Court has called “an affirmation of a belief.” Apple says it believes in strong security for its devices, and it has designed them to run only signed iOS code as a means to ensure this security. (You can certainly quibble with this as a means to enforced walled gardens, but it is a conscious choice.) When Apple signs code, it is conveying, among other things, that (1) the code originated with (or has been reviewed and approved by) Apple; (2) is authentic and has not been modified by a malicious third party; (3) and is safe to run on an Apple device.

Given this, forcing Apple to sign code it does not want to sign is clearly expressive, just as forcing parade organizers to include marchers they do not want injects an unwanted message into the parade. As we argue in the brief, the court’s order is “akin to the government dictating a letter endorsing its preferred position and forcing Apple to transcribe it and sign its unique and forgery-proof name at the bottom.”

Isn’t the “audience” for Apple’s speech just the phone? Or the government? And can’t Apple say it doesn’t “agree” with this speech?

Even if you accept that forcing Apple to write and sign code is compelled speech, you might think it’s a special case, since the only “audience” is the single iPhone 5c that the FBI wants to unlock. According to this argument, it might be different if Apple were forced to push weakened iOS updates to non-consenting users.

But that’s simply not how the First Amendment works. Forcing Apple to engage in speech that is only transmitted to the government, in private, is compelled speech nonetheless, just as the Supreme Court has held that is unconstitutional to force benefit seekers to sign a loyalty oath that only the government sees. And it’s irrelevant that Apple can spend as much money as it wants telling the world that it doesn’t “agree” with the signed code—the Supreme Court has likewise made clear that compelled speech is unconstitutional even when speakers can use other channels to disavow that speech.

What about cigarette labeling and highway safety mandates?

Wouldn’t this argument invalidate a whole range of government regulations—like mandatory labeling for cigarettes or nutritional information on food packaging? What about highway safety rules—bumpers, wheels, and the thousands of other arguably expressive choices that go into making a car that’s allowed on US roads? Wouldn’t companies be allowed to disobey any time a court’s order required them to engage in some speech—such as when a CEO has to order employees to shut down a factory that is illegally polluting?

As we’ve said, we think this is an especially egregious case that rises above lots of other hypotheticals that might incidentally involve compelled speech.

Second, many safety regulations might indirectly require companies to make certain design decisions in order to comply. For example, since the late 80’s, cars have been required to include a “Liddy Light,” a center high-mounted taillight to improve visibility when stopping.

These regulations are distinguishable from requiring Apple to write and sign code, which is a compelled affirmation of belief. Safety regulations are aimed at the non-expressive elements of car designs—the government is making a judgment about necessary safety specifications, not their aesthetic or expressive content. Thus they are arguably subject to a less stringent form of constitutional scrutiny. By contrast, compelled writing and signing of code would require Apple to falsely endorse the government’s chosen version of iOS, which Apple believes to be detrimental to its users’ security. This is somewhat like requiring a food manufacturer to include an ingredient the company feels is unsafe for consumption and then label the package with the company’s “seal of quality.” Apple’s signed code is inherently expressive; indeed the government wants to force Apple to sign the code precisely because of the message the signature conveys.

Even if a certain safety regulation is considered a speech compulsion, it would not be automatically unconstitutional. Even under so-called strict scrutiny, the government can compel speech if it can show that the compelled speech is narrowly tailored to advancing a highly important public interest that cannot be addressed in any other way. With safety regulations, the government may be able to demonstrate the necessity of specific designs, particularly since they’re part of comprehensive regulatory schemes. Similarly, forcing a CEO to order a factory to be shut down might compel some speech, but this rather incidental burden on the CEO’s First Amendment rights could well be justified in light of the government interest at stake. In Apple’s case, the government has not demonstrated any such necessity, nor that the All Writs Act order is narrowly tailored.

Of course, these aren’t the only questions in Apple’s fight, and free speech is just one of many reasons to oppose the government’s demands. But the First Amendment is an important protection for strong encryption, and we’ll rely on it as the new Crypto Wars roll on.

Team Coco: “Steve Wozniak On Apple’s Battle With The FBI – CONAN on TBS”