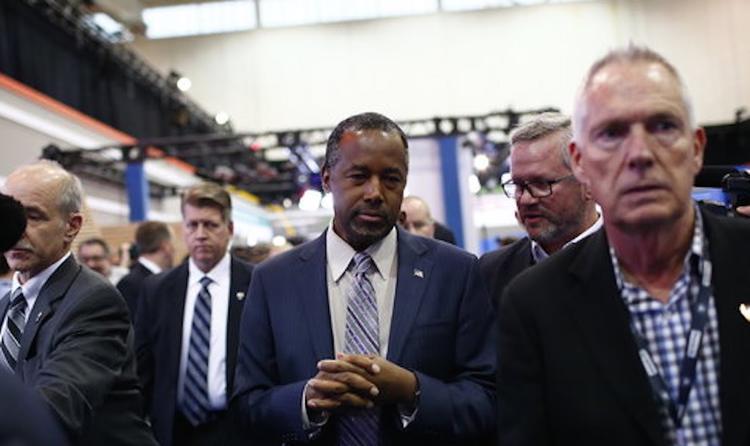 Ben Carson is withdrawing from the GOP primary fight.

Since he has emerged as the front runner, the focus of the press and politicians has been on Donald Trump and his erratic and often bizarre pronouncements.

But back last fall, Trump was running neck and neck with Ben Carson, who said things even more wacky than did Trump. That Carson was for several months so popular with GOP voters is evidence that the Trump phenomenon is not about Trump. It is about Republican voters, who like several flavors of crazy.

Here are some Carson pronouncements on Islam and the Middle East

1. Despite the Constitution’s rejection of a religious test for office, Carson maintains that a Muslim should not be president of the US. He maintains that a believing Muslim could not perform the duties of his office.

2. Carson visited Syrian refugees in Jordan and pronounced that they did not want to come to the US. Life in refugee camps is pretty horrible; I think they’d take a visa if it were on offer.

3. Carson urged that the US turn its foreign policy toward Iran over to Israeli prime minister Binyamin Netanyahu and just carry out his commands.

4. Carson wants to declare the Muslim Brotherhood and the Council on American Islamic Relations (CAIR) terrorist organizations, even though they are peaceful.

5. Carson argued that droning Middle Eastern women and children could be justified as ‘merciful’, and that “You have to be able to look at the big picture and understand that it’s actually merciful if you go ahead and finish the job rather than death by 1,000 pricks. . .

Ben, we bloggers will all miss you, as will all the standup comedians.