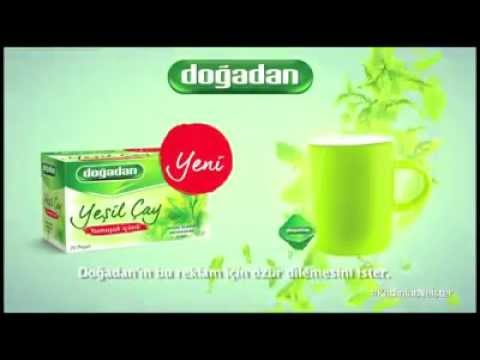 March 8 is marked as International Women’s Day in Turkey, and is typified as elsewhere across the world by speeches appreciating the role women play both in the workplace and at home.

Yet for the remainder of the year, women face an uphill struggle to gain recognition and respect in a country where sexism still sells.

Fruit juice purses and the joy of detergent

Recent times have seen a number of Turkish television commercials play up to existing gender stereotypes, some of which caused enough controversy for them to be discontinued.

One such commercial was for the well-known Pınar food company. This January, Pınar decided to release a fruit juice specifically for women — packaged in pink, of course — that can also be used as a purse.

These eyes have seen sexist diaper, bleacher, and chocolate commercials. But SEXIST JUICE… Could you ever have believed it?

Another was tea brand Doğadan’s “What do Women Want?” advert, released last April, which portrayed women as perennially in fear of their 30th birthday and desperate for sweet food among other things.

When a group of women struck back at the commercial with their own subtitled take on what they want and don’t want, they forced an apology from Doğadan.

Although many thought this campaign would prove a turning point in the battle against women’s objectification-for-profit, the P&G group’s detergent company ALO swooped in with a new low at the beginning of this year.

The brand’s commercial features a heroine, who struggles to get married because she cannot wash her clothes white enough, before a prince-like figure saves her by throwing a pack of detergent in her direction.

There are not many commercials as stupid as the ALO one… yes, my dear, yes, we do nothing but wash dirty clothes all day…

‘Get ready for the perfect change’

Change.org campaigns have helped effectively cancel a number of these commercials, but television programs that are persistent gender stereotyping offenders can be trickier to tackle.

One of the most recent and concerning programs to light up daytime TV in Turkey is on channel TV8 called ‘You are Much More Beautiful This Way’.

Ladies, it is just the right time for a head to toe change…
Plastic surgeries, a different hair style, new clothes, and a brand new style…
An extraordinary show “You are Much More Beautiful This Way” is starting!
The decisions are made by your husbands, your coaches help you throughout the way, so that you ladies will obtain the perfect look…
If you say “I am ready for a change and I trust my husband”, this show is just for you…
Get ready for the perfect change.

On eksisözlük, a widely used online forum, a user named yazdimbunu makes the following comment about the show:

It is like a joke, I have never seen something this bad. It will probably have a short life, since it is truly disgusting. One guy yelled at his wife “you are going to wear these and walk next to me like a lolita”, another guy is complaining about his wife’s wrinkles, getting her marked by a plastic surgeon as he shows which wrinkles he would like to get rid of. Ten minutes are sufficient to witness such vile things.

The show also saw an outpouring of criticism on Twitter:

#YouAreMuchMoreBeautifulThisWay, so what is it, if we do not pop out of our mothers’ wombs as models, all the talking orangutans will criticise us?

Stop creating such stupid shows that humiliate women while taking the male ego through the ceiling!

And now for some politics…

On March 6, Turkish Prime Minister Ahmet Davutoğlu gave a speech at an event named “Woman is Life”, in honour of International Women’s Day.

His speech was aimed towards men, stressing that men should protect women’s honour wherever they are, and that they should never use violence against women.

On the very same day, women were demanding their rights and freedom on the streets of Kadikoy district, Istanbul, where it was reported police told them “you go, let your men come over here.”

140 Journos: A women was told: “You go, let your men come over here instead”, during the police interruption of the #8March walk in Kadikoy.

But in this era more than any other, the struggle against such attitudes is played out in real time, meaning such words only provoke an ever-stronger counter-reaction each time they are spokem.

Go away! Let your women come over! #WomenAreResisting

Although resistance is by necessity a daily task, March 8 provides a crucial space for women in Turkey to express “what women really want” . . .