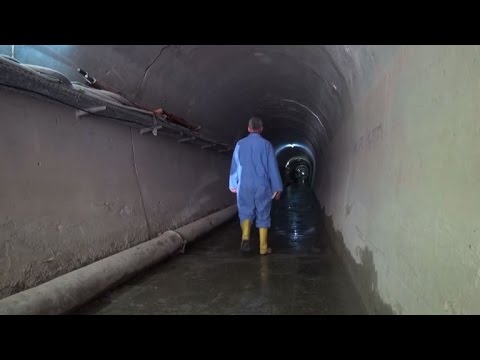 The U.S. Embassy in Iraq warned its citizens to be ready to leave the country as the Mosul Dam faces a “serious and unprecedented” risk of bursting.

The U.S. Embassy to Iraq on Monday told its citizens to be ready to leave Iraq, warning the risk of the Mosul Dam collapsing is “serious and unprecedented” and could kill up to 1.4 million people living along the River Tigris.

Iraqi officials have sought to play down the risk but Washington urged its citizens to make contingency plans now.

A U.S. security message cited estimates that Mosul, which is northern Iraq’s largest city and under control of Islamic State insurgents, could be inundated by as much as 70 feet (21 meters) of water within hours of the breach.

Cities downstream on the Tigris River such as Tikrit, Samarra and the Iraqi capital Baghdad could be inundated with smaller, but still significant levels within 24-72 hours.

“We have no specific information that indicates when a breach might occur, but out of an abundance of caution, we would like to underscore that prompt evacuation offers the most effective tool to save lives of the hundreds of thousands of people,” the security message said.

Iraqi Prime Minister Haider al-Abadi said on Sunday precautions were being taken, but described the likelihood of such a scenario as “extremely small.”

Islamic State seized the dam in August 2014, raising fears they might blow it up and unleash a wall of water on Mosul and Baghdad that could kill hundreds of thousands.