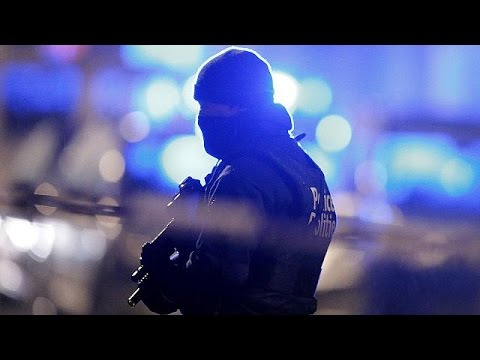 The various nostrums proposed to counter Daesh (ISIL, ISIS) terrorism in Europe and North America by Donald Trump and Ted Cruz (armed patrols by police of putative “Muslim neighborhoods”, a Muslim exclusion act, etc.) are of course complete non-starters. So too are killing the children of terrorists or carpet-bombing cities like Mosul. They are unconstitutional or war crimes and are impracticable, so they are just demagoguery– hatemongering in search for votes by bigots and the ignorant.

When Timothy McVeigh and Terry Nichols blew up the Murrah Federal Building in Oklahoma City in 1995, killing 168 people, injuring more than 680 others, and destroying or damaging 324 buildings, the response of the FBI was not to suggest armed patrols of lower middle class white neighborhoods.

One thing law enforcement considered was that McVeigh used a fertilizer bomb. So the authorities began being more careful to monitor large purchases of fertilizer. You zero in on the technical enablers of the instruments of terrorism, not on the ethnic groups from which the terrorists hail. In the case of Brussels, the perpetrators used TATP, and European authorities just need to focus on making it harder to make or easier to detect (I’ll leave the technical details to the experts). Even easily available materials can be monitored. When meth manufacturers started using over the counter sudafed in the US, authorities started requiring a prescription for it. Plus, there are ways to detect TATP and it would be less costly to implement them at airports than to try to monitor all potential terrorists all the time.

Just organizing and training police or gendarmeries for counter-terrorism is important. Belgium authorities did not know what to do with Turkey’s warning that Ibrahim El Bakraoui had been trying to join ISIL in Syria but was detained and deported. That report should have been a big red warning sign (not to mention that El Bakraoui was in violation of his parole and could just have been picked up and sent back to prison very easily). These essential mistakes are procedural and come from police and police officials not recognizing warning signals or not problematizing terrorism as a category of activity that requires vigilance.

You don’t focus on ethnicity, you focus on particular networks. Most lower-middle class whites in the US are, it goes without saying, not dangerous. Most Moroccan-Belgians in Brussels are upright citizens, and they were among the victims of the bombings, about which there are few headlines. You just have to invest in infiltrating small networks. You can’t watch everyone who goes to a white supremacist meeting or who goes to fight in Syria and comes back, but you can watch the groups they are likely to join. Undercover FBI field officers have done a lot of excellent and dangerous work in the US among white supremacist groups.

In the instance of terrorism coming out of discriminated-against communities, community policing can be effective. The representatives of the state have to learn to treat those communities with dignity. Terrorism doesn’t seem to be impelled by poverty, but by humiliation. That is why Trump/Cruz hatemongering makes things worse, not better.

Alerting members of a community to the dangers of the radicalization of their youth is also important. If little Johnny shows up with neo-Nazi tats, that might be a bad sign. Like community policing, community awareness is something that requires respect and building of relationships.

Finally, keeping terrorism, among other crimes and threats to life in society in perspective remains important. It is distressing and needs to be combated, but most people in the US and Europe are far more likely to be hit by lightning than to be killed by terrorism.