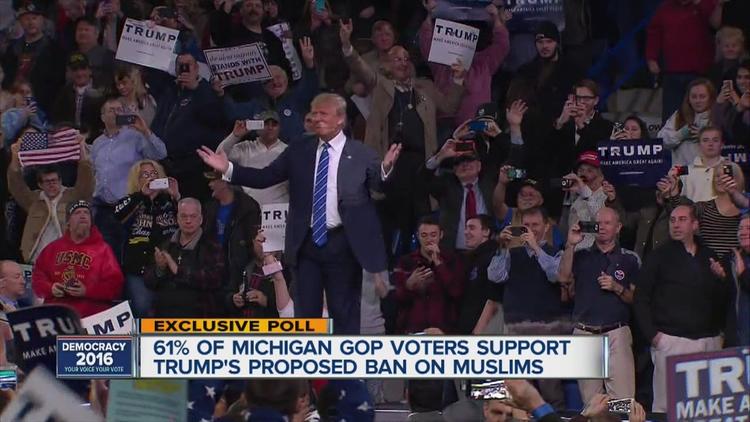 The U.S. citizen of Pakistani descent was dressed in sunglasses and a long South Asian coat.

An Asian American was escorted from a Donald Trump rally in Warren, Michigan after repeatedly shouting that, “Not all Mexicans are rapists, not all Muslims are terrorists.”

Saqib Javed, a resident of Warren, dressed for Friday’s rally in sunglasses and a long South Asian coat known as a sherwani and interrupted Trump 40 minutes into his speech.

Within moments the 22-year-old was grabbed by security guards and led out in an incident that Javed recorded on his camera.

“There was a reason I dressed the way I dressed — I wanted Trump to realize that America is not just for white people,” Javed told the Free Press.

“America is full of diversity, different races, different religions, it’s a melting pot. I want him to realize that he can not say bigoted things about minorities in this country. We are just as important as the majority, and that’s why I spoke out.”

#SaqibJaved I am #inlove with you! #SaqibJavedforPresident Love the #volume (His glamorous exit from a Trump rally) pic.twitter.com/tkqCSduL9B

As he was being led out by police, Trump mocked Javed.

Javed, who was born in the U.S. to Pakistani immigrants, is the latest minority protester to be kicked out of a Trump presidential campaign rally.