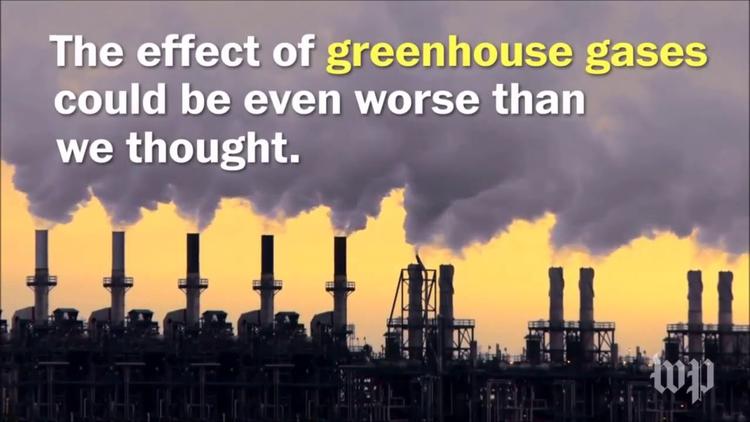 Saudi crown prince Muhammad bin Salman announced Friday that Saudi Arabia would use its oil assets to back a $2 trillion sovereign wealth fund. The move suggested to many observers that the kingdom is preparing for a likely end of the petroleum business and transitioning to being primarily an investor. While it is true that the money for the sovereign wealth fund is expected to come from petroleum sales, it also seems clear that the kingdom recognizes that it has a stranded asset that won’t be nearly as valuable in a decade or two as it is now. It could even end up, like coal, being regulated out of existence in many countries.

1. Climate change denial, which the Saudis pushed and helped fund, has failed. A majority of Americans now accepts that humans burning fossil fuels is causing global warming. And that’s in anti-science, capitalist-ridden America. Everywhere else in the world it goes without saying. Since the impact of global warming will become increasingly apparent in the coming decades, likely pressure to abandon burning fossil fuels will grow. Already, most new investment in power plants is in renewables, not coal and gas.

2. Another fossil fuel, coal, is being quickly phased out and will likely be illegal in fifteen or twenty years. It is being phased out by the Environmental Protection Agency because it puts out pollutants, including CO2. The writing is on the wall for coal and petroleum.

3. More affordable, longer-range electric cars are now coming on the market, with the Chevy Bolt due next December and Tesla 3 the following year. Most petroleum is used for transportation, so electric vehicles are deadly to that market. The new generation of electric cars is less than $30,000 in the US after tax rebates. And it typically can go 200 miles on a charge. Tesla is putting fast recharging stations everywhere it can, and people have already gone across the country in a Tesla. Battery costs are falling and batteries are becoming more efficient, so the writing is on the wall for the combustion engine. Consumers are combining electric cars with solar panels on their houses, getting free fuel. Low gasoline prices won’t impede solar car sales because prices would have to fall another dollar US before EVs would not be worth it.

In as little as fifteen to twenty years, petroleum may be illegal in some places; and will be in retreat everywhere. Saudi oil is a stranded asset. So they are attempting to create a revenue stream from investments. As for fossil fuels, their business model is under severe pressure.