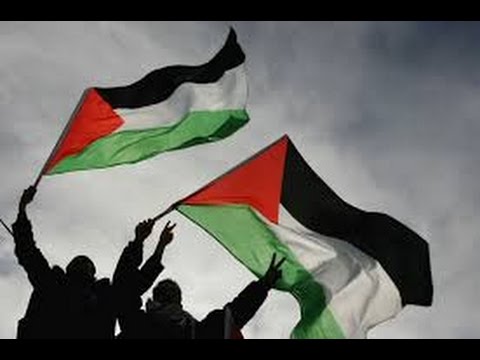 On Tuesday, Tax Day, activists delivered a petition with more than 5,000 signatures to IRS offices across the United States demanding the tax-exempt status of the Jewish National Fund (JNF) be revoked due to its role in displacing Palestinians and supporting illegal Israeli settlements.

The petition was delivered to offices in Oakland, San Francisco, Chicago, and Minneapolis. A delegation in Washington, DC attempted to make a delivery to the IRS Building but was turned away.

“We wanted to use the occasion of Tax Day to highlight how U.S. taxpayers are contributing to Israel’s ethnic cleansing of Palestinians through the JNF being a tax-exempt organization. It is completely unacceptable that an organization engaging in war crimes is considered to be a charity in the United States,” said Ramah Kudaimi of the US Campaign to End the Israeli Occupation.

“I am an American Jew and as such am very familiar with the little blue JNF boxes found in many Jewish households. Our families and synagogues encouraged putting change in these boxes, which, when filled would be donated to the JNF to ’Plant a Tree’ in Israel and ‘make the desert bloom,’” wrote Sylvia Schwarz in a piece published by The Hill. “Hidden from us amid the rhetoric of making the desert bloom was the reality of ethnic cleansing.”

The petition was launched on March 30, Palestinian Land Day, which commemorates the day in 1976 when Israeli troops killed six Palestinian citizens of Israel who were peacefully protesting the appropriation of their land. On that same day the National Lawyer’s Guild (NLG) submitted a regulatory challenge and accompanying legal complaint to the IRS requesting an investigation into the charitable status of the JNF on grounds of discrimination and contravention of U.S. policy.

These actions targeting the IRS are part of a larger international Stop the JNF Campaign that seeks to end the JNF’s role in Israel’s continuing displacement of Palestinians and is connected to the growing boycott, divestment, and sanctions (BDS) movement in support of the Palestinian struggle for freedom, justice, and equality.

“For nearly 70 years Palestinians have been resisting Israel’s continued theft of our land,” said Nick Sous of the US Palestinian Community Network. “So many Palestinians have been directly impacted by Israel’s stealing their land with the support of the JNF and it is shameful that the IRS actually awards people who donate to support these illegal actions by allowing them to get a tax write-off.”