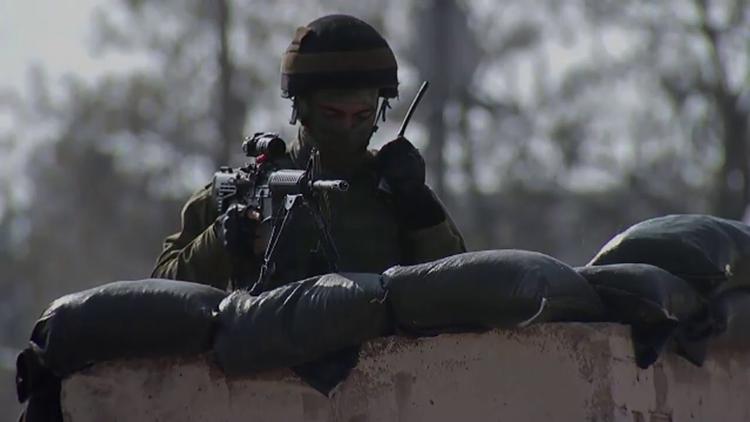 HEBRON (Ma’an) — The family of Abd al-Fattah al-Sharif said they would file legal procedures against the Israeli army in front of an Israeli court, after an autopsy of the 21-year-old Palestinian’s body confirmed that he was still alive when an Israeli soldier fired a bullet at his head at point-blank range, killing him.

A graphic video released by B’Tselem captured the moment the soldier stepped forward and shot al-Sharif in the head on March 24 in Hebron, after he had been gunned down and left lying on the ground severely wounded for several minutes after allegedly stabbing an Israeli soldier.

In a press conference at Hebron governor’s office, the al-Sharif’s uncle Fathi al-Sharif also urged the Palestinian Authority to file legal procedures against Israel at the International Criminal Court.

He also urged the PA and human rights organizations to push for the release his nephew’s body, which is still being withheld by Israel.

Hebron Governor Kamil Hmeid said at the news conference that the PA would “document the crime and refer it to international courts in order to expose the crimes Israel has been committing since the beginning of the popular rising in October 2015.”

Palestinian doctor Rayan al-Ali, who attended al-Sharif’s autopsy on Sunday, reiterated that “the last bullet which an Israeli soldier fired at al-Sharif’s head at point-blank range was the direct cause of death.”

Al-Ali added that he had prepared an in-depth report about the autopsy, which also revealed that al-Sharif was hit by seven or eight bullets which caused 17 wounds in his body.

The soldier who killed al-Sharif has claimed he acted in self defense and is facing charges of manslaughter rather than murder as had been widely expected.

He was released into open detention on Friday in an Israeli military camp, after an appeal by the prosecution was denied to extend his remand for another five days.

“We are concerned this killing may not be a lone incident,” UN High Commissioner for Human Rights, Rupert Colville said in a recent statement, adding that “all incidents where security forces have caused death or injury should be fully investigated, and those responsible brought to account.”

The unrest has been marked by a surge of small-scale attacks carried out by Palestinian individuals — predominantly on Israeli military targets — which have left nearly 30 Israelis dead, with the majority of suspected Palestinian attackers shot dead on site.

ITV News: “‘My son was executed by an Israeli soldier”